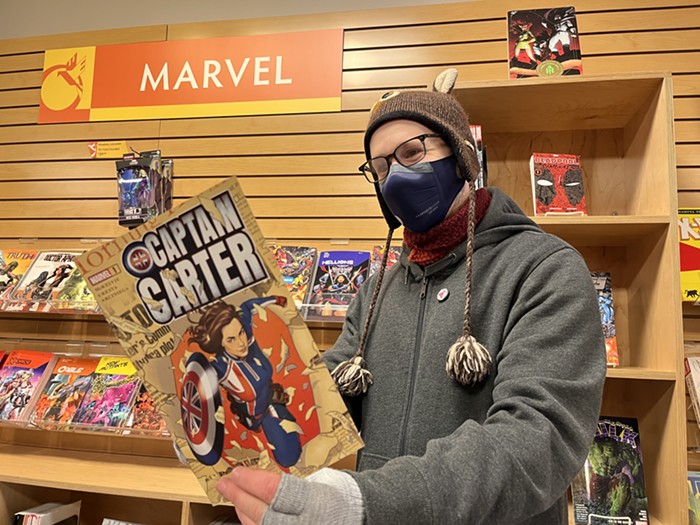 Picture it: December 23, 1987. You’ve been waiting all summer for the season premiere of your favorite show, Dynasty. What outrageous slapping fights will the obscenely wealthy Carringtons get into this time? What giant-shouldered Nolan Miller gowns will Joan Collins strut around the mansion wearing? Will they just let the Stephen character be gay for once in his life?

The show starts. They’re doing the recap from last season. You see all the familiar scenes of weddings and arguments and secret rendezvouses from last season. And then, mixed in the middle of the recap, one of the characters is shown stepping onto a spaceship.

It’s true — Season 8 of Dynasty starts with a recap that includes an incredible sci-fi scene that absolutely did not appear on the previous season of the show. It did occur on The Colbys, a short-lives spinoff that nobody watched. But if you’d only been keeping up with Dynasty, that spaceship clip would have thrown you for a real loop … especially since it’s never really explained.

I guess they just trusted viewers to figure out the spaceship storyline on their own, and since Dynasty was such a campy show, a little curveball probably didn’t destabilize things too much. But two comic books out this week are even more disorienting, and require detailed knowledge of prequels without ever stating as much. It doesn’t work well, alas. They are no Dynasty!

Thanks as always to Phoenix for helping to sort through the week’s new releases, and for the spirited arguments about where Marvel might be taking Captain Carter! 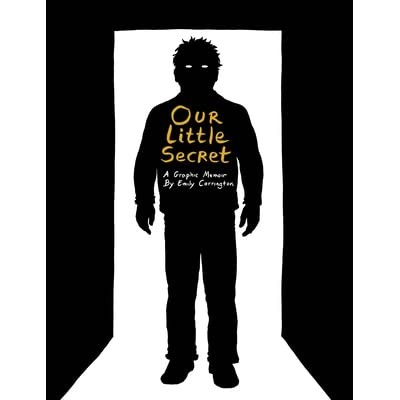 The cover of this book fully illuminates the entire experience that awaits inside: A bulky man’s shadow blocks a doorway, glowing narrow eyes in his dark silhouette, inescapable. It’s unsettling and scary, as is the true story within of the sexual abuse experienced by the author in her early teens, and the failure of Canada’s legal system to provide any measure of justice when she re-encountered her abuser. Though the author’s childhood sometimes seems idyllic — she lives in a pretty forest cabin, surrounded by animals — dread lurks over every page, with the possibility of further mistreatment by her harsh parents, another assault by the sinister neighbor, or (decades later) more bad news from her lawyers. Escape seems impossible, and yet we are left with a ripple of optimism that the cycle of torture can be broken, or at least stepped out of. Author Emily Carrington has effectively conveyed the exhausting misery caused by individual monsters and by an uncaring, sexist legal system. Readers who have no first-hand experience with such ordeals will find her account heartbreaking and illuminating; those who find it familiar will — hopefully — feel less alone.

Written and illustrated by Emily Carrington. 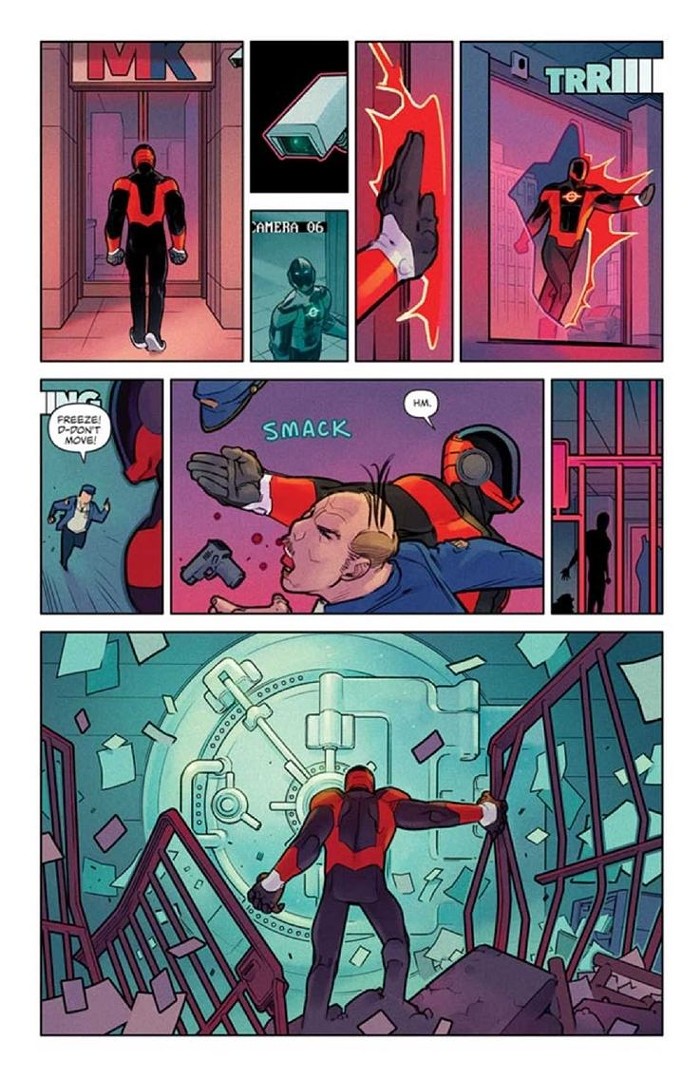 Who is Radiant Red? Nobody knows, and having read the first issue of this sequel to Radiant Black, I’m not sure I do either. Our heroine, Satomi Shen, is sitting on a secret: At first, only she and her partner seem to know that she’s assumed a secret supervillain identity to steal cash from banks; although a reporter is hot on her trail, and a mysterious stranger reveals that he not only knows what she’s done, but plans to blackmail her. A simple enough setup, but I kept flipping forward and backwards, confused about how much time had passed between panels, and whether characters’ appearances had changed or if they were simply drawn a bit differently. Adding to the disorientation, many scenes consist entirely of middles, with few beginnings or ends — how did we get here? How did this conversation resolve? Key details are simply missing, or worse, hinted at without explanation, like a tossed-off line in the middle of the book about Satoshi having broken up with her boyfriend … even though the prior scene seems to show a fight, not a breakup, and later we see Satoshi and her boyfriend calmly having dinner together. It’s hard to get into a story if it seems like it’s being told out of order.

WE LIVE: AGE OF PALLADIONS - BLACK AND WHITE

This series has an innovative release strategy — issue #1 comes out in two halves, a “white” issue and a “black” issue, each with different but related stories. It’s a followup to last year’s We Live, in which the Earth was doomed to collapse and a group of children was the last hope for humanity’s survival. With this new series, we’re jumping forward in time, and the Earth has been saved but just barely. Humans cluster in war-torn megalopolises protected against deadly monsters by domed force fields, and those shields are starting to fail. The survivors of the first book, now piloting superpowered Evangelion-esque robo-suits, are the last best hope to … well … uhhh … I’m afraid this is where I must leave you, because having read both the White and Black issue-ones, it’s hard to say exactly what the plan is. There seems to be a lot of punching and flying, but there’s no telling when it’s happening, who’s involved, or where they’re located. Meanwhile, leaders are contemplating a mass exodus from the failing city, but seem reluctant for unspecified reasons. It’s possible that there are explanations camouflaged in the dense technobabble dialogue, of which there is an abundance; but searching through both books’ voluminous text for plot exposition is like hunting for Waldo in a picture that he might not even be in.

ALSO: CAPTAIN CARTER IS BACK, THE AMAZONS ARE HERE, and LOOK AT THESE BABY VAMPIRES 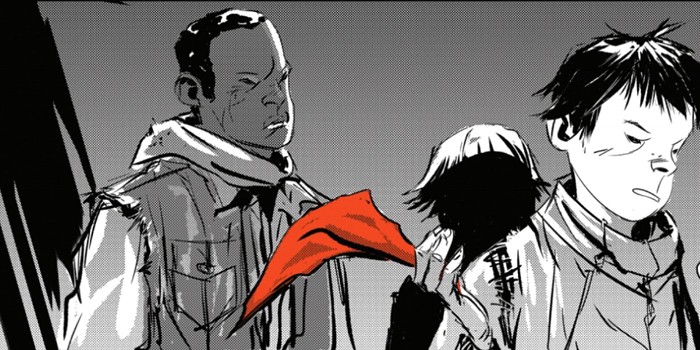 If you’re in the mood for superheroes, I’ve got good news for you: There’s a new Green Arrow book for younger readers, as well as Season 2 of Naomi, a new adventure for Spider-Gwen, and Trial of the Amazons bringing together a nice big clan of warriors. Also, Little Monsters looks like a lot of fun — a post-apocalyptic tale of vampire children — and also Squire, a graphic novel about a young warrior; and Messy Roots, about a young Chinese-American immigrant growing up in Texas. Oh and one more: Peggy Carter returns in a fascinating take on the story established on the Disney+ series What If?.
Sponsored