Yesterday, we ran an I, Anonymous titled "Some Parks Aren't for Pets." Today, a rebuttal.

Some parks aren't for pets. That's pretty understandable, and I myself have been frustrated with other dog owners who give us all a bad name (the poop, we get it, the poooop) But come on, parents of tiny humans, get it together!

Every dog park I can think of in Seattle is INSIDE another, larger, human-centered park. So why are you bringing your kids into the dog park to run, then acting horrified when the dogs chase them? Why are you so surprised when an animal responds to tiny fingers being wiggled in their face by nipping at them? Don't want your kid knocked over or startled into a tantrum by running or barking dogs? Here's an idea, take them to the playground built just for them!

It would be a shame to see all kids vanish from the dog parks, because I think we can all agree seeing kids and dogs romp around together is one of life's joys. But jeepers people, you still need to WATCH YOUR KIDS! I've seen kids feed other people's dogs gummy bears and cheerios and all kinds of stuff that can make them sick. At Magnuson I saw a child sucking his hot chocolate into his straw and spitting it out on the ground for fun. Chocolate! Literally the most commonly known dog poison, and do you think the boy's mother was happy I asked her kid not to do that? No, she was not.

As an uncle to human children I can say I see our society bending over backwards to help parents in a lot of ways (which is good) but that doesn't mean your sticky, precious little angels are the priority everywhere.

So, anyone in Harrell's office want to talk about my idea for a 21+ dog park?

Do you need to get something off your chest? Submit an I, Anonymous and we'll illustrate it! Send your unsigned rant, love letter, confession, or accusation to ianonymous@thestranger.com. Please remember to change the names of the innocent and guilty.
Comments 3
Tags: I, Anonymous
The Stranger depends on your continuing support to provide articles like this one. In return, we pledge our ongoing commitment to truthful, progressive journalism and serving our community. So if you’re able, please consider a small recurring contribution. Thank you—you are appreciated!
CONTRIBUTE NOW

I, Anonymous: Give Teens a Chance! I, Anonymous: Take the Mask and STFU 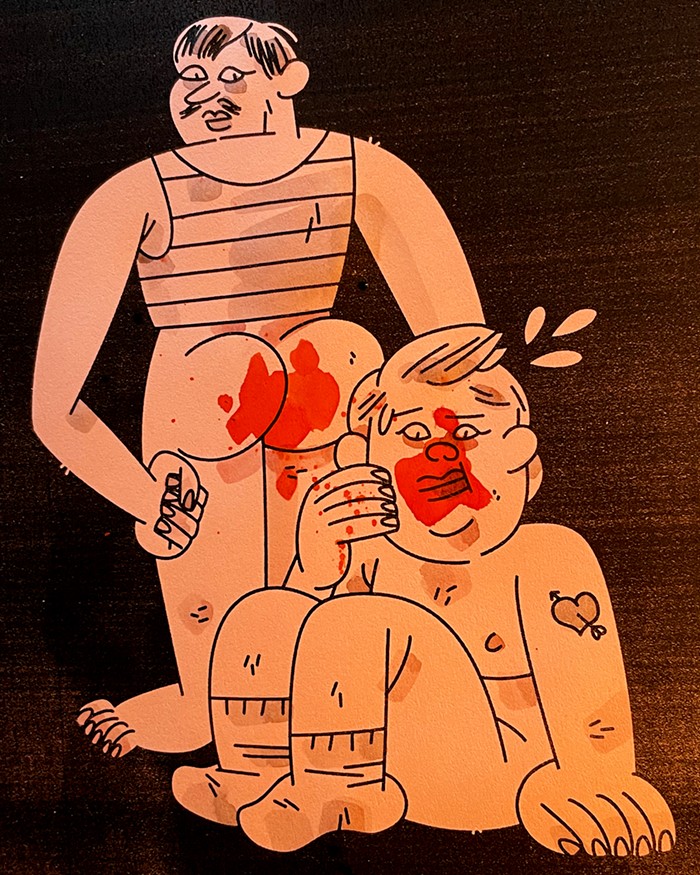 I, Anonymous: A Bloody Rimjob