Watch This Exclusive Clip from Sweetheart Deal, a Documentary Featuring the Voices of Sex Workers on Aurora Ave 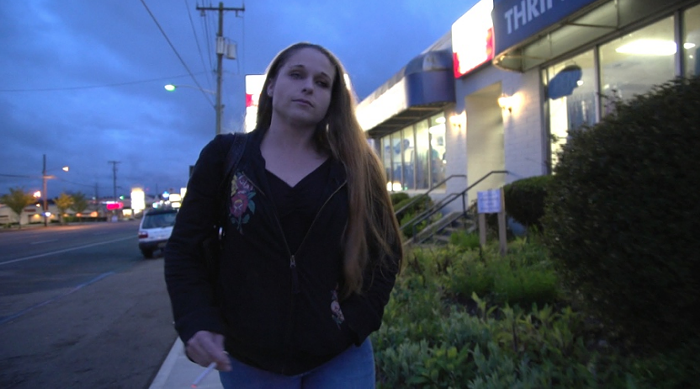 If Aurora Avenue could talk... Courtesy of Sweetheart Deal
The locally produced documentary Sweetheart Deal contains many messages, but if we unfairly reduce it to one, then it is this: The real crime of sex work is its criminalization.

If we lived in a city that didn't, again and again, force sex work into the underworld, then the key and terrible development in the documentary would have never happened. But the four women Sweetheart Deal follows (Kristine, Krista, Tammy, Sara—all addicted to heroin, all working Aurora Avenue during the previous decade) had no other place to go for immediate needs. They didn't have a place to crash, a place shoot up, or a place to decompress after a "bad date" except for in the RV of a man known as the Mayor of Aurora (Laughn Elliott Doescher).

One of the sex workers, Tammy, is aware that something is not right about Doescher, but the fact that she has this feeling of distrust is actually a form of protection for her. Tammy knows nothing good could come out of his charity. In the world she lives in, there's nothing that's offered for nothing. The other sex workers clearly give Doescher (an aging hippy by appearance and manner) a considerable amount of trust, which is why when his true motives are made public their first reaction is disbelief. It's nothing but exploitation upon exploitation all the way down this street.

What we also see in Sweetheart Deal is a 21st century capitalist city, which the directors (Elisa Levine, and the late Gabriel Miller) represent as dark, gloomy, and haunted. And there is Aurora, with its cheap motels, bad traffic, and seemingly endless nights. But the thing to keep in mind while watching this heavy masterpiece of Pacific Northwest noir is that the underworld it captures is right in the middle of a Seattle that's transitioning from an outpost to a major tech hub in the global economy. As billions are being transformed into luxury apartments, hotels, and office towers, Kristine, Krista, Tammy, and Sara work Aurora for scratch that comes with great risks to life and limbs. In one scene, the camera rises from the avenue, and we see the corporate towers of downtown in the distance. Is this what the Mayor means by "One Seattle"?