The horrible socialist mask mandate on Washington State Ferries is over. You can now "show your personality" and "be who you want to be."
Beginning today, three stations on Link (Roosevelt, U District and University of Washington) will have to do with just one track. "Maintenance work will be happening... from 11 p.m. until the end of service on Tuesday and Wednesday evenings," writes KIRO. This means you must not walk on any train that arrives at these stations. Some will be going your way, others will not. The reason for this inconvenience is a track maintenance project that's expected to take a quarter of this year to complete.

Some are now saying that Zeus will be in the clouds today, throwing bolts of lightning at an area, the Puget Sound, that's been experiencing a bit too much weather lately. Also expected to fall from the clouds, which are darkening at this very moment (8 am), is hail that's soft and hail that's hard.

Finally, freedom has returned to the ferries. You no longer have to wear a mask "onboard vessels or inside terminals" operated by Washington State Ferries. Enough of this bad business of being for others. You are once again free to just be yourself. Me, myself, I. Hallelujah. The American way. And so, and so on, and so on.

Delta claims that COVID-19 is now just a regular old bug. Nothing to worry about. A cough, some chills, and it's over. So, drop what you're doing, get to flying.

I don’t think the results of one judge shopped lawsuit has changed the nature of the virus, @delta. pic.twitter.com/ESRJZHkkf6
— Schooley (@Rschooley) April 19, 2022

Famous economist sees this happening in the near future:

A prediction about masking: Soon we'll be seeing many incidents in which those who choose to protect themselves with KN95s etc face harassment, even violence. Because this was never about freedom.
— Paul Krugman (@paulkrugman) April 19, 2022

Elements on the far right are trying to establish a new stage of American politics called Dark MAGA. According to Newsweek, this "post-alt-right" movement has an "aesthetic that promotes an authoritarian version of Trump in dystopian, Terminator-like images."

Vancouver BC cop on his rainbow patch: “I’m not ashamed to wear this. I am very proud to wear this. And I feel that I’m very fortunate to be able to build relationships with my community.”

A Metro Vancouver Transit Police officer is getting a lot of attention on TikTok this week after defending his rainbow chest police patch against would-be bullies.https://t.co/iv0hsC9f6z pic.twitter.com/FPLXRcVJpG
— CityNews Vancouver (@CityNewsVAN) April 19, 2022

It would also be very interesting to see a green, red, and gold patch on a police uniform. You know what I'm saying?

The boy in the disturbing video is accused of stealing a bag of chips. It's against the law to do that. Get with the program. Property must protected from people like this black boy.

Biden will run again in 2024? Apparently this is what he said to Obama, The Hill reports. This man will be an octogenarian before even the end of this year.

This weekend, a California man met the end of his life in an automated car wash. For reasons that are not known, the man "exited his Scion xB hatchback vehicle" while the massive and mindless machines where turning, soaping, and brushing. He got pinned between these machines and his automobile. He was dead when the cleaning of his car was completed. The police are trying to decide if the incident was "a traffic collision" or "an industrial accident."

Fox calls The Boss a "big commie." Fox, however, admitted that it still digs "Glory Days" and, of course, "Born in the USA." But all in all, "[The Boss has] turned into a massive pinko.”

This headline will certainly alarm Big Pharma: "Legalizing marijuana lowers demand for prescription drugs, study finds." The study was conducted by researchers at Cornell University, and what they found in states that legalized pot was a decline "in the volume of prescriptions targeting pain, depression, anxiety, sleep, psychosis and seizures." Pot, according this study, offers a much healthier way to treat these disorders of the soul.

Let's end AM with a track produced by a famous pothead, Tricky: 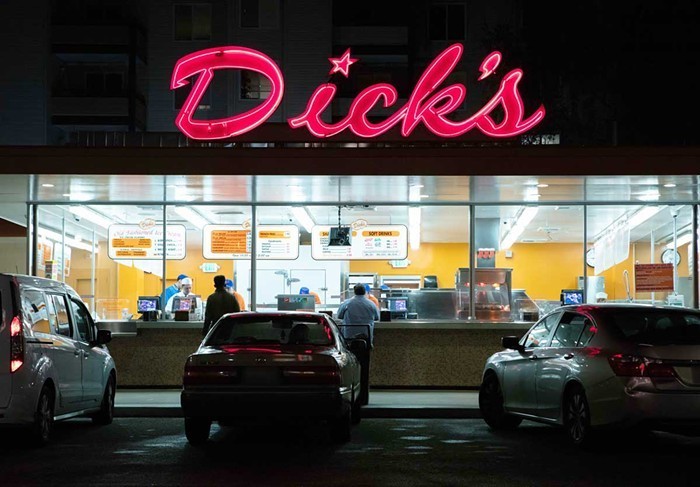