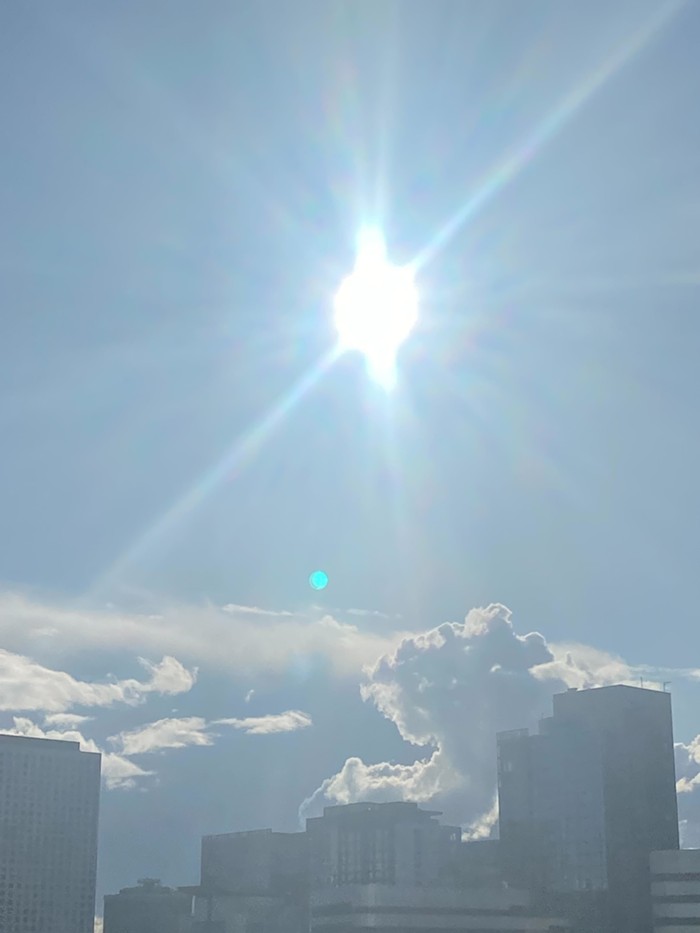 I'm trapped in my apartment. Here's a picture of the sun I took from my window. CB
Isn't April luscious? Of all the months, "it's the sluttiest one, April, all covered with droplets of spring." That line comes from Patricia Lockwood's poem Perfect Little Mouthfuls, which I recommend you read. The poem starts with this alarming line, "What have we dumped in the ocean? All the dolphins have begun growing breasts," and it only grows more slippery and nipple-focused from there. (Another line: "Men of the world / rejoice, it is no longer girly to own a calendar of dolphins...") Mutant dolphin breasts aside, I agree with Lockwood that dewy April is slutty. Today's edition of April was 10/10. While the weather gods teased excitement, we mostly got sunny skies and sexy trees.

Why am I talking about sexy trees and dolphin breasts? Because I got infected with COVID last week and the brain fog makes every day feel like 4/20. Blaze it! said my brain cells when they saw COVID enter the room.

Anyways, on to today's news...

Covid cases are rising in King County (up 16% over the last seven days) and it's masks off on King County Metro!

Or is it? As they say, masks are still recommended, just not required. 🥴

Another person dies after getting booked into the King County Jail: Earlier this morning, a 63-year-old man died at Harborview after the county booked him into its downtown facility, confirmed the county in a press release. It's the fifth death at the jail this year. "Seattle police brought the man to the jail, where he was booked at 3:12 a.m. Corrections Officers placed the 63-year-old in a holding cell, but minutes later noticed he had become unresponsive," reads the release. The county is investigating the cause of death.

There have been an "unusually high" number of deaths at the downtown jail this year, reported Paul Kiefer for PubliCola recently. In March, a 25-year-old died after hanging himself in one of the facility's cells.

Bombs over Ukraine: Biden told reporters this morning that the US will send more artillery to Ukraine. CNBC reports that the total package "is set to be about the same size" as the military aid package Biden announced last week, priced around $800 million. Biden also doubled down on his claim that the inflation we're experiencing is "Putin's," which the media loves debating.

A small number of Ukraine military will be trained by U.S. on how to operate Howitzers; that will happen in Europe. @PentagonPresSec says that training will happen soon but has not yet started #UkraineRussiaWar
— Mary Walsh (@CBSWalsh) April 19, 2022


Congrats to the passengers on Delta Air Lines flight 196 from Seoul-Incheon: You all were the first passengers to experience the new International Arrivals Facility at Sea-Tac Airport. The Port has pics. Most of those passengers looked like they were wearing masks, a la POTUS:

Today’s @POTUS trip to New Hampshire is the first Air Force One flight since the ruling that effectively ended the mask mandate on public transit and planes. In a note to those traveling with the president, the White House says it will require masks…as the CDC still recommends.
— Tamara Keith (@tamarakeithNPR) April 19, 2022

I don't remember Matt mentioning Sakura-Con in his morning news round-up on Monday (rude) but GeekWire has pics from the weekend of cosplaying. Aisle 1300 had swords.

Three crowns to give away: At the end of February, Slog highlighted how we're in the middle of a very busy season for Seattle's drag scene. Two major local drag competitions are happening simultaneously, one competition at Queer Bar in Capitol Hill and the other at The Comeback in SoDo. They're both ten weeks long and giving away a collective $15,000 in prizes to their winners. On top of all that, one major national drag competition, RuPaul's Drag Race, has swept up one local queen, Bosco, into its finale. All three of those competitions wrap up this week.

On Sunday, Queer Bar crowned its winner by audience vote: Issa Man, who earned a crown, bragging rights, and a cash prize of $7,500. This Thursday is The Comeback's finale, and this Friday is the finale of RuPaul's Drag Race. Congrats to all!

Here is Bosco going into the RPDR finale:

I love that little carnival bat.

Maybe Neighbours can get in on the drag competition frenzy: Capitol Hill Seattle Blog reports that TJ Bruce is the "prospective buyer" of Neighbours nightclub, located between Pike/Pine and Broadway. "The prospective buyer has been a prolific investor in West Coast gay nightlife with recent acquisitions and openings including an expansion of his Splash family of video dance clubs in Fresno, and an expansion of the Badlands clubs he is part of with a new location in the works in Portland," reports CHS Blog. (For more on Neighbours, read Mark van Streefkerk's profile of the club [and its ghosts] from last summer.)

Let's close out the day with some streaming schadenfreude: Netflix reported a loss of 200,000 subscribers during the first quarter. "It’s the first time the streamer has reported a subscriber loss in more than a decade," reports CNBC. The company also warned they expect to lose 2 million subscribers globally in the second quarter. Their shares "cratered" by 25% following the news.

Don't feel too bad for them: They can just borrow more money to wipe their tears with. "Debtflix" reported in a letter to shareholders today that the company is now "within the top end of [its] gross debt target range of $10-$15 billion." Yes, billion! 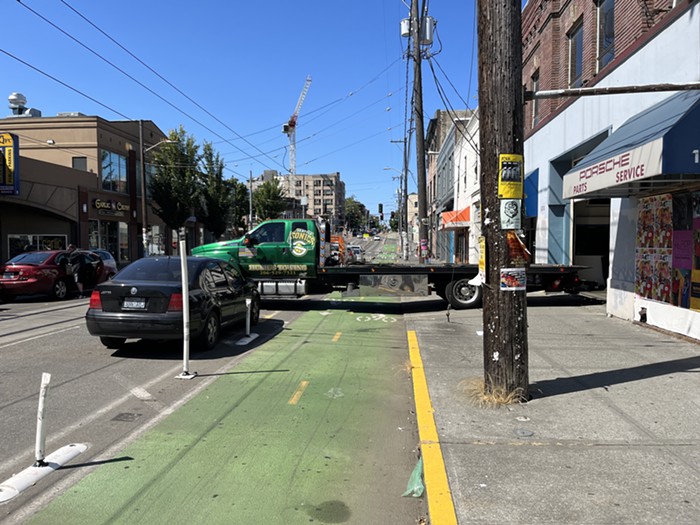 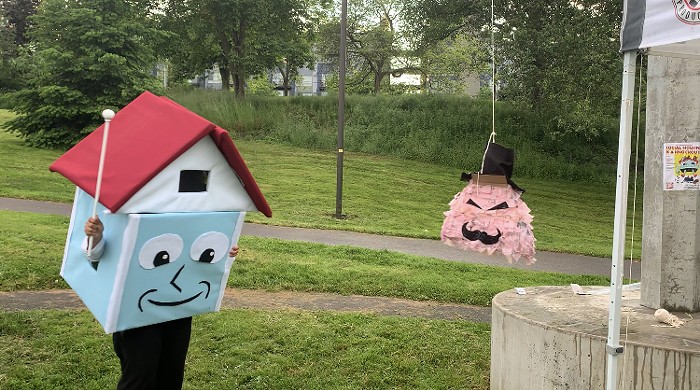