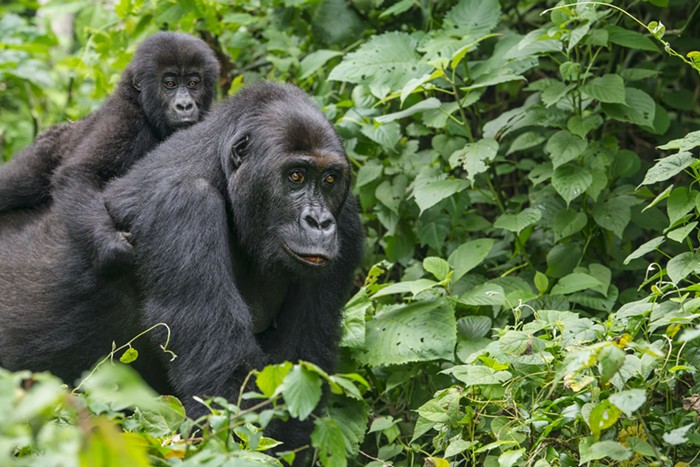 "They are finally making math books for us. Look. They are over there." guenterguni/gettyimages.com
By examining 21 of the math books recently banned by Florida due to, among other things, their "race" bias, New York Times saw very little was about "race, never mind an academic framework like critical race theory." They did however find "many of the textbooks included social-emotional learning content, a practice with roots in psychological research that tries to help students develop mind-sets that can support academic success." For the "conservative activist" who got his start in Seattle but is now a celebrity with, so far, only one cow to milk (Critical Race Theory, or CRT), Christopher Rufo, social-emotional learning of any kind is bad because it will "rewire" students' behavior "according to the dictates of left-wing ideology." Here, we finally get to the bottom of things.

True, Rufo is trying to translate his CRT success and its impressive revenue to other cultural domains, and thereby remain relevant in a political environment that can be as cold as it is finicky (remember James Edward O'Keefe? Remember Project Veritas? The whole prostitute at ACORN exposé—we will be saying the same about Rufo in the near future).

But the use of the word "rewire" in the context of the socialization of human children says all you need to know about the attack on CRT. It's racist, no question about that. It gives the right access to a public platform it desperately needs to keep its white base excited, and so on and so forth. But Rufo actually wants more than that. He wants the whole enchilada, or what Marx and the Young Hegelians called, rather imprecisely, species-being (Gattungswesen), the essence of a kind of animal.

Now, how do you rewire a mind of an animal that is in its essence what the cetologist Hal Whitehead calls ultrasocial? Is Rufo watching documentaries about raising gorillas and confusing them with us? They are great apes, too. But they are not even as social as the mammals Whitehead studies (sperm and killer whales). Gorillas have nothing that comes close to the hyperculture (as Whitehead calls it) we find in humans, elephants, and certain sea mammals.

This possibility (learning about the wrong ape) would be worth considering if we completely ignored the structure of our culture, which has at its core the accumulation and concentration of a form of social relationships called capital. Rufo (who clearly knows squat about sociobiology) is seeing things backwards—or, more accurately, is imposing on the natural, the grund of human sociality, one of its evolutionary products, the cultural.

The culturally (meaning historically) determined individual is, he claims, natural to the human. This is his understanding of rewiring. The hyper-individual is certainly found in nature (the squirrel in my yard, for example), but not in human nature. The hyper-individual would never produce that kind of society we see all around us, one that is entirely dependent on our natural cooperation. Even the things GOP love—massive pick-up trucks, aircraft carriers, oil pipelines, Trump rallies—could not happen without the human ultrasociality, a species super-power that capitalism captures and objectifies (more about this in another post).

For Rufo, any effort to connect education with the kind of animal we actually are can only be "left-wing ideology." But to say our brains are wired for mitsein, rather than selbst‐sein, is not only obvious but scientific. And this is the person advising the governor of Florida—a void into a void. The hard evolutionary science of human sociality is being displaced by nothing more than what in Japanese ghost stories the fox tricks people into believing is gold: straw.