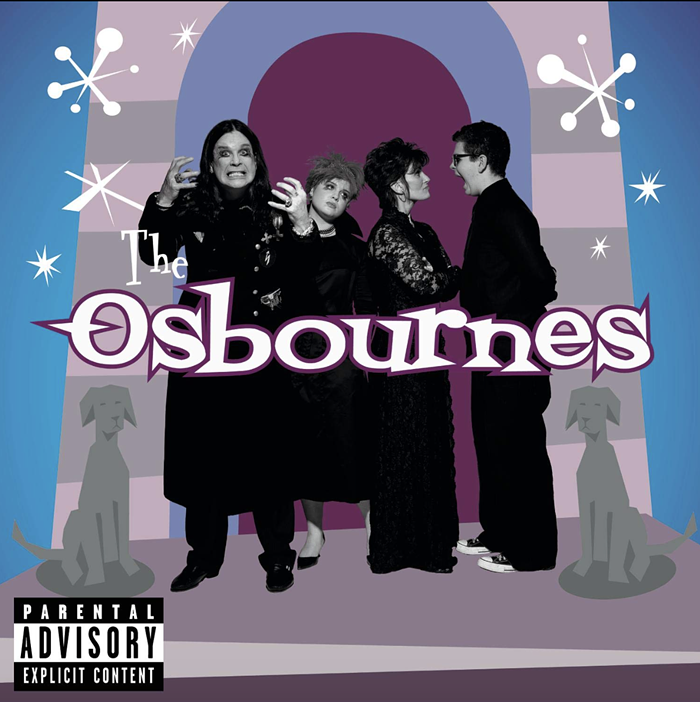 "We're not the Partridge Family." Courtesy of MTV
Unstreamable is a weekly column that finds films and TV shows you can't watch on streaming services in the United States.
👨‍👩‍👧‍👦 MAMA, I'M COMING HOME 👨‍👩‍👧‍👦
THE OSBOURNES
US, 2002-2005, 22 min episodes, Created by MTV 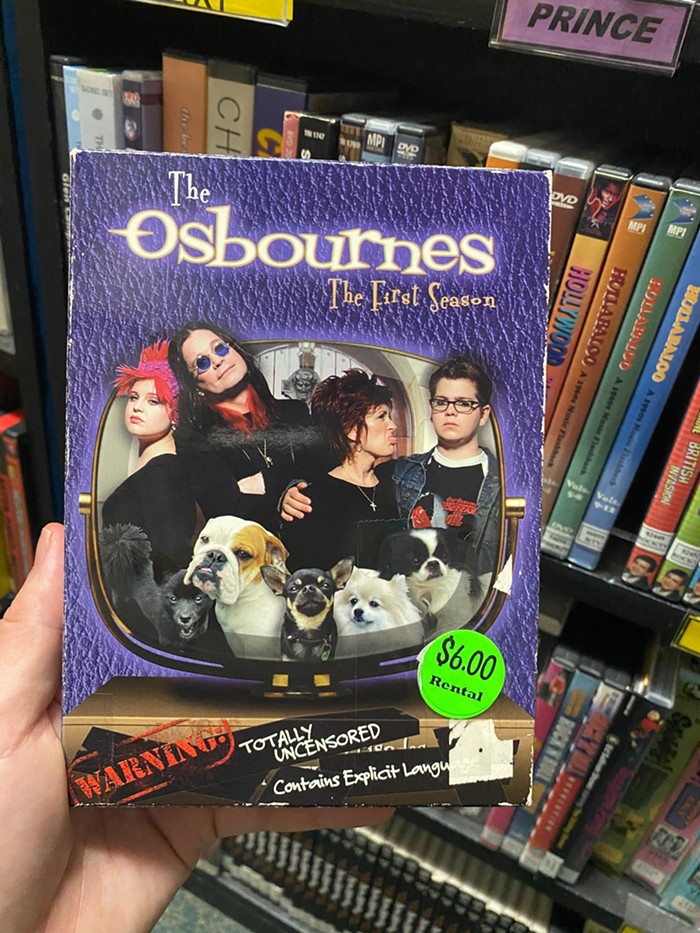 "TOTALLY UNCENSORED," meaning you get to hear all the fucks and cunts. Of which there are many. CB
The Osbournes are in the news again. Ozzy got COVID last week. Then Sharon got COVID. Now "the entire household has it," Sharon told The Talk UK. But it's not like the Osbournes ever really left the news. (Heavy metal's royal family is no stranger to controversy: Last year, Sharon's former colleagues accused her of saying racist and homophobic comments. She then went on a cancel culture tour and will now star as the victim in a four-part docuseries on Fox Nation about cancel culture, scheduled to drop this September. The cancel culture grift stays lucrative.) This crew is skilled at making pivots to stay in the discourse. Most famously: Instead of having their star wane with Ozzy's music career, the Osbournes caught hold of mainstream attention in the early 21st century through their Emmy-winning, reality TV-defining series about their family, The Osbournes.

You can't talk about the history of reality TV without talking about this show. Hailed as "television’s first celebrity reality show," the series follows Ozzy and Sharon and two of their kids, Kelly and Jack, as they putz around their Los Angeles mansion with celebrities coming and going (Elijah Wood! Diddy! Slipknot!). Ironically, the series seems profoundly wholesome today: the kids are late to school; the dogs shit all over the floor; the neighbors play their music too loud; the teenage son gets scolded for smoking weed. (Nevermind dad's high the whole time.) But in 2002, the show's crass honesty was genre-setting, becoming MTV's highest-rated show in its then 23-year history. And it holds up! Just, pro tip: If you watch, turn on the "Ozzy translator." CHASE BURNS 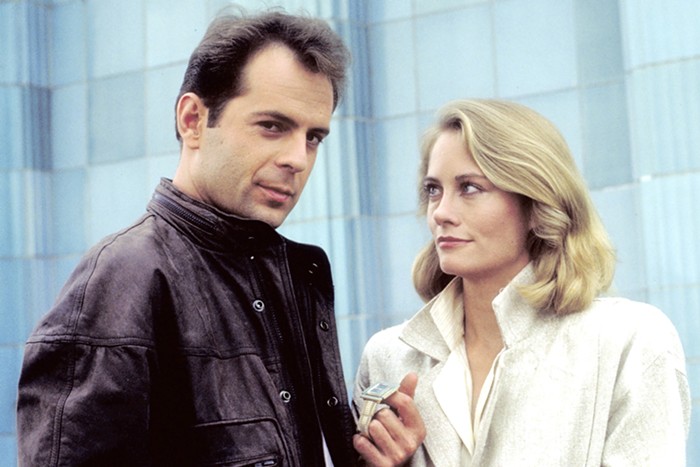 Will they? Won't they? Courtesy of ABC
There’s never been a better time for an appreciation of Bruce Willis and Cybill Shepherd’s late-’80s hit Moonlighting, a mind-bending TV experiment about two will-they-won’t-they private detectives. The show was both cursed and blessed: It had an incredible cast, both with the leads and with the numerous high-profile guest stars; a one-in-a-million ownership arrangement with the network allowed for unprecedented creative control; and the incredibly daring creative team was eager to push the boundaries of what was possible in an hour-long dramedy. The show is done in the style of a fast-talking Billy Wilder mystery, but with media-busting twists. Characters would sometimes turn to the camera to address the viewer, there’s a noir episode filmed in black and white, and the series finale, in which ABC executives interrupt the story to dismantle the show’s set, is mind-boggling and second only to I Married Dora (also unstreamable) in its ridiculousness. But for everything working in the show’s favor, there were some insurmountable obstacles, including the fact that many of the people involved couldn’t stand each other. The production schedule was exhausting for Cybill, who had twins during the series run; Willis was eager to graduate up into movies after Die Hard hit; and many fans considered the consummation of their on-screen relationship to be a shark-jump too far. It’s impressive and engrossing to watch a show try to break so many rules; it’s a shame that it also nearly broke the people making it. MATT BAUME
Available to rent at Scarecrow Video.
💵 ALL OF THIS FOR $70K? 💵
PAYBACK
US, 1999, 100 min, Directed by Brian Helgeland 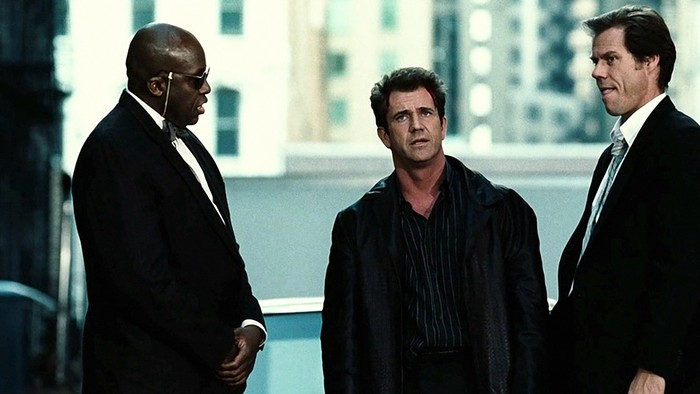 Lucy Liu is in this movie and she's hot. Courtesy of Paramount
I guess I really love to torture myself with the filmography of Mel Gibson for this column, eh? But Payback is far from the worst movie I've ever watched for Unstreamable (that designation goes to Faithful). In any case, this macho action neo-noir from the dude who brought audiences L.A. Confidential and A Knight's Tale is pretty straightforward: Porter (Gibson) got epically screwed out of $70,000 by his addict wife Lynn (Deborah Kara Unger) and crook Val (Gregg Henry). He wants that $70k back—no more, no less. And he'll go to extremely violent lengths to do it.

Perhaps more interesting than the movie itself is the drama that went into its production. Director and screenwriter Brian Helgeland's dark and brutal cut made Gibson and the executives over at Paramount and Warner Bros nervous about its marketability. After a fight, the higher-ups ultimately kicked Helgeland out as a director, and hired Terry Hayes to re-write it and someone else re-shoot about a third of the movie. That was the version audiences saw in 1999. But in 2006, Gibson felt bad for the whole ordeal and convinced Paramount to let Helgeland release his substantially different (and from what I've read, more entertaining) Payback: Straight Up. I'm sure that these differences in creative opinions and versions are the reason Payback isn't available to stream today. JAS KEIMIG

Available to rent at Scarecrow Video. 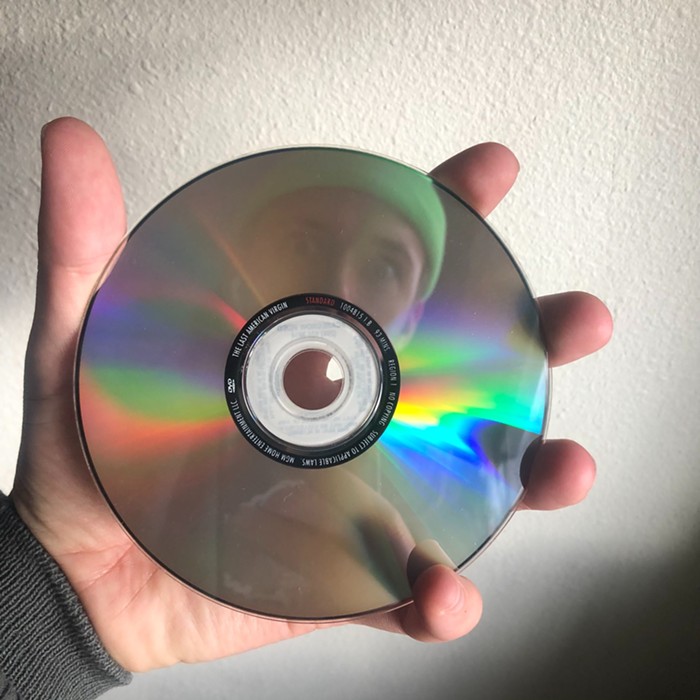 I'm the last American virgin. CB
I'm upset no one ever told me about this movie. It's a remake of director Boaz Davidson's popular late-'70s Israeli teen flick Lemon Popsicle, which follows three young hotshots through Tel Aviv as they listen to Elvis and get laid. Both Lemon Popsicle and The Last American Virgin rely heavily on their bloated soundtracks. But rather than focus on the '50s, like Lemon Popsicle, the American remake is centered around new wave rock, with Devo, Blondie, Oingo Boingo, the Police, REO Speedwagon, and about 20 other hit bands underscoring LA teens who desperately want to fuck. Overall, it's got strong Porky's vibes, with an exceptionally brutal ending that makes the film all the better. I assume these tricked-out, expensive soundtracks are the reason for both of these movies' longtime unstreamable statuses. (Though now The Last American Virgin is available through Xfinity Stream.) Also, fun fact, The Last American Virgin is the quirky and beloved Kimmy Robertson's first film. CHASE BURNS
Available for rental on DVD at Scarecrow Video. You can also now stream it on Xfinity Stream. 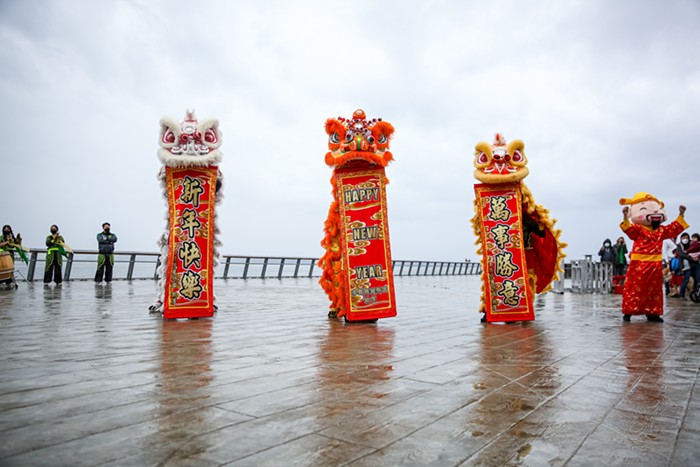 The Best Bites for Every Price

The Best Bites for Every Price: $10 and Under