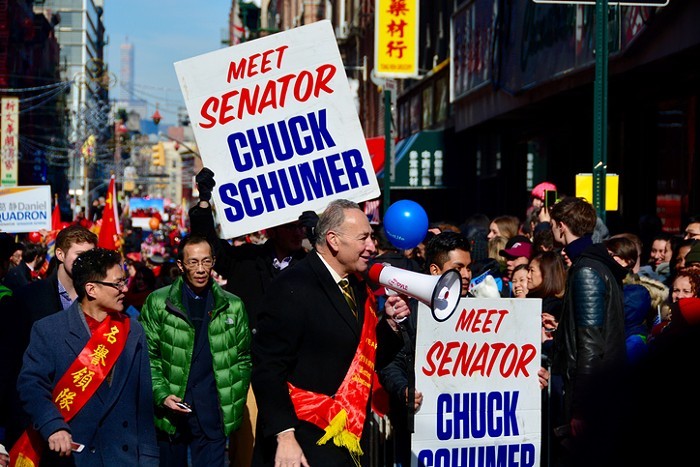 Chuck, for the love of god, do something. ONNES / GETTY IMAGES
What’s a Democrat to do? You know those losers we elect to keep our country running? After this latest tragedy, the Democrats, despite their current power in U.S. Congress, can’t pass so much as a background check bill, which is so milquetoast that recent polling shows 90% of Americans would approve. So the U.S. Democrats, the party of Hold Them Accountable and Vote Blue No Matter Who, decided to take a pause on gun control votes with the hope that in the next 10 days they can hash out some sort of compromise.

The Democrats don’t seem hopeful about reaching a compromise. Any Republican who even so much as looks at the Second Amendment funny feels like the voters will take away their cushy job. Good to know these fuckers' job security is more important than at least pretending to do something to stop gun violence.

As a reminder: When I wrote about Mayor Bruce Harrell’s gun control priorities (he’s really just fighting for the power to take back power from the state to the city), experts on gun violence prevention said we can’t legislate our way out of this. In that February article, Choose 180 Executive Director Sean Goode said:

New laws will not stop gun violence, ‘tough-on-crime,’ has never stopped the spread of violence. If that were the case, we wouldn't be in the situation that we're in today. If we really want to change the dynamic in the community, if we really want to begin to stop the spread of this disease of violence, then we have to change the material condition that people are living in.

Meanwhile, as leaders twiddle their thumbs, not legislating or changing people’s material conditions to prevent violence at its roots, Blaine School District canceled class again today after an hours-long lockdown yesterday spurred on by threatening texts "from an unknown source" that "escalated in seriousness and indicated a person was in the school with a weapon."

So, since this tragedy will always feel close to home for students and their families, here’s how to cope with the impacts of a mass school shooting, according to KOMO.

Before I move on: I just want to add that several media outlets have and will continue to run stories about the “debate” over putting cops in schools. In my high school, we called the school cop Deputy Douchebag, and he was allegedly having an affair with the mother of one of my classmates who made her mission trip her entire personality. That’s not a good argument either way, but that's the level of analysis most of these parents are giving when the media quotes them about whether or not we should put another gun in schools to prevent this violence. Don't look for the answers in personal anecdotes; look to experts on gun violence prevention. Or look to what happened this week. The cops were there and they did nothing to help. For 40 minutes, they let a shooter rampage. Kinda reminds me of this guy.

Still grieving: Recently, a white supermacist shot 13 and killed 10 Black people in Buffalo, New York. In a country of constant violence and tragedy, Seattle honored those killed in an event called “Stand in Solidarity Seattle.”

In other tragedies: Last night Seattilites held a vigil to remember the life of George Floyd, who cops murdered two years ago.

Cool down: This has been a pretty heavy Slog. And I’m sorry about that. We shouldn’t have to deal with tragedy after tragedy. Our soft little bodies and brains were not meant to handle it. So, take a break, please. I know it’s hard to find time to breathe in the rat race of capitalism, but let’s just sit here for a sec and chill.

If you’re unhappy with the state of this disaster of a country, polls suggest you are in good company.

Also, everyone and their mother has COVID-19? I swear, everyday in the last two weeks, at least one person in my immediate circle has texted me about getting COVID-19. Here’s how you can protect yourself at home, even when someone you live with is sick.

New disease just dropped: As this COVID-19 thing rages on, we also have monkeypox on the rise. Experts say monkeypox does not pose the same threat as the virus that wiped out a good bit of our population, but to be less awful than the virus that caused the largest modern death event, that seems like a low bar.

Don’t paint your own crosswalk, this city hates you goddamn foot-walkers.

Also, it’s literally fucking illegal now to be homeless in Edmonds even though there’s not enough shelter to go around.

In slightly better news: Planned Parenthood is going to challenge the insane abortion restriction that the Governor of Oklahoma just signed!

Also, if you’re looking for an abortion in King County, call Dow Constantine. The man would drive you to the clinic himself, probably.

We will not stand idly by while the rights of women and the right to privacy are under assault. I’ll be working with policy experts, public health officials, and abortion care providers to ensure that no matter what this Court does the people of King County have abortion access.
— Dow Constantine (@kcexec) May 25, 2022 Slog AM: Happy Insurrection Day, Guild 45th Theater Is Safe as Landmark's Non-Landmark, and Which Elected Officials Will Have the Nerve to Call Out Lying Cops? 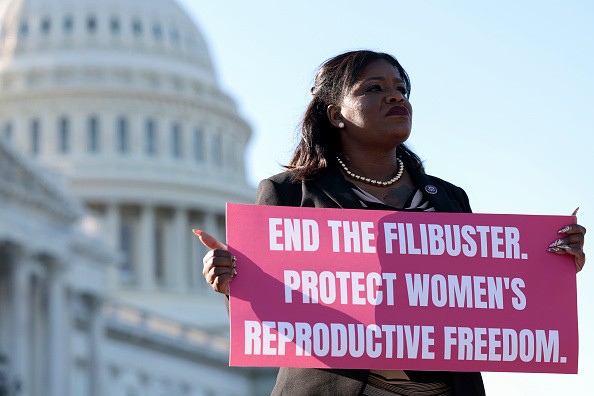