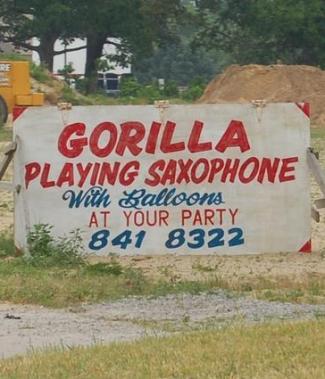 Wait, Camille Paglia says, maybe this whole Obama thing was a mistake! And maybe Sarah Palin is the feminist icon of the 21st century!

I like Sarah Palin, and I've heartily enjoyed her arrival on the national stage. As a career classroom teacher, I can see how smart she is — and quite frankly, I think the people who don't see it are the stupid ones, wrapped in the fuzzy mummy-gauze of their own worn-out partisan dogma. So she doesn't speak the King's English — big whoop! There is a powerful clarity of consciousness in her eyes. She uses language with the jumps, breaks and rippling momentum of a be-bop saxophonist. I stand on what I said (as a staunch pro-choice advocate) in my last two columns — that Palin as a pro-life wife, mother and ambitious professional represents the next big shift in feminism. Pro-life women will save feminism by expanding it, particularly into the more traditional Third World.

Title stolen from The Onion.

Slog AM: Durkan Blocked Better Transparency Proposals, Critical Race Theory Could Be Anywhere, and This Guy Says a Whale Ate Him