Light Rail: Who Will Think of the TREES?!

We at the Stranger just got an email from a concerned arborphile unhappy with the fact that Sound Transit, in building a station for light rail on Capitol Hill, will be removing approximately 70 trees on and around the station site. Although Sound Transit spokesman Bruce Gray notes that the agency will replace "as many of the trees as possible," the email, from Capitol Hill Community Council vice president Charlette LeFevre, says these "replacement saplings will never replace the shade, beauty and [grandeur] of the original trees and we will never see these saplings mature in our lifetime."

Now, let it never be said that I'm not the biggest tree-hugger at the Stranger. I talk to my vegetables, dote on the Japanese maple in my backyard, and just last weekend spent two full days building the soil for next year's organic vegetable garden. But on the relative scale of environmental goods and evils—good: I walked to work this morning; evil: I cleared the leaves from yard with a gas-powered leaf blower—a light-rail line with a stop on Capitol Hill far outweighs a few dozen trees, mostly on private property (and thus vulnerable anyway), around the station.

And it's not like we're talking—in most cases—about exceptional or heritage trees.

Take these ten non-native hornbeams and maples, by the former Jack In the Box on Broadway, for example. 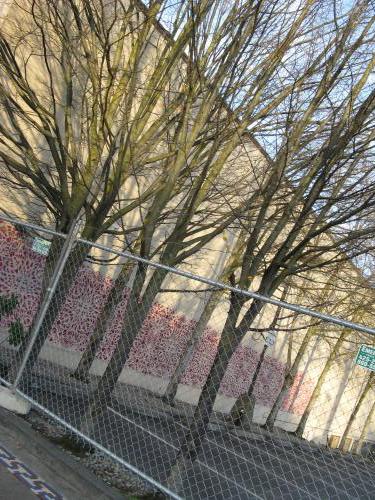 Or this nice but rather scraggly shore pine tree, a native that lives behind the former Crypt: 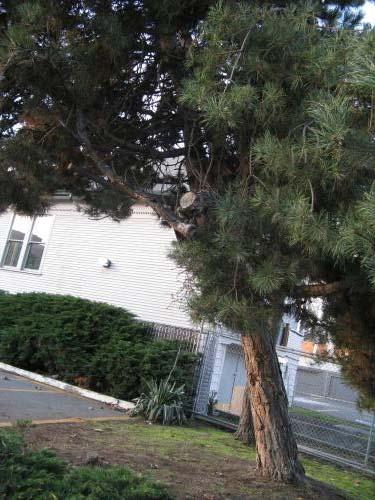 Walking along the perimeter of the future station site (access to which is largely restricted by chain-link fences), I saw only a few trees that seemed even remotely remarkable, my favorite of which was this Western red cedar on Denny Way: 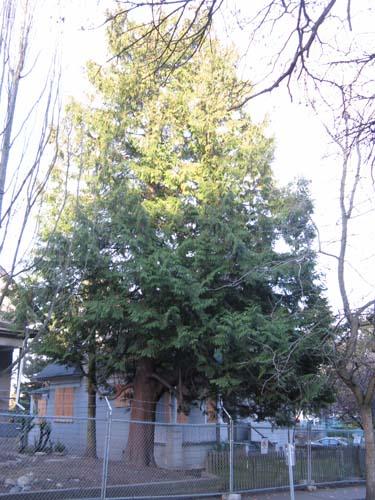 Now that's a tree worth saving. But I'll gladly give it up for a transit system with a much greater positive environmental impact.

Gray says Sound Transit—with the help of an agency arborist—determined which trees could be transplanted and which had root systems too complex to move. Most street trees, he said—the ones that weren't on private property to begin with—will be preserved. Of the 20 street trees that will be casualties of construction, Gray says, "all 20 will be replaced."