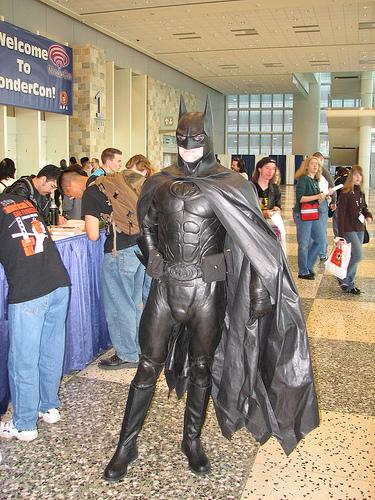 Apparently, in the comic books, Batman is...

Bruce Wayne — who by night is Batman — gets murdered by a man claiming to be the father he thought was dead.

In a highly controversial new comic book storyline, Bruce, who first appeared in 1939, is killed by Simon Hurt — the leader of the shady Black Glove organization.

Simon claims he is really Dr Thomas Wayne, saying he faked his own passing when Bruce was a child.

The superhero dies when he tries to stop his foe escaping by helicopter in the new comic Batman R.I.P.

Oh my God. This is terrible. How could they kill Batman. Oh my God. There has never been anything like this in comic book history. They've raped my childhood. I must buy multiple copies of that issue because it is sure to be a collector's item. Etc. Etc.