Batman Is Trying to Tell You Something

In a completely unrelated search for an out-of-print book, I happened across Postmodern Barney's blog, which is a really entertaining comics blog. There were panels posted from a Batman comic book I had read as a kid. I had no idea this comic book had any sort of subtext when I read it. I was probably about...six?

Anyway, Batman is trying to shake this guy named Profile down for information: 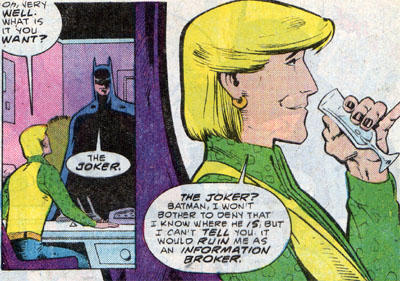 Gee, in retrospect, Profile looks a little...effeminate, doesn't he? 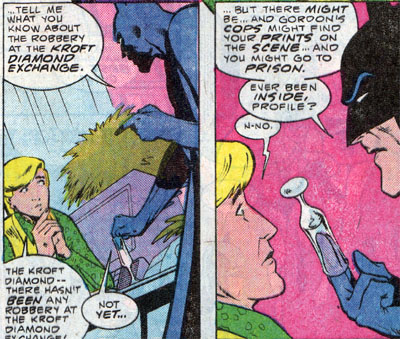 Wait, is Batman insinuating that Profile is going to be... 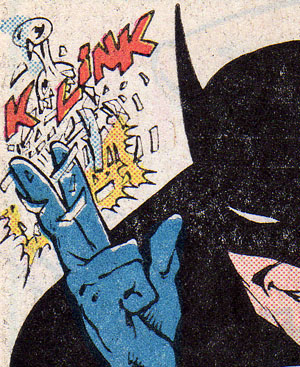 OH MY GOD BATMAN JUST METAPHORICALLY DESTROYED THAT MAN'S RECTUM. I think that, at the time, I thought the guy was upset because Batman was breaking his glassware. I was a stupid, stupid child.

(And, as a total aside, while researching rectal damage for this post, I accidentally happened across this post (no gross images, I promise!). The world is full of many things.)

Chef Edouardo Jordan Delivers His Syrups, Mixes, and Stocks to Your Pantry