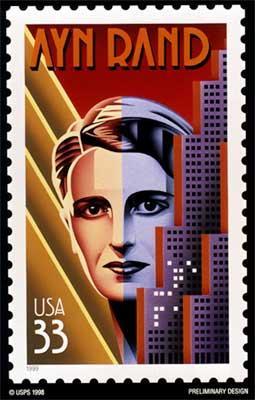 I got some guff for suggesting that, because Alan Greenspan is an Ayn Rand disciple, that this recession might be caused by Objectivism.

Newsweek interviews Dr. Yaron Brook, the head of the Ayn Rand Institute about that same issue. Brook basically blames the whole thing on the Federal Reserve, which for a very long time was headed by, uh, Alan Greenspan.

And then he turns on Greenspan in a big way.

But during that time, the head of the Federal Reserve was Alan Greenspan, a close friend of Ayn Rand and the world's most famous Objectivist.
Yes. Alan Greenspan was quite close to Ayn Rand in the 1960s and 1970s. But from pretty early on, Greenspan was a part of economic policies that I don't think Ayn Rand would have approved of. Yes, he wanted less regulation, but he never talked about rolling back regulation. He never talked about significantly meaningful ways to cut spending, cut taxes. I believe he sold his soul to the devil. Power corrupts, and absolute power—which I think is what you have at the Federal Reserve—corrupts absolutely.

This is almost as delicious as that nasty Republican Sarah Palin blame game that went around right after the election.