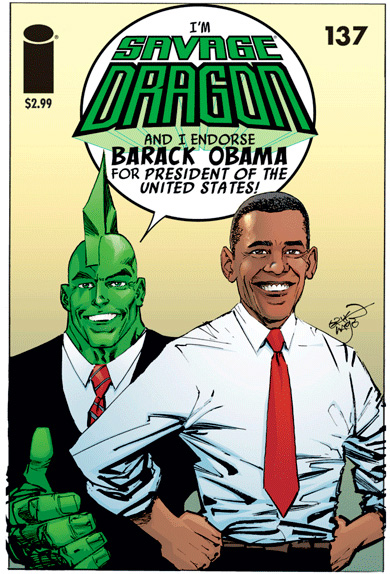 Savage Dragon cartoonist Erik Larsen is claiming that Marvel Comics ripped him off by having Spider-Man meet Obama. The point he takes most issue with is the fact that the Spider-Man comic was released with two separate covers, one featuring Obama and one not. Larsen says that's a direct steal from his earlier idea, as featured in his Savage Dragon comic in the summer of 2008. 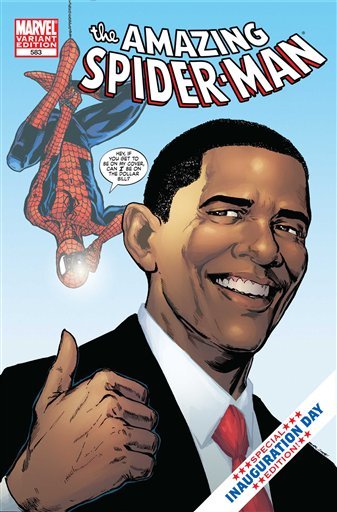 And I know what they’re saying when they’re called on it—”Presidents have appeared in comics before” and “Erik didn’t create Barack Obama” and blah, blah, blah.

The thing that Marvel is attempting to do is to frame the argument. To say “we’ve featured presidents in the past—this is what we do—it’s part of a pattern.” But that’s a false argument. The “stunt” was an alternate cover featuring Obama— which was something no publisher had done with any president in the past and one that received a lot of press when I did it. If Marvel had done alternate covers with Bush and Clinton or any of the others— they could legitimately claim that they were following a pattern and doing what they’ve done in the past— but that wasn’t the case. And theirs is not simply the appearance of a president in a comic book but one on an alternate cover— and one concocted to try and get some of the same attention that got. I did not create Obama— I did, however, have a character endorse him, long before he was elected while Marvel played footsie with Stephen Colbert— a joke candidate*. 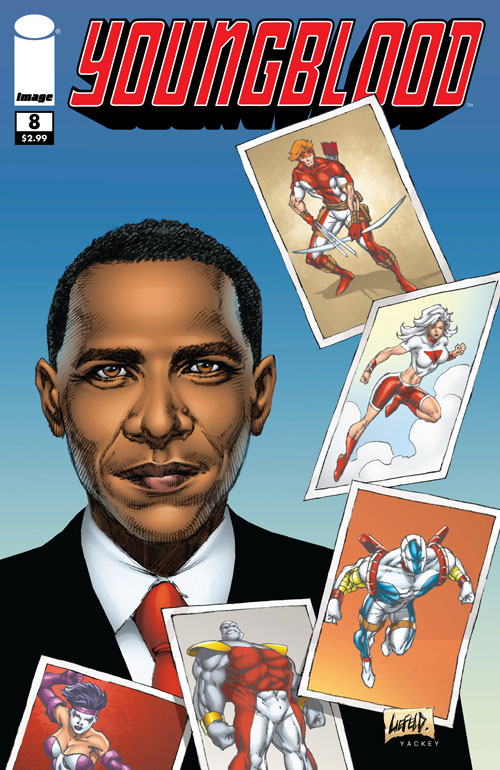 I don't know if Larsen has a leg to stand on here, but I do have to back him up with the fact that it was a gutsy thing to have his character endorse Obama. That's something no corporate superhero comic would ever do, especially since comics is a much more conservative world than, say, the music scene. And I swear to God this is the most often a black man has appeared on the cover of a superhero comic since they canceled Power Man & Iron Fist back in the 80s.

But recent news that Obama will be appearing in an upcoming issue of renowned swipe artist Rob Liefeld's comic book Youngblood means that the whole trend is dead anyway.

*Larsen is here referring to the fact that Marvel had Stephen Colbert run for president in Marvel Comics, a publicity stunt so lame I refused to mention it on Slog.