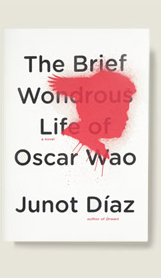 Last night, Junot Díaz read at Benaroya Hall in what was probably the most profane reading that Seattle Arts and Lectures has ever put on. SAL's executive director, Linda Bowers, introduced Díaz with a ten-minute survey of his work including quotes from Díaz's short stories, a passage from The Brief Wondrous Life of Oscar Wao, and more quotes from reviews of his work. There were so many quotation marks in her introduction that it was hard to tell where Bowers' words ended and someone else's words began, and it was hard to tell why anyone should care. You don't stumble into a SAL event by accident: Tickets start at ten bucks. You already know who you're here to see.

From somewhere near the heart of the flurry of flying "s, Díaz appeared. He stood behind the podium and muttered, kind of to himself, "Super-long introduction." There was laughter and there was applause. Díaz explained that he wasn't used to reading for 40 minutes at a time; he announced that this was about 25 minutes longer than he felt comfortable reading. There was more applause, and he noted: "You'll just about clap for anything, yeah?" There was applause then, too. Before he started with the story, Díaz stopped and looked out at the audience (Benaroya Hall was very nearly sold out) saying "And, guys, you should be up here. This is super-fucking scary." This was met with applause, too.

To introduce his story, titled "The Sun, The Moon, The Stars," Díaz announced that he'd been working on "a sequence of stories about infidelity," in part because "People will read shit about infidelity. They just fucking like that crap." The story is about a narrator named Yunior who cheats on his girlfriend and then, as an apology, takes her on vacation. "Are there any high school folks here?" There was applause from the balcony, and Díaz explained the characters going on an awkward vacation together by saying, "This is what old people do, but it is super-stupid. But you'll probably do it one day, too. But you shouldn't."

Díaz also read an excerpt from Oscar Wao. It's perhaps only notable to me that he made 2 Star Trek references in 40 minutes of reading. And then it was time for audience questions. We learned that Díaz believes that "Every text reveals the blind spot of its author," and that "It's only through your vulnerabilities that a reader can come to you." Someone asked about the prevalent use of Spanish in his fiction ("My mom doesn't speak a word of English," Díaz said, "She's like a Republican nightmare") and his answer was the best of the night: "Learning to read is all about encountering words you don't understand. Unintelligibility in a text is a reason to form community," by making readers seek other readers to find meaning together. 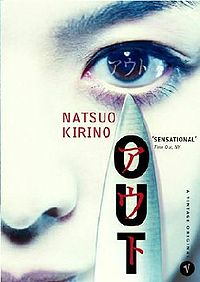 There was much more, including whether men can be feminists (Díaz says no, due to their "colossal privilege"), how nerdy readers can come to terms with the fact that "The Lord of the Rings is incredibly schematic along racial lines," and he suggested three books for readers who enjoy his writing and are looking for something else to read: Out, by Natsuo Kirino, The Housekeeper and the Professor, by Yoko Ogawa, and anything by Edwidge Danticat. (I can vouch for Kirino and Danticat from personal reading experience, and I have heard good things about Ogawa's novel.) Díaz also confirmed that, as a lifelong sci-fi nerd, he was trying to work on some straight science fiction, but the books were so bad he trashed them. "It's not me being hard on myself," he said, "They're actually incredibly bad." And then came the post-reading reception, which consisted of VIPs, wealthy SAL donors, and a bunch of young Díaz fans—many of whom totally gate-crashed. They were exhilarated to have the chance to drink free wine and talk, however briefly, to one of their favorite authors. It was impossible to not share their enthusiasm.