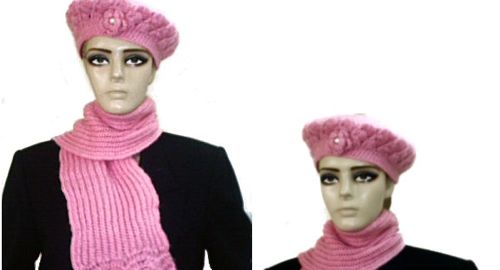 A lot of people seem interested in bringing back Q-Patrol, per the comments on Dom's post. But everyone seems most interested in someone else bringing back Q-Patrol. You don't get the impression that there are many—that there are any—people out there interested in doing the work of reviving the organization themselves. Or marching around Capitol Hill in pink red berets themselves. So it probably won't happen. And the chief reason it won't is that, despite the spike in gay bashings on the Hill, is this: Q-Patrol was more of a community response to the police, and less of a response to the bashers.

Q-Patrol and groups like it were queer 'hood knock-offs of NYC's Guardian Angels; the Angels were founded in New York City at a time when urban crime was out of control, people didn't feel safe on the streets, and the police were perceived as ineffectual and authorities as apathetic. You don't hear much about the Guardian Angels or groups like it anymore because circumstances have changed in urban areas. There's still crime, of course, but crime is way down—particularly in NYC—and the police are perceived as having things under control and the authorities are engaged. So the need for vigilante patrol groups—groups whose impact on crime was negligible—has long since passed. (But who knows? Maybe it'll return with this recession.) The Guardian Angels didn't really do much to prevent crime, nor did they catch many crooks. The existence of the Guardian Angels—the need for something like the Guardian Angels—shamed the police and the authorities. And that was largely the point.

Groups like Q-Patrol were modeled on the Guardian Angels and flourished in a handful of cities with large gay populations the late 80s and early 90s. It was a time when queers were increasingly visible but police departments were still hopelessly homophobic. The feeling among queers at the time went something this: We have to police "our" streets and attempt to prevent bashings before they happen, because the police don't take crimes against us seriously. Victims of gay bashings a decade or two ago usually didn't bother to call the police.

Jerry Knight, the victim of a brutal gay bashing last week, had this to say about the SPD's response: “I am really proud of our police department and how seriously they took it,” Knight told Dom. “It reinforced my faith in the police department. They really made me feel safe." No victim of a gay bashing in, say, 1988 could have said anything remotely similar.

In same way vigilante groups like Guardian Angels eventually fizzled even though urban crime hadn't been eradicated, their "pink" knockoffs fizzled even though gay bashings still happen. Because they served their function: they shamed the police and the authorities into doing a better job.