On the P-I Deathwatch 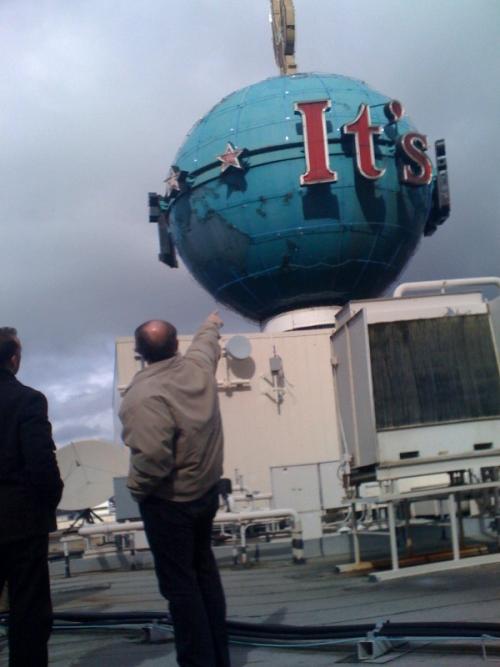 This morning, at 9 a.m., the Seattle Post-Intelligencer offered its employees a "Last Visit to the Globe"—a trip to the roof of the newspaper's headquarters on Elliott Avenue to see the giant, spinning, neon planet with "It's in the P-I" written around the equator. To pose for pictures with the icon of a 146-year-old Seattle institution. And to maybe circle it, as if it were the Kaaba—which, for P-I journalists who see their profession as a somewhat sacred calling, and their newspaper as an embodiment of a noble effort that makes for a better culture, the globe, in a way, is.

In truth, this morning's tour was the second-to-last visit. Another "Last Visit," pictured at left, happened around noon. Later, around 3 p.m., there will be a P-I staff photo. Reporters believe it is likely to run in the last edition of the paper.

But still, the question remains: When is the last day for the P-I's print edition?

The reporters and editors working inside the newspaper's headquarters seem to believe it's today, tomorrow, or the next day—and today the money seems to be on Tuesday as the last normal workday, with Wednesday as the day that the last printed P-I ever rolls off the presses. In newspaper-speak, that's a "Tuesday / Wednesday" deadline. (As in, "I'm writing my last P-I story ever, due Tuesday for the Wednesday paper.") Last night, I received this e-mail from a P-I reporter who's been right on a lot of things so far:

EVERYBODY now expects that the last day will be Tuesday / Wednesday. So, if for some reason it's not Tuesday / Wednesday, it's going to be a big letdown. And what will we do at work for the next week? I mean I've cleared up my calendar beyond then.

This reporter, who has not only cleared his calendar but also readied his brain and emotions to depart the Seattle Post-Intelligencer this week, is, as they say in the journalistic cliche, "not alone." Many other reporters spent the weekend cleaning out their desks. On Sunday, the P-I newsroom was far busier than normal, with employees pulling years of accumulated documents and notes out of file cabinets and desk drawers, packing up books, and stuffing all this detritus of newsgathering into boxes, bags, and, eventually, the trunks and back seats of cars parked in the P-I garage. Around them, the recycle bins in the newsroom were full of manila file folders, old newspapers, and magazines that had been kept around for various reasons (most likely the usual: reference, inspiration, or neglect) but were apparently not worth keeping past the end.

Amid all this clatter of departure, those who were assigned to work the Sunday shift went about it with little fanfare, just doing their job, just trying to report the facts, as usual. 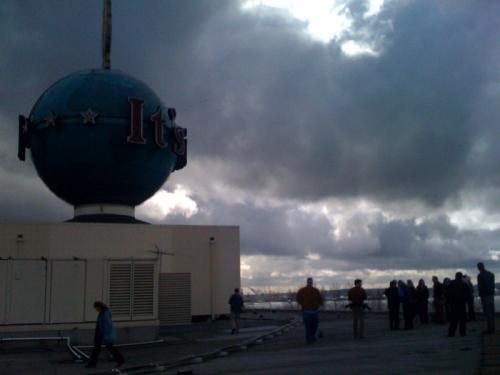 Why are the reporters so certain the end is very, very near? A confluence of events and signs: Tomorrow, by most counts, is the end of Hearst Corporation's 60-day period for trying to sell the P-I. Assuming there is no buyer—and really, who would buy a money-losing newspaper right now?—Hearst will presumably go ahead with its stated plans to close down the P-I's print edition and launch an online-only paper. When Denver's Rocky Mountain News closed recently, employees were given only one-day's notice of the closing, so if one assumes that one-day's notice is now the industry standard, one gets quickly to the idea of a Tuesday / Wednesday end for the printed P-I.

In addition, Ken Riddick, Hearst's vice president for digital media, told a P-I employee on Thursday that tomorrow, March 10, is the day Hearst will launch its online-only venture (assuming no buyer arrives before then with a suitcase full of cash). It's hard to imagine an online-only venture launching with a print edition still printing. On top of that, deadlines for stories that are being specially-prepared for the P-I's last print edition were recently moved up to last Friday. Editors and reporters spent the weekend readying those pieces to run on a moment's notice. And, finally, last week Hearst made "provisional" offers to a number of P-I employees it wants for its online-only project, and although some prominent reporters rejected those offers, word is that Hearst has found enough eager and/or willing bodies to go forward. The union that represents P-I employees claims that Hearst can't legally shut the place down until March 18, for reasons having to do with the federal WARN Act. But, if that's true, it's still not hard to imagine Hearst shutting down the print edition and simply paying employees through the 18th.

There's also an emotional and group-think element that's making people agree that this week will bring the last-ever print P-I—or, at least, should. First of all, what kind of employer tells a group of 170 competitive journalists that they're about to lose their jobs, then picks about 20 of them to stay employed in an online-only project (including, apparently, David Horsey), then throws the chosen back into the general population, and then lets that stew of jealousy and resentment simmer for a week or so? Not a good idea. As one reporter put it last week, the current vibe in the newsroom is: "Put us out of our misery already."

I'm not sure it's safe to assume that Hearst cares about any of this emotional stuff, and it's quite possible that the way the minds of P-I employees have latched on to an imminent end is more the expression of a wish than anything else. Certainly, it is not an expression of anything that's known for sure. "The people editing the farewell stories don't know when they will run," a P-I reporter told me yesterday. "The guy editing the 'What we'll miss about the P-I' video doesn't know when it will run... I gotta say, with the current office dynamics, this is going to be a weird party." 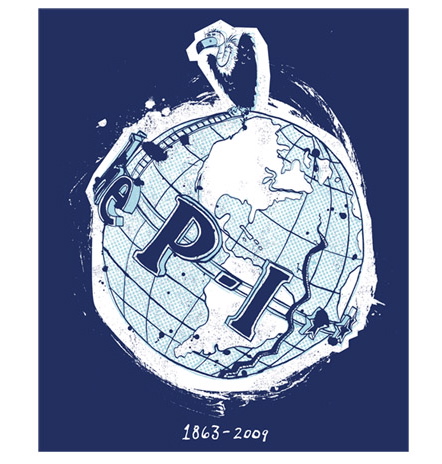 Meaning, if I understood the reporter correctly, the employee goodbye party, now scheduled for a safely-far-off date, March 27, at the Ballard Elks lodge—and paid for by... the employees. From the invite: "Since Hearst/P-I is not paying for anything (some things never change), a $10 donation per person is suggested to help cover the costs of the event. If we have extra money, it'll go to laid off employees in need."

Come on. Doesn't the managing editor, David McCumber, know when the end is coming? No, he does not.

“Everyone is guessing based on no facts," he told me recently. “I think Hearst is trying to figure this out and get the decisions made as soon as they can, and I just think that people need to chill and let this thing get worked out.”

Chilling out is a tall order for employees facing the loss of their jobs, though, and he knows it. “It’s brutal," he said. "It’s really a nightmare for everybody... I think the atmosphere is as bad is could get."

So. When? "Give us a little time," McCumber said.