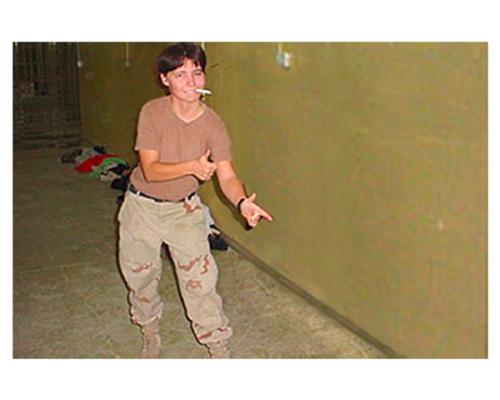 Modern Art Notes here and here asks great, important questions about if and how the Abu Ghraib photographs will be collected, and by whom. Is MoMA the right place? Library of Congress? What about the fact that they basically exist only in digital format, or as printed in magazines?

The best part of all this is that MAN doesn't keep it abstract. He calls the head of photography at MoMA, the Library of Congress, and the National Archives for answers.

What do I think? Not that anyone's asking, but I'm a little disappointed at MoMA photo head Peter Galassi's bristly response to the idea MAN proposes that the photographs becoming part of the important MoMA collection might be part of a national process of coming to terms with these photographs and what they mean.

So MoMA acquired Eddie Adams's Vietnam execution photograph for its aesthetic value? The very idea is ridiculous, if not offensive. And anyway, it goes against what Galassi talks about just a few quotes earlier, when he explains that the Abu Ghraib photographs, in addition to being historically important, also represent "a new stage of vernacular photography" marked by "both the ease of making these digital pictures and then especially the ease of sending them around." The images have historical and aesthetic impact. It's hard not to see MoMA's lack of a position on this (Galassi: "I have to confess we haven't really thought about it") as an oversight.

That said, MoMA's not the only museum around with a good and important photography collection. Maybe another museum wants to attempt an institutional, art-world response to these difficult images.