What I Woke Up Thinking About

A group show called Second Peoples is opening tonight at Helm Gallery in Tacoma. I'm not sure who made the work at left, but it's one of the four artists in the show—Gretchen Bennett, Heide Hinrichs, Matthew Offenbacher, and Jenny Heishman. Their statement starts with this.

We have coined the name 'second peoples' to describe the people who arrive late on the scene, after the beginning, after the abundance, after the traumatic event, after everything’s been said and done, after, even, the end. We are the second peoples. Chances are, you are too. 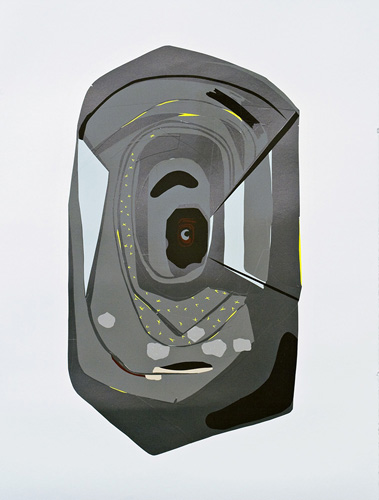 This reminds me of the group show Jeffry Mitchell curated at Crawl Space, Call and Response. The image at right is The crystal that proves life could have existed earlier by Chauney Peck. This is from Mitchell's statement.

There’s something about magic, Hippie magic, and the way the LOVE CHILDREN freed them selves from the cross and sought spiritual expression through ancient forms other than the Christian one that resonates through this show for me.

All this searching for a new spiritual based on picking up on incompleted inheritances. So with my coffee I reread the first part of the first chapter of Lewis Hyde's The Gift, which tells the folk tale of the three sisters who go out into the world to make their way. The only one who isn't killed is the one who keeps sharing the gift she leaves home with.

The Indian giver (or the original one, at any rate) understood a cardinal property of the gift: whatever we have been given is supposed to be given away again, not kept. ... The only essential is this: the gift must always move.