You asked for more pictures! Take your medicine, people! 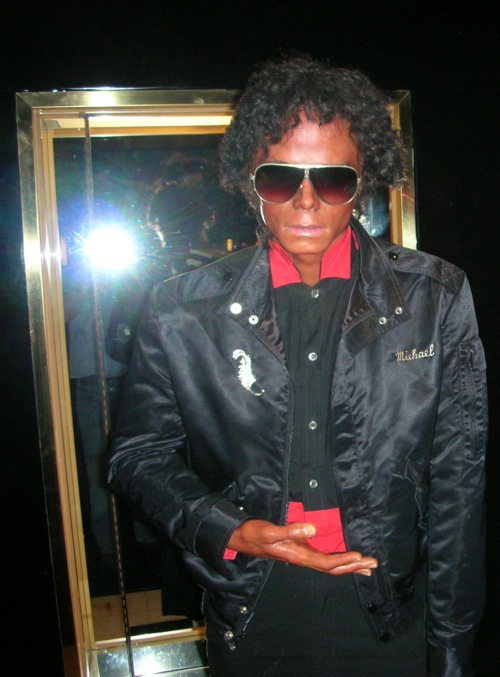 I forgot to mention the number of lifesize MJ replicas that MJ owns—in various states of skin tone and melting face. THE NUMBER IS LARGE. Does he talk to himselves around the house? Does he hug himselves?

The fleet: Tiny fire trucks, bumper cars with nothing to bump, some sort of Mr. Toad's Wild Ride situation, one random van... 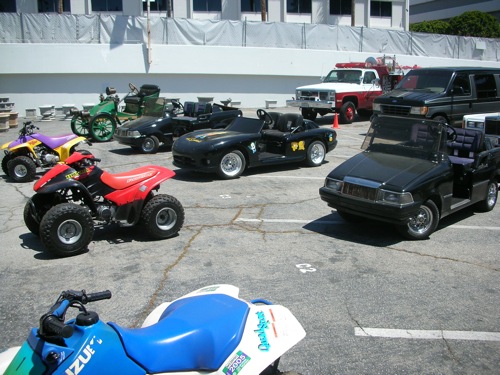 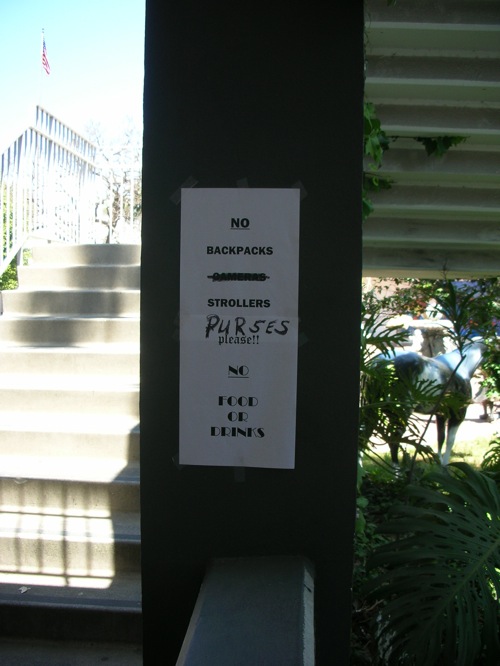 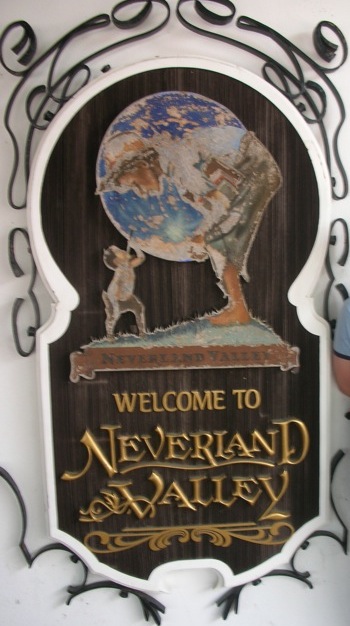 The second in MJ's poetic exploration of the different circumstances under which babies smile. (Finally someone's getting to the bottom of that.) 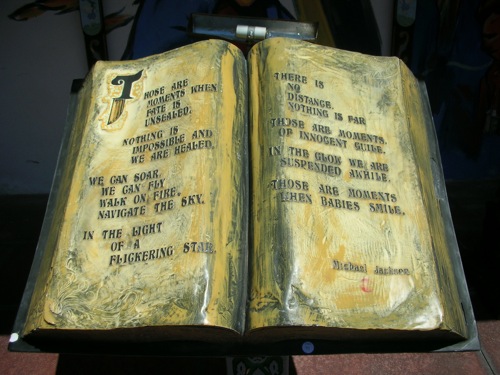 AND SOMEONE KISSED IT. In case you're not familiar with kissing, it's when you PUT YOUR HUMAN MOUTH RIGHT ON THERE FOR AN INTIMATE SQUISH. Fuck. 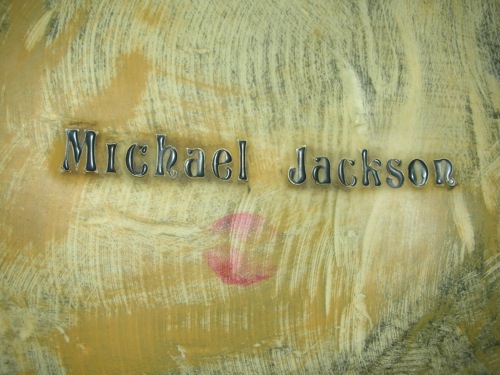 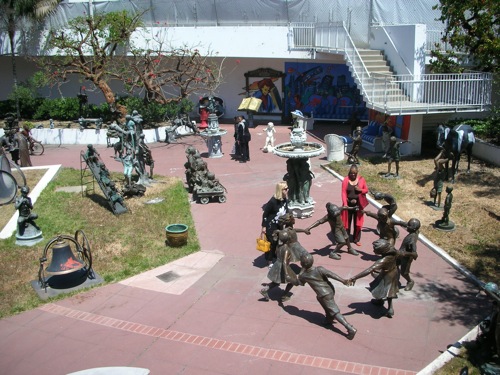 You might think that this is the cape of Prince-the-little-purple-man, but it's actually the cape of "Prince Naseem Hamed, World Champion." Don't get confused. Also, MJ in happier times. 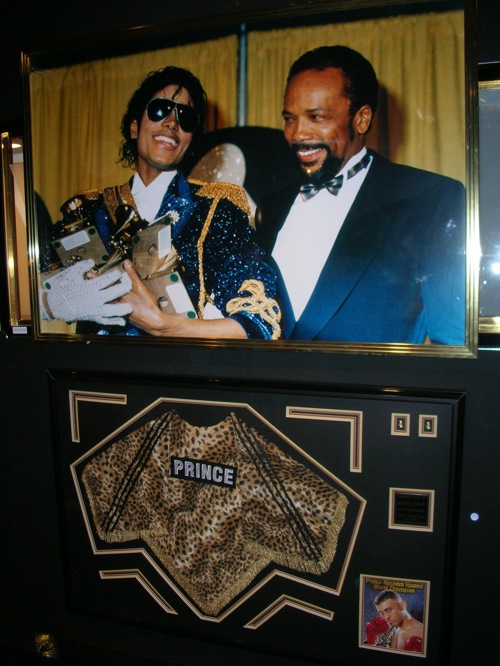 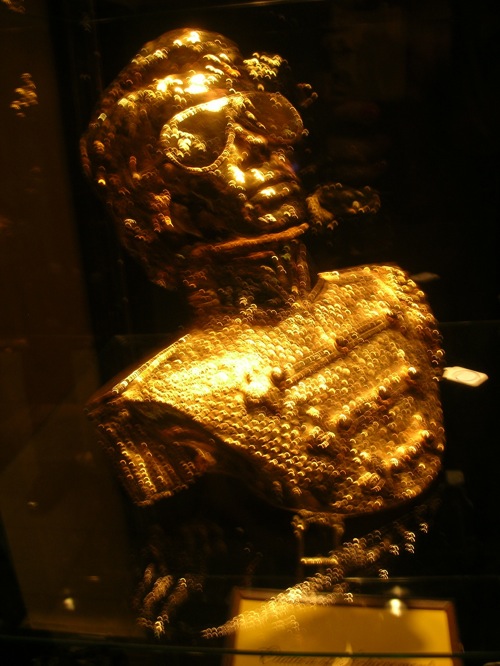 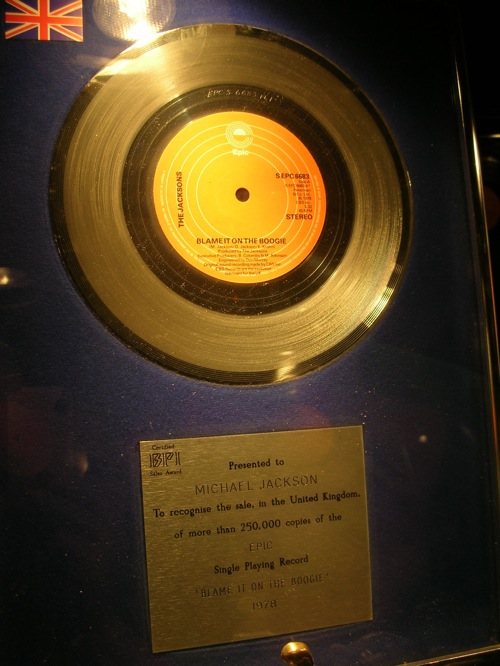 This tiny-but-still-big castle is just annoying because what the snatch do you DO with it!? 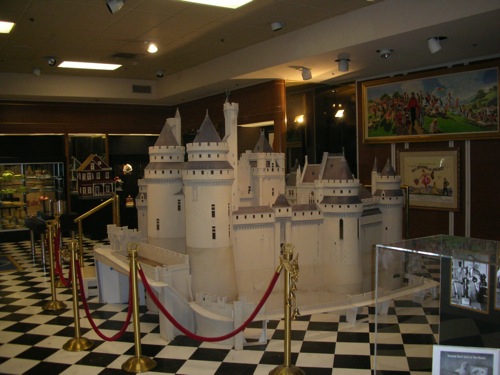 And wait—what's that hanging on the wall behind the castle? (Maybe a good PR move, when you're facing child-poking allegations, would be to NOT collect artwork depicting yourself as the literal pied piper. You're not doing yourself any favors, is all I'm saying.) 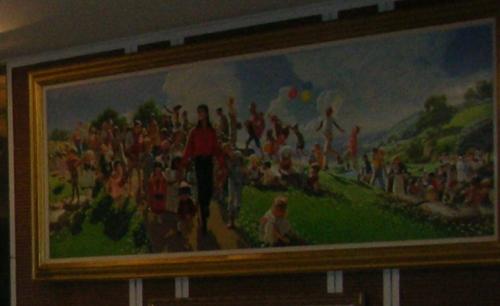 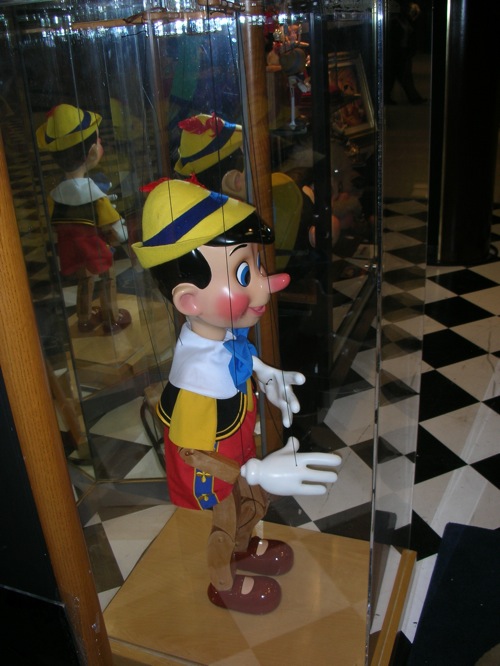 The moment when we met this fake gentleman was the moment when the fun and games officially stopped. Dude is not fucking around with the crazy. 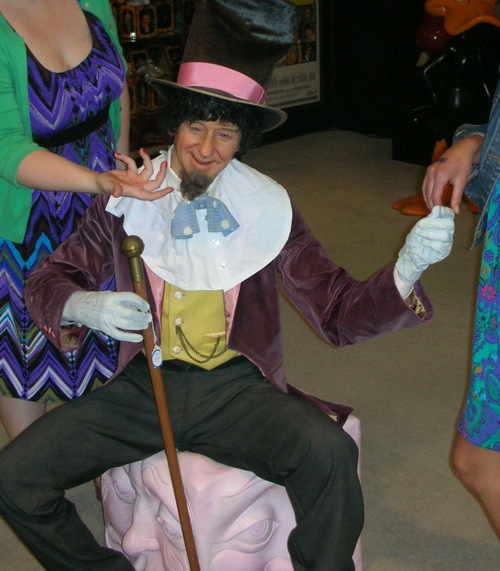 There was lots of this kind of stuff. 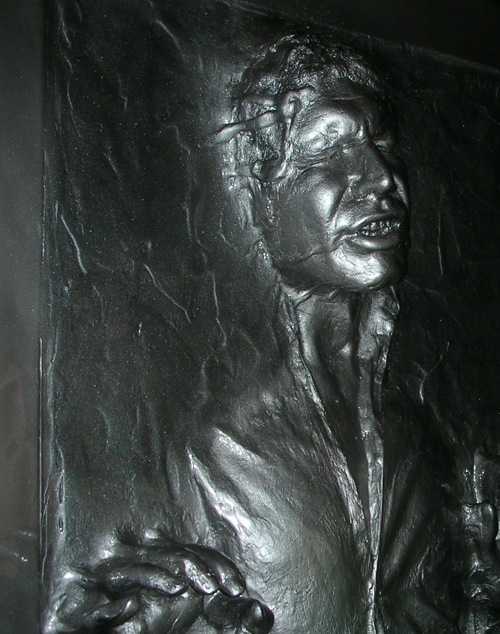 Men Are from Mars, Terrifying Cigar-Chomping Grannies Are from Fucking Hades. 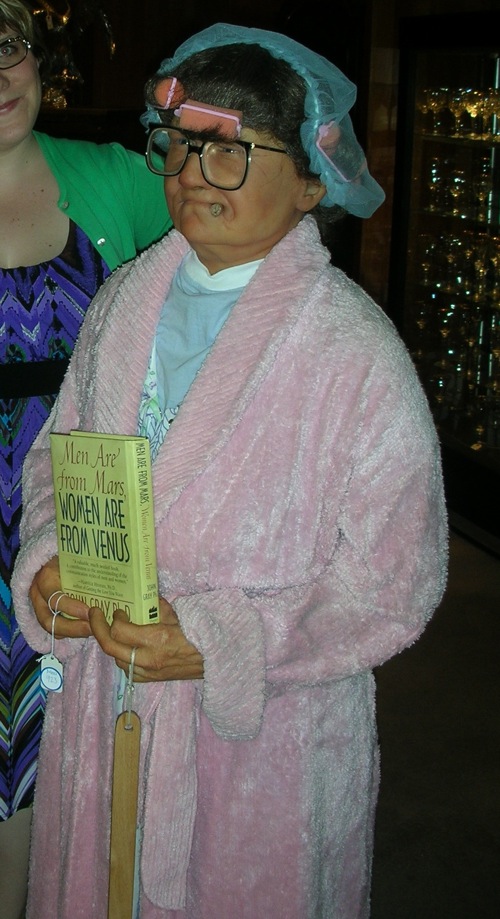 And finally, I went ahead and transcribed the poem that's painted on the Excalibur Triptych. 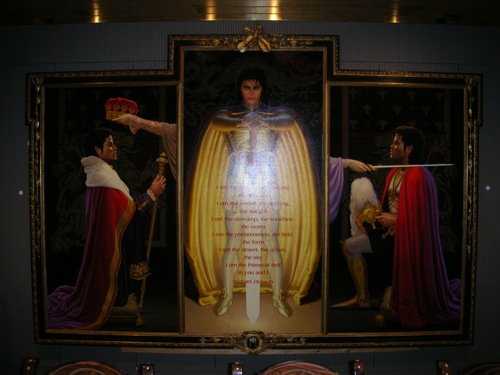 This poem, more than anything else in the whole goddamn collection, cements my belief that we are dealing with a madman. A grandiose, narcissistic, deeply wounded crazyperson. Everything else in the collection—even this painting minus the poem—could, with oceans of generosity, be chalked up to irony or kitsch or boredom. BUT THIS POEM, IN WHICH MICHAEL JACKSON DECLARES HIMSELF TO BE "THE PRIMEVAL SELF IN YOU AND I," MIGHT AS WELL BE CARVED INTO CHARLES MANSON'S FOREHEAD. As my father would say, he should be put in a rubber room. Official diagnosis. Good day.
The Stranger depends on your continuing support to provide articles like this one. In return, we pledge our ongoing commitment to truthful, progressive journalism and serving our community. So if you’re able, please consider a small recurring contribution. Thank you—you are appreciated!
CONTRIBUTE NOW