"A Mistake": Council candidate Mike O'Brien's take on the governor's signing of the deep-bore tunnel bill.

Recipe of the Day: Spring salad with radishes and pumpkin seeds (recipe and photo via Apartment Therapy) 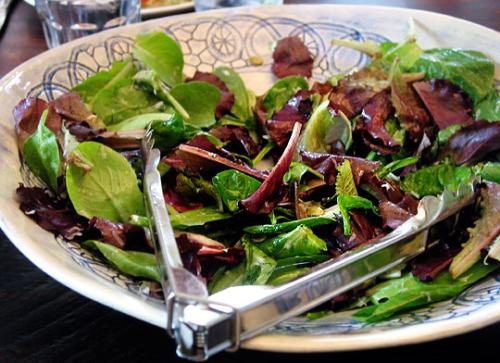 10 ounces fresh spring greens (could include baby spinach and arugula, mixed mesclun lettuces, overwintered kale and chard, dandelion leaves, pea sprouts, or whatever other greens are in season where you are)
1/2 cup shelled pumpkin seeds
1 cup grated Parmesan cheese
4 large radishes, cut in half and then into paper-thin slices
1/4 cup olive oil
1 tablespoon rice vinegar or citrus vinegar
Kosher salt and freshly-ground pepper to taste

Method:
If necessary, tear the greens into bite-sized pieces. Toss with the pumpkin seeds, Parmesan, and sliced radishes. Toss with the oil, coating all the leaves well. Then add the vinegar and toss. Taste and season with salt and pepper.