Although I'm not sure I believe the press releases touting "thousands" of attendees at the big environmental rally outside the EPA hearings (the hearing, one of two in the nation, was to address the EPA's recent ruling that global warming pollution is a threat to public health and welfare), what the crowd lacked in numbers it made up in giant nylon puppets: 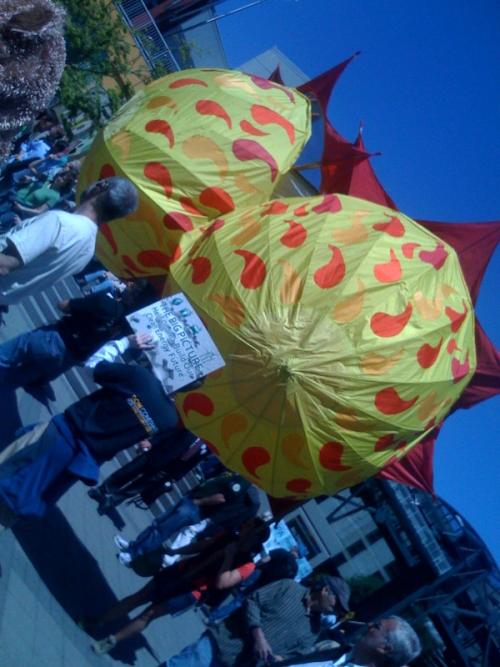 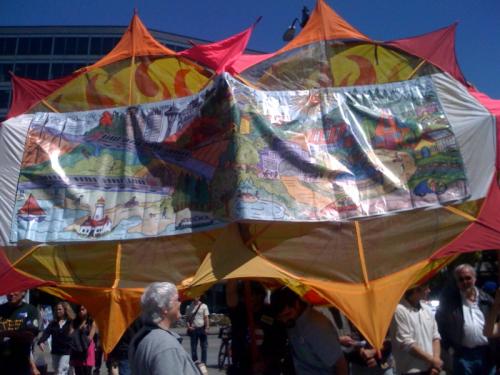 I don't know what the message was supposed to be (only giant sun-umbrellas will protect our lighthouses and Amtrak trains from global warming?) but it was definitely attention-getting.

As was this person dressed as a shiny (and ENDANGERED?!?) fish: 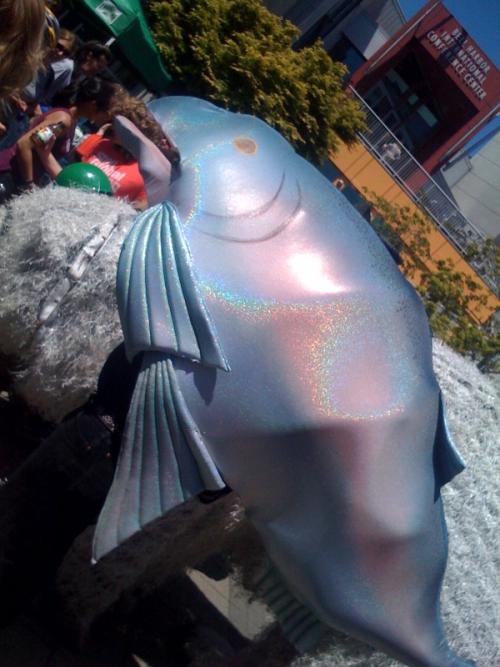 If you look carefully at that photo, you can almost make out the scraggly multi-person polar bear getup in the background—one of two polar bears in attendance. I saw a surprising number of people go up to it and apologize.

Candidates for local offices turned out in abundance, including county exec contenders Larry Phillips (who spoke onstage) and Dow Constantine (who didn't.) At one point I ran into mayoral candidate Mike McGinn, whose supporters were gathering signatures; if they collect around 1,600, McGinn won't have to pay his filing fee. When I asked McGinn about it later, he said it was an "experiment ... We figured, let's do a little trial effort and see if we can save a little money by collecting signatures." (McGinn has a little less than $19,000 in the bank). He said he didn't know how many signatures his supporters had gathered. "My job today was to meet as many voters and pose for photos with as many people holding goofy puppets as possible." 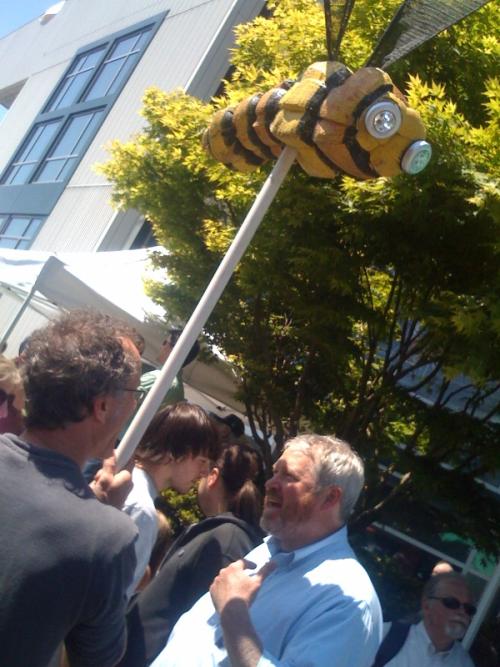