UPDATE: A commenter points out that Peter Steinbrueck (see below) appears to have endorsed both David Bloom and Bloom's opponent, Sally Bagshaw—which, if it's (still) true, would make his extremely enthusiastic support for Bloom last night a little... um... awkward. Steinbrueck is listed on both Bloom's and Bagshaw's endorsement lists. I have calls in to the various folks involved to try to get to the bottom of things. 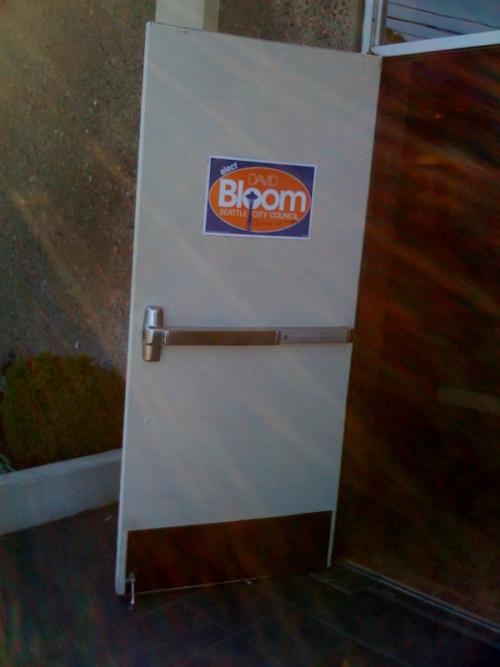 Steinbrueck, in fact, was the implicit or explicit subject of several speakers' remarks—an indication that supporters are hoping to set Bloom up as the new Steinbrueck, the second "true progressive" (in addition to Licata, who's up for reelection this year) on the council. For example, in her introduction of Steinbrueck, Woldt said, "We miss having two [council members] voting in the interests of the people of the city. We think Nick needs another colleague on the council." Similarly, in his speech, Bloom himself told the crowd of about 75, "Nick said last night [during his own campaign event], 'I’m the most progressive member of the city council.' Well, I am running so I can be one of the most progressive members of the city council!"

The association with Steinbrueck could help counter charges that Bloom's politics and vision are identical to Licata's—which, in fact, they pretty much are. But is that a liability or an asset?

In one way, the former: As Josh noted, last night's event looked like Seattle circa 1997 (or even 1977, if you kicked the few thirtysomethings out of the room)—a crowd of grayhairs who've been involved in Seattle politics and activism, like Bloom, for upward of 30 years. 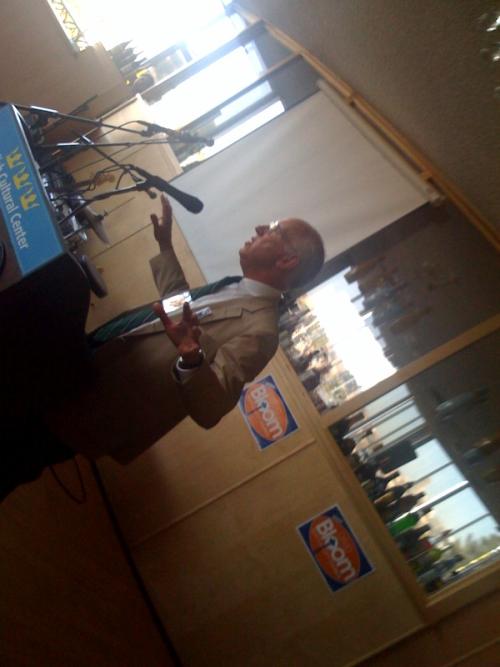 Those folks responded enthusiastically to Bloom's populist, anti-downtown message (at one point, he blasted "the politicians [who] are too influenced by these big-ticket projects that seem to help downtown and not the neighborhoods"; at another, he called out the city for spending money beautifying Mercer for the benefit of Paul Allen, "one of the richest men in the world," while neighborhoods north of 85th Street still lack sidewalks), but they're a small (and shrinking) part of the voting public. (Bloom even kind of looks like Licata, although his dated khaki jacket—"I got this at a thrift store, too," he told me, a reference to my tease a few weeks ago about his '70s JC Penney style—is a down-market version of Licata's usual tweed-n-cord combos). Whether Bloom's message really resonates in a city where the battle lines have shifted (and where an increasing number of people are concerned about the environment and protecting neighborhoods while promoting density) is unclear.

However, in another very large way: The latter. Bloom's lefty cred is impeccable. And while he may not be as well-known as Licata (or, for that matter, his co-founder of the Seattle Displacement Coalition, John Fox), there's something extremely appealing about a political candidate who has deep knowledge of local politics, yet isn't a politician. As Steinbrueck, who called him "the most solid social justice activist I know," put it: "There are a lot of candidates who run out of political ambition. … You can tell they’re running for that reason because they say things like, 'Starting when I was in kindergarten, I wanted to be President of the United States"—a subtle dig at his former colleague Bruce Harrell, who bragged on the campaign trail about wanting to be a council member since junior high? In contrast, Steinbrueck said, Bloom "is a pragmatist and a realist and an idealist, if you can be all those things in one." 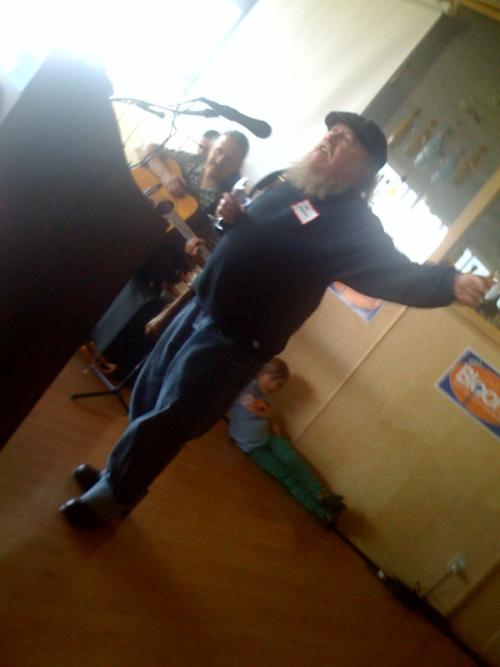 King County Council member Larry Gossett, who, along with Licata, worked on an anti-red-lining campaign with Bloom in the mid-'70s, added, "There are religious and faith-based leaders who say we have to be no the same side that Jesus would be on…. David Bloom would say that’s fine, but how many of you are willing to work in your churches and fight for homeless people… rather than just talking about it in church on Sunday?" Indeed, at one point in his speech, Bloom said he was running "to be your representative on the Church Council," prompting howls around the room. "Boy, did I walk into that one," he said.

Bloom is running against Sally Bagshaw for the open seat being vacated by Jan Drago. Unfortunately, I didn't make it to her event the other night (send me invites, Sally!) but KC prosecutor Dan Satturberg's band, The Approximations, supposedly played. (Bagshaw hasn't returned my call yet today, so I haven't been able to confirm this important detail). The entertainment at Bloom's event, in contrast, consisted of the aforementioned Martin—who jammed in to 19-year-old Licata campaign manager Andrew Lewis's BMW with me, Licata, Lewis and a Licata aide on the way to the event—and a band called Pedro Pistolas (hear their Bloom theme song here). Martin, a heavily bearded Irishman who stands about five-foot-three, sang a song about Bloom, made a few jokes about drinking, and ordered everyone onto their feet.

It was a good party.