Left Westlake Center around 6:00, did a few turns through downtown streets, funneled into the Pacific Place parking garage and out the other side, then down First Avenue to Safeco Field, and then there was some confusion while a couple cyclists started pedaling up the viaduct onramp. No way. Right? No way were we going up onto the freeway. Right? The girl next to me was visiting from Calgary. It was her first day in Seattle. Why'd she decide to vacation in Seattle? "Because you felt like riding your bike on the freeway?" I said, as it became clear that this freeway thing was on, we were doing it, we were moving up the onramp. "Yeah, because I felt like riding my bike on the freeway," she said, smiling hugely. 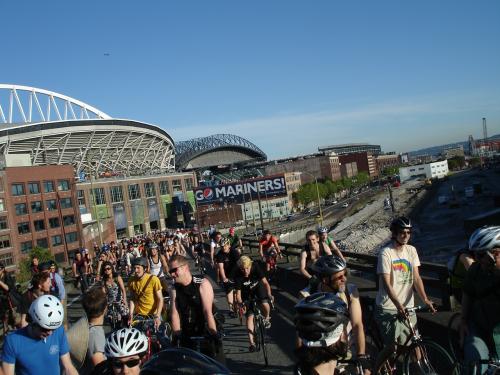 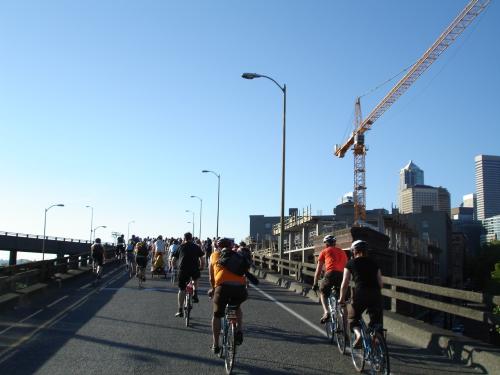 At the top of the ramp we waited until the group was dense enough to move out into traffic. 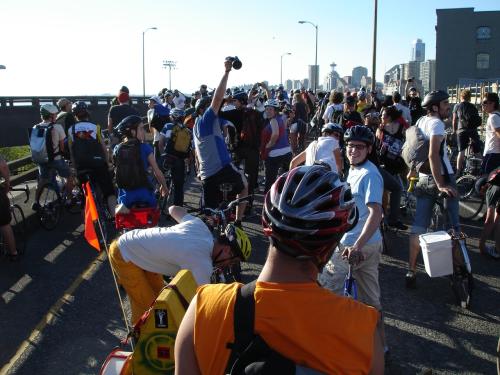 A car SCREEEECHed to a stop. Once we corked the flow of traffic, we were golden. 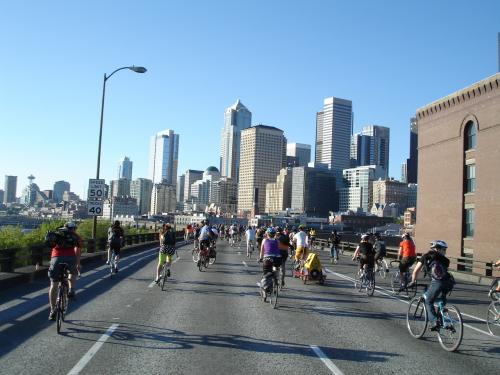 Deep thought: Could we just turn the viaduct into an elevated bike path? Wouldn't that be insanely cool? Holy expletive, it's beautiful up there. There were news choppers overhead. 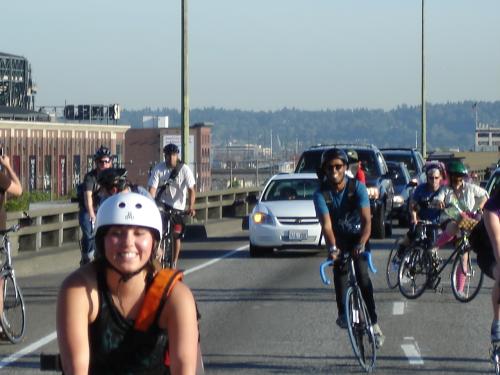 The elevated freeway, of course, becomes an underground tunnel as it passes Belltown. 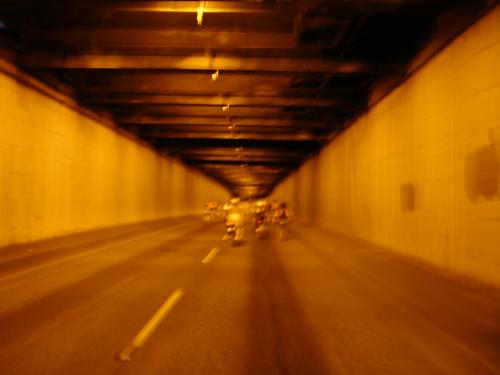 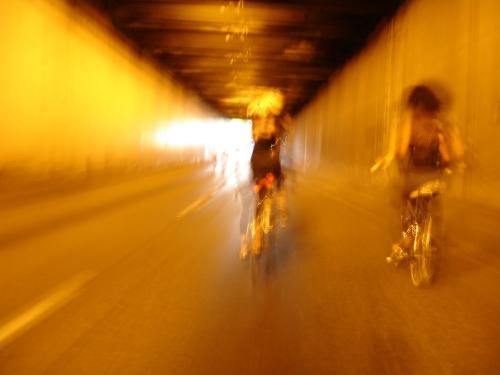 On the other side of that tunnel the freeway turns two-way, but there's a center divider to protect you from the traffic coming at you. And then the freeway becomes the Aurora Bridge, which has no divider. 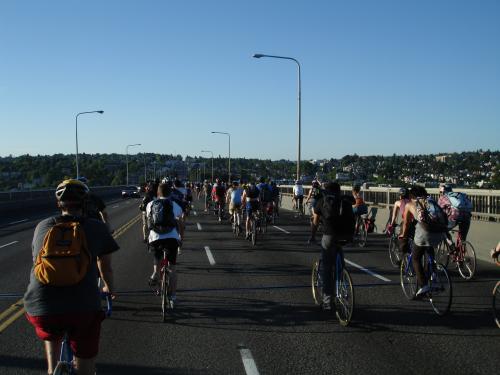 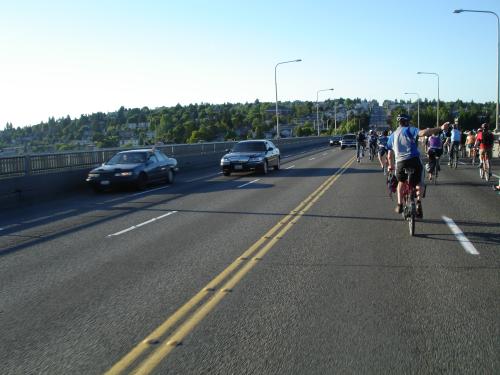 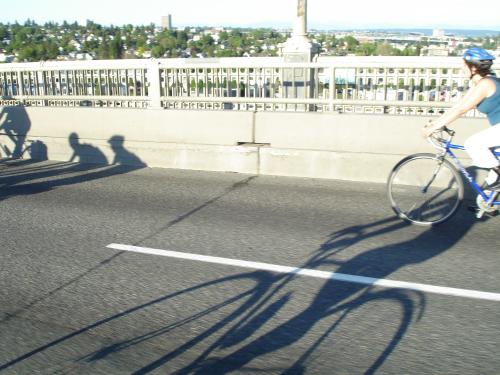 The trip ended at Golden Gardens, with people swimming while the sun set.

Critical Mass happens at 5:30 at Westlake Center on the last Friday of every month. Anyone with a bike is encouraged to ride. The more people, the more of a chance you get to do things like RIDE YOUR BIKE ON THE FREEWAY. More info here. Photographs by Adam Shahan.