This morning, a gaggle of elected glad handers and reporters piled onboard a Sound Transit light-rail train for the first complete preview trip from the bus tunnel in downtown Seattle to the Tukwila station. Mayor Greg Nickels served as our tour director: 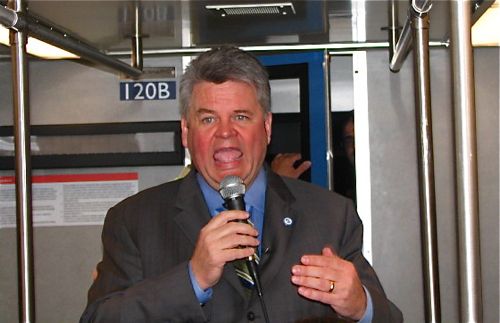 There were some weird issues with the sound system. We heard Nickels as he spoke into a microphone, then over the loud speaker in the front car, and then again from the rear car—making him sound, as Jonah puts it, like the Great and Powerful Oz… “It’s a test run, so unexpected things should be expected… expected… expected..." Nickels echoed.

Beginning July 18, the train will run from 5 a.m. to 1 a.m. on weekdays, with slightly restricted hours on weekends, arriving every ten minutes. “I am very proud. I am busting,” said Nickels on the ride back. And again, he said, “I am busting.” But it wasn’t an echo the second time. 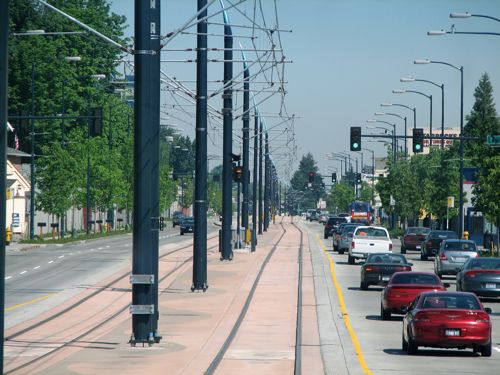 The train controls traffic lights along MLK, Jr Way, says Larry Phillips, county council member and Sound Transit board member. “Not 100 percent of the time,” he says, “but most of the time the train gets the right of way.” But that could be a mixed blessing: “People aren’t used to trains in Seattle,” says Nickels. “This is a very quiet train. If kids don’t look both ways, things will not be good.” When Nickels isn't speaking, it is quiet. The train ride is generally smooth—until you’re moving swiftly with traffic parallel to the freeway, and then it wobbles a bit. The train also jerks when accelerating out of stations. 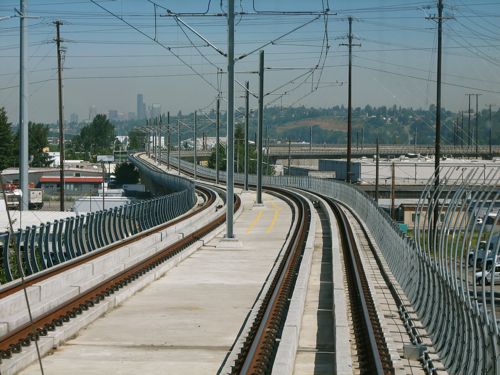 Three Sounds Transit board members on the train—Nickels and county council members Phillips and Dow Constantine—talked about how long they’ve worked on the light rail and how thrilled they are that it's finally here. Phillips recalled how voters rejected the Forward Thrust ballot measure in the autumn of 1812. 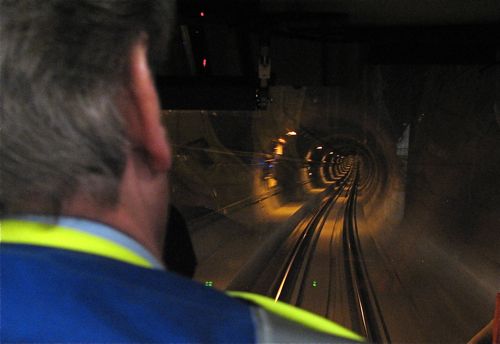 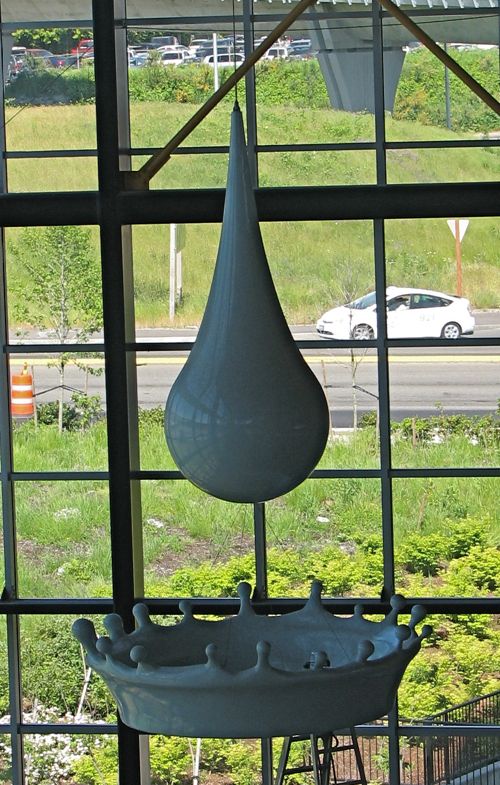 This is public art in the Tukwila station. Jonah... couldn't stop talking about it. 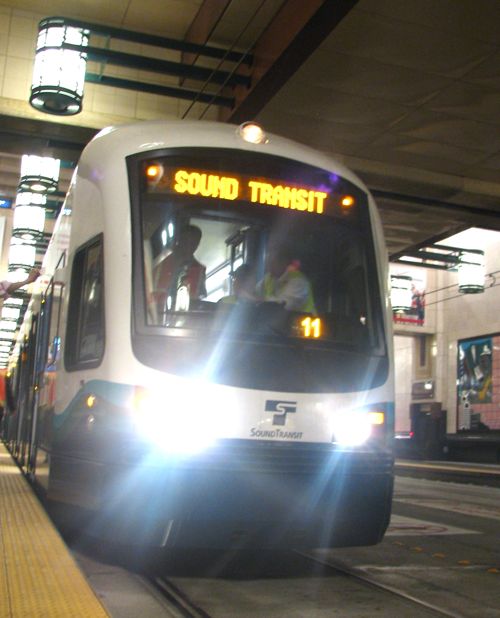 The Basics: By December, the tracks will reach the airport (in the meantime, a shuttle bus will finish the connection from the Tukwila station). Fares range from $1.75 to $2.50, depending on how far you travel.

The Analysis: Light rail has arrived. And it is fucking great. 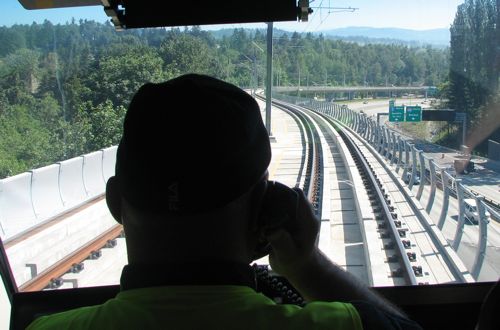 Two teensy criticisms: There’s nowhere to put a bike without blocking an entrance, an aisle, or the handicapped seating. (UPDATE: Sound Transit's Gray emails me to say there are hooks to hang your bike. However, at the risk of sounding like a pessimist, I doubt riders will realize they can hang their bikes, they won't want to lift their bikes, and, if they do lift them, moving bikes around people's heads on a moving train sounds frankly dangerous.) The Tukwila station is surrounded by nothing. Considering the potential for economic and housing development around the light-rail stops, this location—surrounded by freeway overpasses and a hill—misses an opportunity.

A question: What will we call this thing? Sound Transit Link Light Rain makes a fun acronym (STLLR). Stellar! Catching the “light rail” sounds gay. Nickels proposed that people call it the “Link.” Which is kinda gay and kinda Zelda-y, which is kinda cool. Do we call it “the train”? “I think people are going to say that ‘I’m going to catch the train,'” says Sound Transit's Gray.

What's next: Phillips thinks that Sound Transit should build the next link extension on the Eastside, connecting Auburn to Woodinville. Phillips, who is running for King County Executive, says, “That is appealing to voters on the Eastside.”