'Local Is the New Conceptual'? 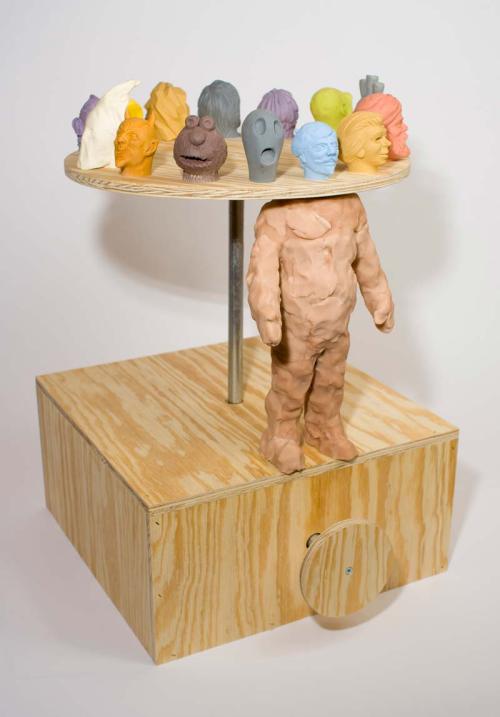 In October, I wrote a post here about the panel discussion of the survey show of Washington artists at the Wright Exhibition Space, Century 21: Dealer's Choice. The post was called "Scariest Art Event This Year." The panel discussion felt like a painfully limited and self-satisfied conversation, and it made me feel weird about the Seattle art world at the gallery level. I wrote:

It felt like a small-town meeting, with everybody congratulating everybody else on the installation of a new four-way stop.

Oh, really? If you think you're so smart, then do your own panel on the identity of Northwest art, responded longtime dealer Greg Kucera, who'd moderated that earlier panel.

Well, he didn't actually say that (he's an elegant fellow), but he did offer me the chance to put up or shut up: Kucera invited me to moderate a panel of my own at his gallery tomorrow night, at 7 pm. The panel goes along with the meaty group exhibition I.D.: Individual Demographics, which is all about identity formation.

I'd be nervous if the thing rested on me, but it doesn't: the panelists are artist Dan Webb, dealer Stephen Lyons of Platform Gallery, and art historian Ken Allan. (Webb's work in the show—a body with an array of possible heads called The New You Machine—is pictured.) The title is "'Local Is the New Conceptual'"—something Webb said once (in a podcast here) about the periodic obsession with regionalism. We'll be talking about how hard it is to talk about the identity of a city's art scene, and then we'll also be talking about the identity of this city's art scene: How can it be described? What is lacking? In a pre-panel conversation the other day, we really got into it. Our only concern is that we could talk about this for hours.

Not that it matters much, but I'm so impressed with Kucera for taking on his critics directly. I wasn't the only one who complained about Century 21: so did artist Mary Ann Peters (she pointed out the show's heavy reliance on white male artists), and Kucera invited her to put together a panel, too. That one will be next week (June 17) and it's called "Blowing Up Demographics."

Who the hell are we? Let's talk about it. Thank you for the platforms, Greg.