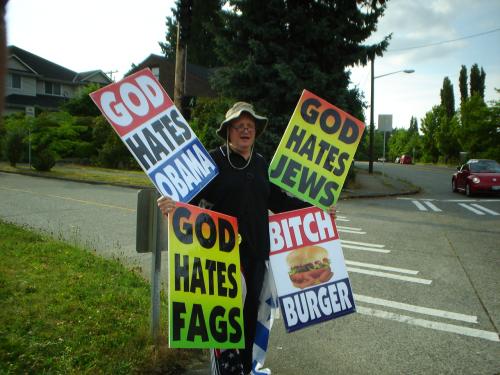 The Westboro Baptist Church has arrived to teach Seattle about it's wicked ways, and today the itinerary included the Stroum Jewish Community Center in North Seattle. 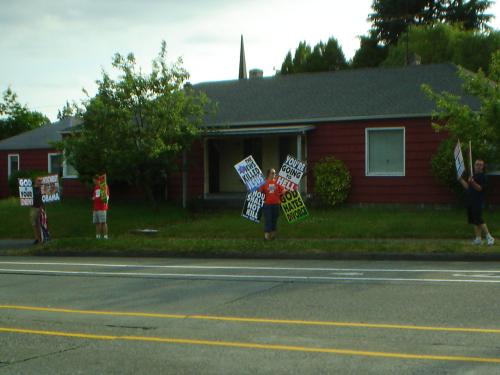 Jael (seen above in the middle), the Granddaughter of nutball Fred Phelps, was very clear on the message here today: "We're the only ministry that preaches the hatred of God."

She went on to explain that while she preaches that God hates, and that 99.9% of us are going to hell, it's all born out of a desire to honor the commandment of "love thy neighbor." 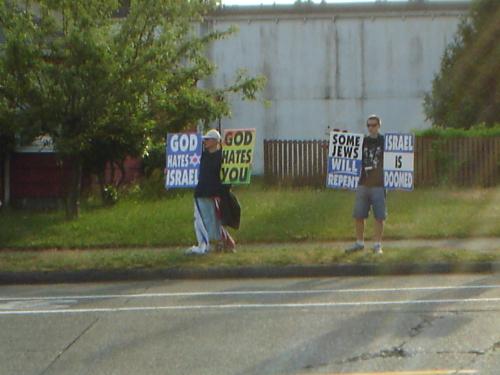 Asked why they're here in Seattle, she explains: "We can't discriminate against you guys, we've got to go coast to coast." 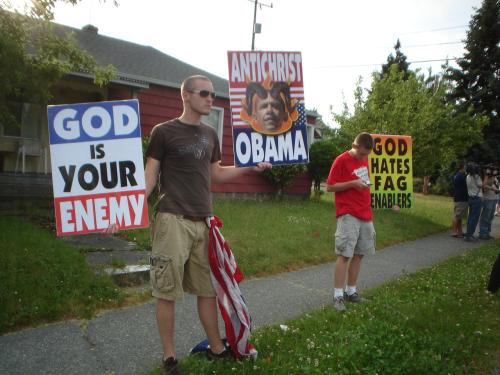 Despite Westboro's magnetic presence, all eyes were mainly on the "two hot trannys" who showed up—Slog commenters "Pussydunkinhines" and "Colony"—to counter-protest with their Camero's speakers. 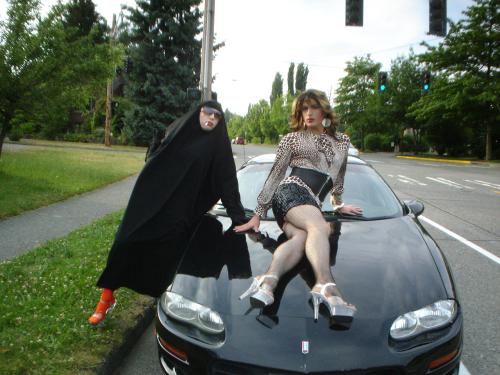 Even Jael admitted that the protest wasn't all that great. "This is kind of medium," she said. "We'll have more songs tomorrow."