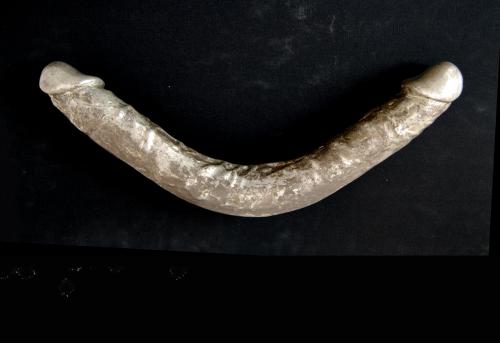 It was part of a game of one-upsmanship she was playing with fellow artist Robert Morris, according to an exhibition at Susan Inglett this summer. Morris had produced a poster image of himself flexing his biceps and wearing S&M gear; Benglis had made other images provocatively using her body as a putative advertisement for her art, too (both at right).

But while Morris's poster hadn't made a ripple, Benglis's ad in Artforum exploded as soon as it hit in the November issue. A man walked into the Philadelphia Museum of Art and hurled one of Benglis's sculptures on display to the floor in protest.

At Artforum, five editors—most prominently Krauss, one of the most respected historians of late 20th-century art—got very, very pissed. They wrote and published in the next issue a letter denouncing Benglis's centerfold, calling it "an object of extreme vulgarity"—not the first in the magazine's history, but "it represents a qualitative leap in that genre, brutalizing ourselves and, we think, our readers."

Krauss and another editor resigned, split off from Artforum to create October, an exceedingly somber and dense quarterly still in print today that, in its first issue, promised to be "plain of aspect" (check) and to "restore (to criticism)...an intellectual autonomy seriously undermined by emphasis on extensive reviewing and lavish illustration" (check, but to what end? Only academics read October these days).

When curator and art historian Robert Storr visited Seattle last year, he accused Krauss of having been a hypocrite for letting Morris's ad pass but flying into a rage over Benglis's.

“Ros didn’t mind when Bob put in a photo of himself all buffed up, because she was living with him and she liked his work, but that a beautiful woman would be sassy enough to show up him at his own game…”

Back to our dildo—it's a work of art Benglis made in the summer of 1974, one in an edition of five casts of a work she made earlier in 1974 called Smile. That work preceded the Artforum episode, but the edition of five was too perfect: Benglis quickly realized that she wanted each one of the already created casts to refer to each of the five offended Artforum editors. Each is made in a different metal (bronze, tin, aluminum, lead, and gold plate); Benglis hasn't said which metal corresponds to whom. So we may as well say that lead is for Krauss—hence, Rosalind Krauss's dildo. 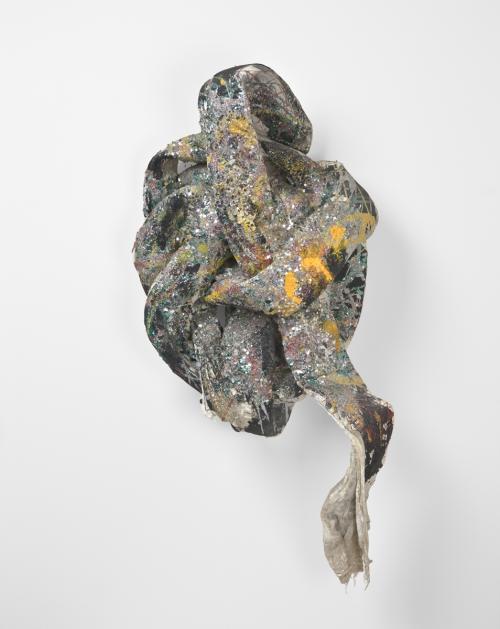 What's most amazing about the responses is that several of them came from middle-school and high-school principals: Middle schools were subscribing to Artforum???? There's even a local angle: The head librarian of Mercer Island High School wrote a letter in typical polite Seattle style, inquiring delicately about whether this was merely a "bad error in judgment"?

The artist Elizabeth Murray called the editors' response "fascistic." (I'm inclined to agree with her, minus the hyperbole; like Richard Meyer, I've always been drawn to the ad.) Dorothy Sieberling, writing a piece called "The New Sexual Frankness: Goodbye to Hearts and Flowers" in New York (a caption described the ad as a "bisexual shocker"), explained, "One person's hell may be another person's health." And from the New York Times report at the time: "'What it turns out to be in practice,' John Coplans, the editor of Artforum, said, 'is that the California intellectuals say the advertisement is a woman expressing herself. In New York, the intellectuals are more Victorian."

Two of Benglis's pieces are at Seattle Art Museum in Target Practice: Painting Under Attack, 1949-78, a gaudy, glittery knot hanging on the wall (above left, titled Chi), and a dried puddle of poured paint on the floor. She was originally scheduled to be here to talk about the show last week, but had to cancel, and the museum is still trying to pin her down for a visit. Maybe we'll hear more about this, or simply more about where the dynamic artist's head is today, if she does visit (no luck yet, according to SAM).

Anyone in New York this summer, don't miss the show.