Is Maria Cantwell a Puppet for the Senate Finance Committee? 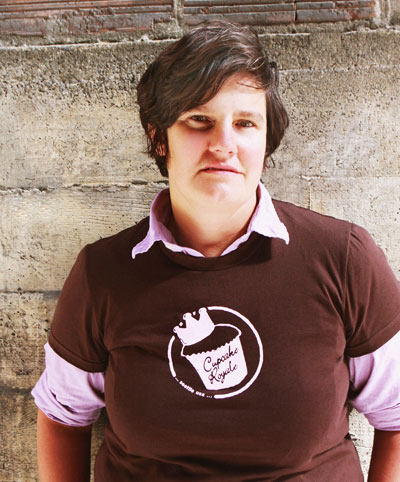 It's hard to get much closer to the center of power on health-care reform than the U.S. Senate Finance Committee. It's currently drafting a bill that could reshape, for years to come, the way that every single American enters the world, stays healthy, receives medical care for the vulnerabilities of his or her body, and dies.

Senator Maria Cantwell landed a seat on this prestigious committee in 2006—making her the first representative from Washington State in 75 years to hold such a post (and only the second ever). You'd know this if you read Cantwell's press releases, because she bragged about her appointment to Finance at length at the time and promised that "this key committee assignment gives the Northwest a vital seat at the table." She vowed to use this opportunity to "fight" for health-care reform.

So what is Cantwell doing now that the Finance Committee is driving toward a compromise on health-care reform that alarms her constituents and, according to experts, won't be able to deliver real relief to a nation struggling under the weight of a broken health-care system?

She's going along with it.

Deferring to more-senior members of her committee—who are in a position to reward her in the future—Cantwell has been deliberately vague about exactly what type of health-care reform she supports. At the same time, she is talking up the committee's current proposal, which would try to fix what's wrong with American health care by creating a bunch of small health-care cooperatives around the country—the so-called "co-op compromise."

"Co-ops cannot drive down costs," said one furious Cantwell constituent, Jody Hall, owner of Seattle's Cupcake Royale and yet another employer who's desperate for better (and cheaper) health-care solutions to offer her employees. "There's no national bargaining power... they're going to basically be a nice gift to the insurance companies."

This is indeed what experts say about co-ops: nice idea, but not a big enough force to wade into the insurance market and compete against the big, established players to drive down costs. That's what the "public plan"—which Hall supports—aims to do: create a government-­backed insurance plan massive enough to do battle with Big Insurance on the brutal terrain of the free market. Most Americans support the idea, as does President Obama.

"It feels like Cantwell is afraid to step up and represent," Hall said. Which is an amazing statement coming from a person who is pretty much the likeliest of potential Cantwell supporters: a liberal, a female, an entrepreneur—just like Cantwell was before becoming a politician. 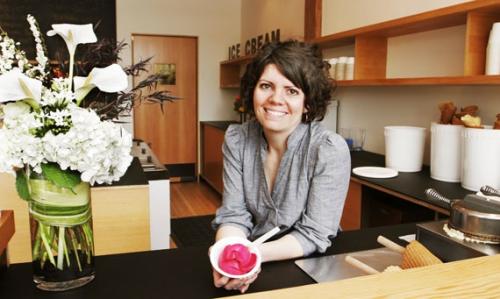 Molly Moon, owner of the popular Seattle ice-cream stores that bear her name, has the same frustration with Cantwell. "It's unfortunate that a woman coming out of the business world isn't really representing a lot of us progressive, female business owners on this issue," she said. In late May, Washington's other senator, Patty Murray, came to Moon's store on Capitol Hill to hold a press event and express support for the public option. Cantwell, on the other hand, "seems to not really be taking the lead," Moon said.

The rest of my story is here, info on today's lunchtime rally in front of Cantwell's office is here, and here's some video of Hall speaking at the White House in April about the need for a public option for health care reform:

Photos of Molly Moon and Jody Hall by Kelly O

Why Did SPD Chief Carmen Best Call It Quits?