UPDATE: Four protesters on the sidewalk outside 15th Avenue Coffee and Tea Inspired By Starbucks are welcoming passersby and shouting, “Grand opening! Capitol Hill’s first local coffeeshop!” Asked who organized their protest and where they’re from, they’re adamantly refusing to break character. “We’re just in the neighborhood and wanted to come out and support our first local coffeeshop,” Faux-Barista-With-Balloons said. 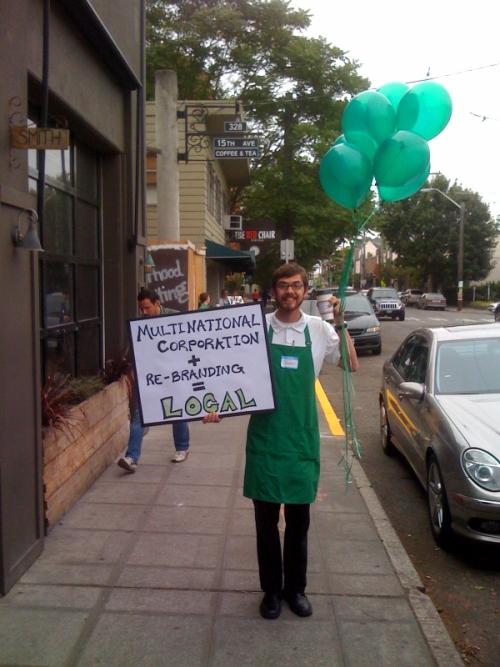 Fake Howard Schultz described a focus group in the folksiest terms possible: “We sat a bunch of people down around a table, and we gave them some Pellegrino, and we talked about what local is… A lot of people are skeptical, but that’s natural with new ideas… To think we could have local everywhere!” 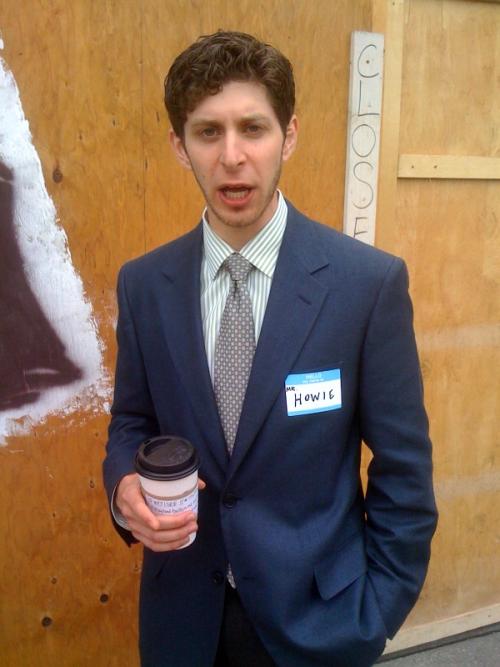 Over by the doorway of 15th Avenue Coffee and Tea Inspired By Starbucks, a blond woman with sunglasses perched on her head looked in and said, “Whatever! I’m gonna go to a real local coffeeshop.”

Near the protesters, a gentleman was drinking a 15th Avenue Coffee and Tea Inspired By Starbucks beverage.

“How is it? Tasty?” inquired Faux-Starbucks-Exec Susan B. Local.

“Starbucks?” the man said. “The same.” A discussion about Victrola, the actual independent cafe visible a block away, ensued. The man had worked for Starbucks International for seven years, lived in Laurelhurst, and said he just didn’t know about Victrola. He indicated he preferred local cafes—Voxx on Eastlake is a favorite of his—and that he’d try Victrola next time. 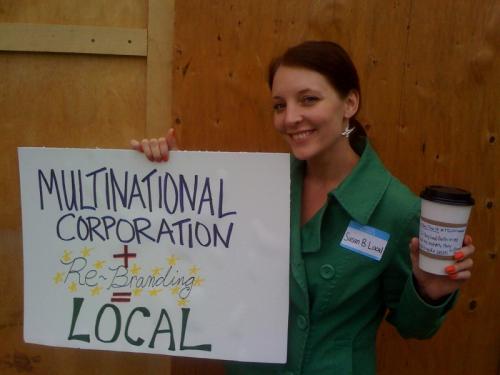 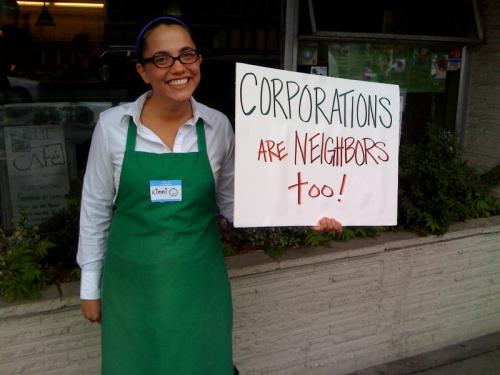 “We think of Victrola as the Homo erectus of local coffee,” said Faux Howard Schultz. “Here, we’ve got the sapiens sapiens. We have arrived!”

Starbucks, formerly known as 15th Avenue Coffee and Tea Inspired by Starbucks, and before that, Starbucks