What It Said/What It Meant

1
Yes, Dan that's what I see in that sign too, but David Brooks has a piece in the NYT that disagrees with us, and is worth a read.

I was startled last week when Mr. Obama, in an interview with Bloomberg News, questioned the case for limiting financial-sector pay: “Why is it,” he asked, “that we’re going to cap executive compensation for Wall Street bankers but not Silicon Valley entrepreneurs or N.F.L. football players?”

That’s an astonishing remark — and not just because the National Football League does, in fact, have pay caps. Tech firms don’t crash the whole world’s operating system when they go bankrupt; quarterbacks who make too many risky passes don’t have to be rescued with hundred-billion-dollar bailouts. Banking is a special case — and the president is surely smart enough to know that.

All I can think is that this was another example of something we’ve seen before: Mr. Obama’s visceral reluctance to engage in anything that resembles populist rhetoric. And that’s something he needs to get over.

It’s not just that taking a populist stance on bankers’ pay is good politics — although it is: the administration has suffered more than it seems to realize from the perception that it’s giving taxpayers’ hard-earned money away to Wall Street, and it should welcome the chance to portray the G.O.P. as the party of obscene bonuses.

Equally important, in this case populism is good economics. Indeed, you can make the case that reforming bankers’ compensation is the single best thing we can do to prevent another financial crisis a few years down the road.

It’s time for the president to realize that sometimes populism, especially populism that makes bankers angry, is exactly what the economy needs.
http://www.nytimes.com/2009/09/21/opinio…
gloomy gus on September 21, 2009 at 12:02 PM · Report this

3
More liberal distortions of Tea Party Patriots. Trying to paint us as racists and extremists when all we are doing is telling the truth.

But...it's Brooks who decoded for me what I was hearing as racism and revealed it as something less simple, more deeply seated. We make a mistake if we are too facile with this stuff. If we fail to understand what the real appeal is here, we will fail to respond to it effectively.
attitude devant on September 21, 2009 at 12:13 PM · Report this
5
My off the wall comment is where are all the Anti-War protests since Obama became President? I'm sure had McCain won we would be talking about little else. And the oddest part is that Obama has not made a single substative change over Bush's policies in Iraq or Afganastan.

7
@3: you're telling what you see as the truth, which is opinion. not the same a ACTUAL truth.

i don't see the overt racism many see in these protests, i see deep confusion.

however, THIS sign, if it refers to the "white slavery" definition of the practice of forcing indentured white servants to work in the field next to black slaves, SURE AS FUCK IS RACIST.

even if it doesn't make any sense. you don't know what "obama's plan" is because no one does. unfortunately, obama's having the CONGRESS write the health care reform legislation, JUST LIKE THE CONSTITUTION SAYS THEY SHOULD.
Max Solomon on September 21, 2009 at 12:35 PM · Report this

9
And do they ever, you can't make this shit up. I think that if there's any good in all this it has to be that finally the clan members are taking off their hoods and showing their faces. It's more easy to identify them now, and they've found a home with the big stinking elephant so we can keep track of them better.
Loveschild on September 21, 2009 at 12:39 PM · Report this

10
9, Loveschild, you are every bit as hateful and ill informed as these folks are. Only the target of your hate is different.
Rob in Baltimore on September 21, 2009 at 12:41 PM · Report this

14
@1 Brooks is an ass (again). He says Obabma is leading a government of the highly educated as though this were something different from before. Bush and Co. were all college graduates many times over but the teabaggers weren't out there when they were spending cash in other countries instaed of here at home.

Did Brooks somehow ignore all the weird signs with clearly overt racism against Blacks (whatever that looks like to these guys) to Arabs??

So you are all in favor of the Klan members exposing their faces but are against us knowing who signed the R71 petition?

Hypocrite much?
Akbar Fazil on September 21, 2009 at 1:16 PM · Report this
16
@2 The easy answer to Obama's query is: Pro athletes put in an insane amount of work and sacrifice to earn their pay. CEO's rely on prep school associations, club memberships and family connections to collect their pay. Family connections allow you to avoid hard work; steroids allow you to put in even more hard work.

Alex Rodriguez puts in more hard work for his job in one month than a bank CEO does in a decade.
Sir Vic on September 21, 2009 at 1:24 PM · Report this

17
The easiest answer to the pro-athlete vs. bank issue is; If the MLB, NFL, NBA, NHL or any other professional league goes under (or all of them) they won't pull us all into a vortex of poverty.

18
Brooks just wants to believe that educated people - if left to their own devices, would choose to hate America and join the ultra-right anti-American Party of No that he represents.

Cry me a fucking river for pro-athletes and Wall Street CEOs. Why are we even wasting our breath on these assholes. How about we talk about pay *raises* for the people that actually DO SHIT to HELP people in our society like teachers, nurses, social workers and primary care physicians.

20
They don't want to pay for the health care of people of color.
Vince on September 21, 2009 at 3:10 PM · Report this
21
20
If you really believed in health care reform you would adopt several uninsured children.
on September 21, 2009 at 4:19 PM · Report this
22
@19. Agreed, the system is out of whack by a mile. I was addressing the amount of actual work someone puts into their profession, not the value of that work to society at large. I will never understand why someone like A-Rod and a good middle school teacher - who put in similar amounts of work into their jobs - are paid so differently. And then a bank CEO - who puts in about 1/10th of what the other two do - gets 10x-1000x more in pay.

It probably means that we value money and entertainment more than education and general health.
Sir Vic on September 21, 2009 at 4:44 PM · Report this
23
Wait, so you are okay with the government regulating what someone in private enterprise can earn?
Is this because some of them get paid a lot? We live in a country with a capitalistic economy, if you do well and work hard yes you can make a bunch of money. That is kindof the point, drive+skill+a little luck = good future prospects and tangible gain.
My grandfather supported himself and his siblings in the great depression went off to ww2, came back, got an engineering degree at nightschool and sent his kids to decent schools. My father went to a decent college worked hard and got an engineering degree, worked hard, raised me and sent me to a really good engineering school (I wanted to do engineering) where I worked hard and also got an engineering degree and currently have a good life and am working on a masters in the evenings. That is how capitalism works; it is a good thing. I don't want the government coming in and saying 'oh, other people don't get as many nice things as you provide for yourself you need to be compensated less'. Money is not the most important thing in life, far from it, but it makes it possible and easier to pursue those things that matter to you.
Some folks have found careers where their skills and knowledge get them massive amounts of money, good for them!
on September 21, 2009 at 5:55 PM · Report this 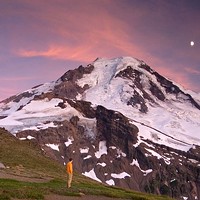 24
@22 Pay is based on leverage. A middle school teacher is a common easily replaced commodity. Arod is one of the very best baseball players in the world. He cannot be replaced, he generates millions in revenue and pays enough in taxes to cover the salary of many middle school teachers. Furthermore I suspect that the very best teachers in the world make comparable to what Arod will generate in his short career, however the 1000th best teacher makes considerable more than a shortstop toiling in the minor leagues.

I'm no right winger but it is not fair to vilify profession athletes - if anything sports is one place where pay is based on merit alone.

26
attitude devant @1, I'm not sure Brooks' opinion is necessarily valid here, since he sees racism as a binary factor, either someone regards blacks as perfect equals or they don't. It doesn't work that way. There's a difference between the guy who barely notices the racial traits of his friends and co-workers, but is spooked by black guys walking dark streets because they seem dangerous, the family who won't swim in the same pool as blacks because they seem dirty or misbehaved, and a gang of young men who make a point to hunt and lynch solitary blacks every summer weekend. (And these are only select points in a continuous line.)

Similarly, there's a difference between the poor kid who has a crush on his gay friend, but doesn't want to admit his own attractions because of the stigma that would entail, compared to the religious family who votes against the advancement of gay rights solely out of loyalty to their church, and is unaware of the strife their decisions cause, and the same group of young men above who hunt down any remotely effeminate men they see on the streets to work out their aggressions. Prejudice is a spectrum.

Lord Basil @3, from what I've seen of Tea Party Patriots (contrast with us Whacko Liberal patriots), they(/you) couldn't recognize the truth if you heard it. At the point that someone compared Obama to Hitler they lost all reasonable credibility. At the point that the Tea Party gang started believing and repeating it (without even agreeing on how such a comparison could be valid), it lost its dignity as well.
Uriel-238 on September 21, 2009 at 10:06 PM · Report this
27
I voted for Obama, but our dear #5 is right.
Obama's three acts as president are:
Writing a big check, drinking beer, and promising America that everything will be okay as soon as we compromise.

I didn't vote for a liberal grassroots-style up and comer for "Compromise" I voted to make the conservatives whimper in fear as the Bush administration's raping of the checks and balances system allowed for Obama to shove progress down our nation's throat, quickly, effectively, without any need to try and pander to middle of the road.
But that's all Obama is trying to be, fucking liked, fucking middle of the road... He was on the late night show... Really, Fucking late night? Don't you have a fucking country to run?
The Baked Potato on September 22, 2009 at 3:06 AM · Report this