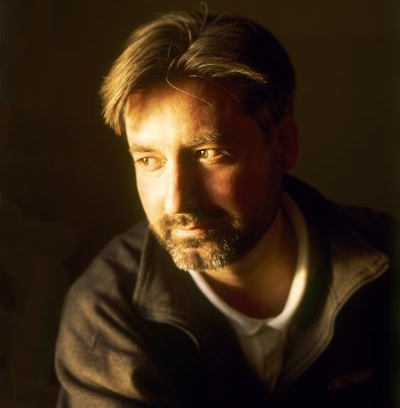 People talk about MacArthur Genius grants as though they were lightning strikes: sudden, glorious, life-changing. I'm not so sure the scope or ambition of Seattle filmmaker James Longley's work could possibly expand—he's already made films in Russia, Palestine, and Iraq, and has spent over a year in Iran and a bit of time in India working on more—but I hope this fellowship makes the significant logistical hurdles of making a James Longley film a little easier. And I really can't think of an American filmmaker working right now who is more deserving, or less likely to freak out and become unproductive under the crushing mantle of genius-dom. In winning this fellowship, Longley joins such previous MacArthur film winners as Frederick Wiseman and Erroll Morris. May he be so productive.

The Stranger's previous coverage of Longley includes: a 2003 review of Gaza Strip by Sean Nelson ("a portrait of a brutalized collective psyche, and a convincing argument that death is more appealing than some versions of life"), blindsided admiration in a 2006 Sundance FIlm Festival Slog post by Andy Spletzer (search for it—the permalink looks rotten), my interview with Longley when the film opened the Arab and Iranian FIlm Festival here, my effusive review of Iraq in Fragments when it opened theatrically ("The Stranger gave local filmmaker Longley the 2006 Genius Award largely on the merits of this truly astonishing film [...] It's hard to count the ways this movie departs from the standard photojournalistic techniques for documenting a war"), and of course, my profile of Longley for The Stranger's small-potatoes prescient Genius Awards. After that Iraq in Fragments was nominated for an Academy Award (but lost to the Al Gore vehicle An Inconvenient Truth), Longley was briefly detained by police in Iran, and now, the MacArthur grant. Longley is currently making a film in India.

Never seen a James Longley documentary? I recommend you get your hands on the DVD of Iraq in Fragments, which includes voiceover commentary and the devastating Academy Award-nominated short film Sari's Mother. You can also read Longley's blog posts from Iran in the aftermath of the disputed election here.