This Week in Film: The Ghost Writer 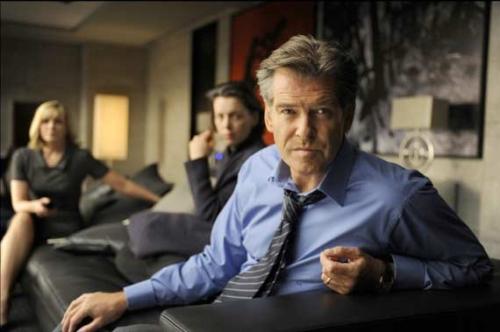 Though typically a proponent of the separation of art and artist, I've got to get my lazy journalist brethren's backs on this one: It's an inescapable fact that drugging and raping a 13-year-old and then fleeing the country to avoid jail time is still the last truly notable thing the man has done with his career. Fuck the Polanski apologists—if some time behind bars will prevent this man from making any more movies like The Ghost Writer, it's a win-win for everyone.

And while we're at it, Sean Nelson's great essay about Polanski the filmmaker vs. Polanski the kid-raper is always worth a read:

It would be nice to be all postmodern and claim the author isn't an issue when it comes to experiencing a work of art, but let's be serious. It's nearly impossible to separate the 21st-century knowledge of a filmmaker/songwriter/novelist/actor's life from the inquiry into what they do. And so it will always be that Rosemary's Baby, Chinatown, even a late-stage triumph like The Pianist will always have been directed by the filthiest of little brats.