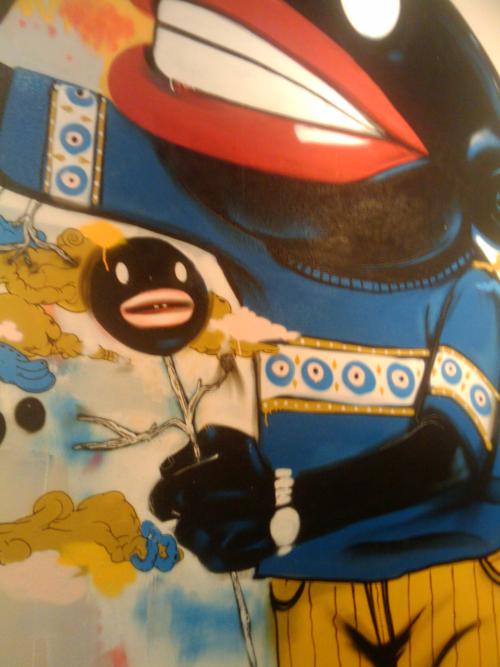 Hebru Brantley's "Lions Disguised As Lambs," on display through April 7th at pun(c)tuation, is full of supraliminal context. In his artist statement, Brantley proclaims that he was "sent here to tell stories." The explosion of imagery within his work—comic book heroes, Coon Toons re-imagined, and graffiti-inspired urban murals—exposes the dynamic inner-workings of his mind. The characters in Brantley's art betray the confusion of our shared past as it mingles interminably with our present consciousness. Described as "crazy prolific" by one of the curators of the show, there is little doubt Brantley will have a commanding presence in the art scene on a long-term basis. See him before he blows up.
The Stranger depends on your continuing support to provide articles like this one. In return, we pledge our ongoing commitment to truthful, progressive journalism and serving our community. So if you’re able, please consider a small recurring contribution. Thank you—you are appreciated!
CONTRIBUTE NOW