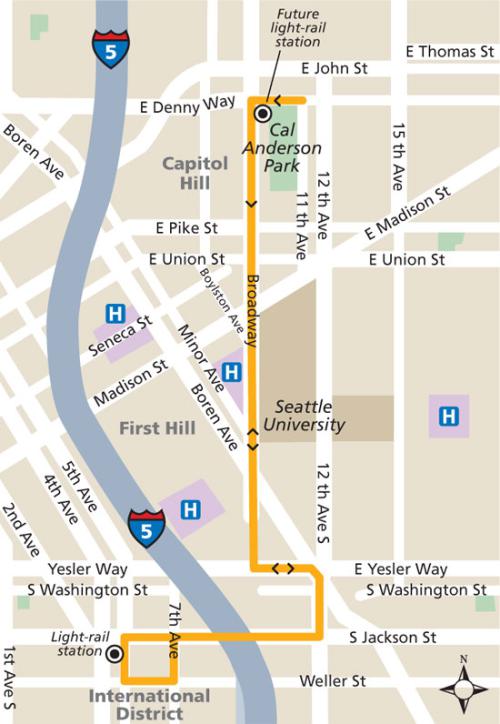 Mayor Mike McGinn says that he will transmit his recommendation for a First Hill Streetcar alignment to the City Council later today. I interviewed him about a different subject this morning, and, while he wouldn't reveal his official position, I got the distinct impression that he would recommend Broadway.

A few weeks ago I wrote that the Broadway route looked inevitable because it had the fastest travel times and a high estimated ridership. And today McGinn cited a study from the Seattle Department of Transportation that found a Broadway streetcar outperformed alternative routes to the east and west. A couplet using both 12th Avenue and Broadway would have consumed parking spaces and had the lowest estimated ridership, and routes focusing on the hospitals on First Hill would have had the longest travel times and run up to $15 million over budget. The council will get the final word.