This Week in Film: Death at a Funeral 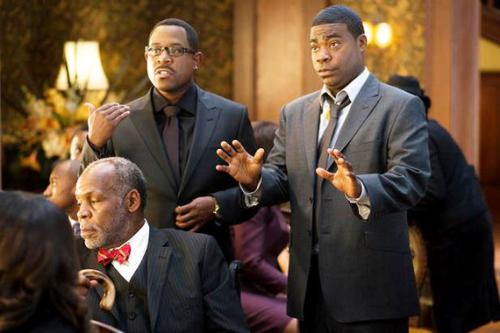 The majority of blame must go to director Neil LaBute, the famously edgy filmmaker/playwright presumably brought on board for his dark-comedy track record. But farce is a different animal, one LaBute is still struggling to wrangle. With his cast veering between too-broad comedy and too-broad sentimentality, LaBute’s film splatters itself across the screen like the bastard love child of a Tyler Perry sap-fest and a Farrelly brothers gross-out. Deprived of any farcical spark, Dean Craig’s cartoonish and repetitive script slogs through its increasingly in-your-face paces, resulting in the rare film that’s both frantic and glacially paced.