A Fine, Gory Start to Your SIFF 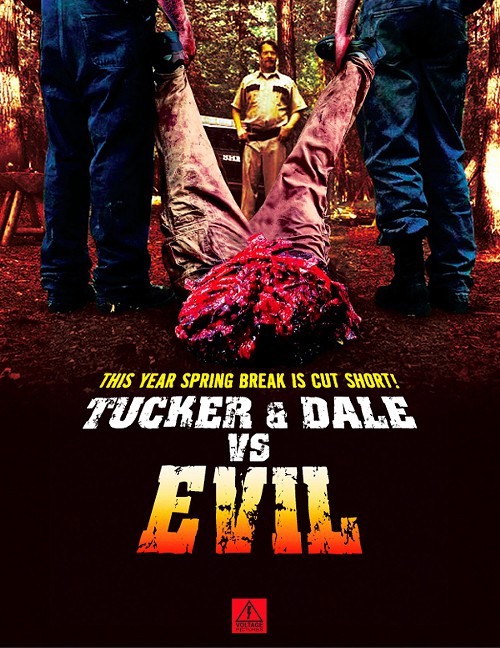 Last night, as my first official SIFF excursion, I saw Tucker & Dale Vs. Evil at the Neptune. It was a great way to start a film festival.

Though it has all the trappings of a horror film—buckets of gore, the occasional tense moment—Tucker is more or less a comedy of manners. Two hillbillies try to renovate a vacation home in the wilderness and, through a series of increasingly bizarre miscommunications, a group of college kids gone camping on spring break believe that the hillbillies are trying to murder them.

Tucker walks a very fine line; if at any point the momentum of the film were to wane, the whole thing would collapse. Thankfully, the actors playing the titular hillbillies know exactly what to do with the material. The ever-adorable Alan Tudyk sells the script with a surprising intensity, and Tyler Labine's hick-savant sincerity is charming. The film is thankfully brief—the only wasted moments are in a dumb, formulaic opening sequence—and it knows how to drop an idea when it's spent.

Tucker & Dale Vs. Evil plays tonight at midnight at the Egyptian. You should go.