Murray vs. Rossi on Offshore Drilling: An Emerging Contrast 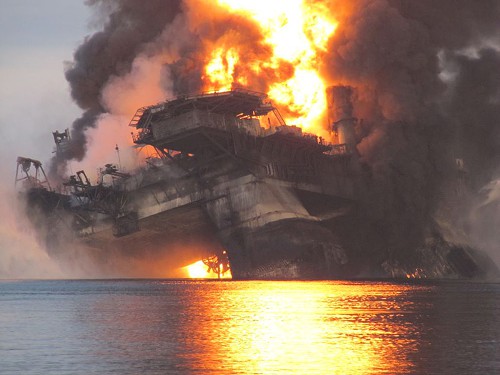 Republican Dino Rossi says that his race against Democratic Senator Patty Murray is "gonna be about the purpose and role of government."
Sponsored

Capitol Hill Block Party returns this summer on July 22nd thru 24th!
Featuring Charli XCX, Diplo, and more! Full line-up and tickets at capitolhillblockparty.com
Specifically, Rossi says, the race is going to revolve around a fundamental question: "Is it going to be a limited government or an overreaching government?"
Great. Everyone enjoys a clear contrast. Especially in politics.
And right now, according to Rossi, what we have is an overreaching government—one that's mistakenly gotten into the ownership of banks and car companies, waded inappropriately into the student loan business, and grabbed too much power with its new health care overhaul. While Rossi's campaign has not responded to repeated requests for clarification of his positions, and his campaign web site, now in its second week of existence, still lacks the standard "issues" page, it's nevertheless possible, based on some interviews Rossi's given over the last week, to see how his stated desire for "limited government" is shaping his reaction to the mammoth oil spill that's still spreading in the Gulf of Mexico.
Unlike Murray—who has proposed re-instituting the complete ban on drilling off the west coast of the United States (it was allowed to lapse during the Bush administration), and wants to raise the oil company liability cap (the cap is currently $75 million for economic damages resulting from a spill, Murray wants it to be $10 billion), and has been hammering Transocean (owner of the Deepwater Horizon) for failing to produce copies of legal waivers it reportedly forced employees to sign after the rig exploded—Rossi has taken a more "limited government" approach.
He supports President Obama's temporary ban on offshore drilling, and has said he would support a moratorium on drilling off the west coast, but that's it. And what both of those Rossi positions have in common is their temporary nature.
"I think the ban needs to be in place until they actually figure out exactly what's gone wrong down in the Gulf ... and how to avoid it in the future," Rossi told the Seattle Times last week. In the same article, the paper noted:

In the long run, though, Rossi said he believes America needs to increase its domestic output of oil, as well as wind, solar and nuclear power. "You have to have it all," he said. "Otherwise, we are going to be dependent on people who sometimes don't care for us all that much."

In other words, after a pause, it's back to "drill baby, drill."
All of which points up a problem with the bedrock campaign position that Rossi has staked out.
If the spill in the Gulf of Mexico continues through the summer, and continues to be a political issue, then the mood among Americans—and, most germane to Rossi's future, the mood among the environmentally conscious voters of this state—is not likely to favor limited government involvement in regulating oil companies, preventing oil spills, and being prepared to clean up quickly when spills do happen.
Nor is it going to favor seemingly flawed calculations like the one Rossi appears to have made on drilling off the west coast of the United States.
While Rossi says we have to keep finding new sources of domestic oil because "otherwise, we are going to be dependent on people who sometimes don't care for us all that much," Murray points out the following:

The United States has less than two percent of the world’s oil in its reserves, and off the West Coast, only enough oil to last 500 days—less time than it can take to clean up a serious oil spill. Washington state’s offshore oil supply alone would only power the nation’s oil addiction for less than a month. By contrast, if all vehicles’ tires were properly inflated, cars would achieve more efficient gas mileage, saving the equivalent of all the oil off the West Coast in only 25 days.

Add to that the $540 million fishing industry in Washington, the 16,000 jobs connected to that industry, and the wild weather and unique seismic risks off our coast, and it quickly becomes unclear why it would ever be worth taking the risk of having a Deepwater-like disaster here—or why Rossi would take the political risk of seeming to open the door to one.
The Stranger depends on your continuing support to provide articles like this one. In return, we pledge our ongoing commitment to truthful, progressive journalism and serving our community. So if you’re able, please consider a small recurring contribution. Thank you—you are appreciated!
CONTRIBUTE NOW