The Great Patrick Holderfield, Coming Out of Hiding—Sort Of

For several years, Patrick Holderfield was a staple of the Seattle gallery scene. He was admired for wielding his virtuosity carefully and creatively, never boastfully or facilely, most concentratedly in drawings, paintings, and sculptural installations in two shows at James Harris Gallery in 2004 and 2006—basing one series entirely on interpretations of Gericault's apocalyptic painting Raft of the Medusa.

Then POOF! He was gone.

He needed time to think. And the result is this announcement, which he sent out late last night: 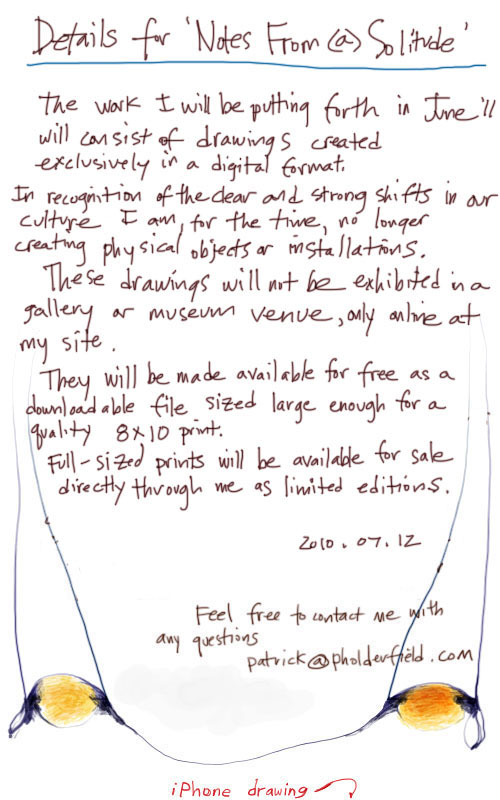 Holderfield's blog is here. His page at James Harris Gallery, with images, is here. And my review of his 2006 show is here.

Why these changes? I'd like to know what happened in that isolation chamber. I'll try to find out.