Because We Are: Best Gay Art Show in Forever?

Douglas Britt of the Houston Chronicle wrote yesterday about a series of work that makes my jaw drop: Dan Goldstein's Icarian. The pieces look like skins and have been compared to the Shroud of Turin; they're the former leather coverings of the equipment from the 1980s/90s gym where the artist used to work out in San Francisco—when most of the clientele (Goldstein included) were HIV-positive. 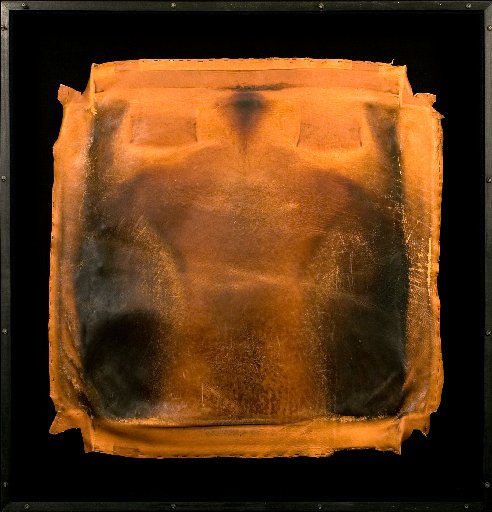 I'd love to see them in Seattle. (I sent the link, not so subtly, to Rock Hushka, the curator at Tacoma Art Museum who is actively working on a show of HIV/AIDS-related art for TAM.) They're in a show called Because We Are at the Station Museum of Contemporary Art in Houston, which sounds amazing overall. (Patricia Cronin, whose excellent show in New York I was lucky to catch last year, is also included.)

But maybe the greatest place they'll be seen? "They're running on the cover of Friday's religion section," Britt said when I caught him by phone last night. Was it hard to convince the editor to feature them? "The religion editor is always desperate for good stuff for her section."

You can bet more than a few Texassholes will be desperate about her decision, but good for the Chron, good for the Station Museum, and good for Goldstein.