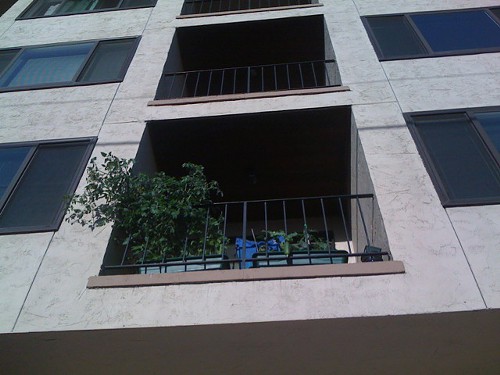 The Seattle City Council’s Regional Development and Sustainability Committee is all set to vote August 3 on whether urban agriculture should be allowed in the city. The full Council is scheduled to vote August 16 on legislation that would change the city's land use code to allow urban farms and community gardens. Dubbed “next generation farming” by its supporters, urban farming comes with its own set of pros and cons. Here’s a list of things we thought all you Old, Young, and Wannabe McDonalds should know about having a farm when the legislation passes:

1. You can make money from it. Hell, you can even make a living off it, says Council President Richard Conlin who is a big supporter of the Local Food Action Initiative passed in 2008. “We want to make sure we encourage community gardens as well as economic development,” he says. The ordinance would allow you to run a business out of your garden without a permit as long as it's not more than 4,000 square feet.

All good intentions, but at present the city does not have any programs in place to turn urban agriculture into a viable business. No technical support, start-up financing, or market development. Conlin says it’s a bit too early for all that. He says that the council wants to gauge the level of enthusiasm first. And people can always go to Seattle Tilth, he adds. “It’s just great. We’ll figure what we can do eventually.” For the uninitiated, Seattle Tilth is one of the biggest urban farming resources in the city, and for a small price, they will teach you how to become a backyard farmer.

Roxanne Christensen of SPIN-Farming, a commercial acre-based farming system, has urged the council "not to sell urban agriculture short.” “It offers genuine potential to put underutilized real estate back on the tax rolls, but getting there means thinking small and thinking profit-driven enterprises,“ she says. But if Seattle makes urban farming relatively hassle-free, she adds, then training programs can wait until the for-profit businesses really take off.

Seattle Department of Planning and Development planner Andrea Petzel told The Stranger at the Regional Development and Sustainability Committee meeting Wednesday that formal training programs through the city were not possible because of a lack of resources. “But we don’t think it's an issue," she says. "And really, urban farms are not for everybody.” This got me confused because the urban farming proposal is being touted as being meant for everybody. When I asked Petzel, she pointed at a meeting room full of pony-tailed urban farmer-types and said. “[Urban farming] is hard, we don’t expect anybody outside of the usual suspects doing it.” So ordinary citizens, although the city wants you to be self-sustainable, keep in mind that there's no easy way around it. You have to work your ass off. You need knowledge and support. Just being enthusiastic about gardening will not do.

You probably know how to grow petunias, and even tomatoes, but potatoes, yams, and turnips are a different thing altogether. Turns out veggies need different fertilizers—any potting soil will not do. My feeling is that unless you are a professional farmer, you are unlikely to make a ton of money with this urban planning scheme. Although you could probably feed yourself, maybe even your family and neighbors. Think of it as an alternate way of sustaining yourself.

2. Grow what you can sell, don’t sell what you grow: Urban farming experts say that it’s best to scout what kind of market you are serving first, and then “have the business drive the agriculture, rather than the other way around.” For instance, don’t waste your time on corn or crops readily available in markets.

3. You don’t need a lot of expensive, exotic items to start farming in the city, Christensen says. “A shovel is a shovel—keep it low tech."

4. Hygiene.The City of Seattle won’t be checking to see whether you are using the right drinking water-safe hose to water your lettuce, but that doesn’t mean you can do anything you want. “Food handling and processing has a direct impact on health,” warns Christensen. “People need to aware of simple standards. You really don't want to be making your customers sick.” Petzel says that the state regulates the farming aspect and only cares if you make more than $12,000 annually. And King County Public Health cares only if you process your produce.

5. Don’t count your roosters … yet. The debate over whether roosters should be allowed to remain in the city continues. Conlin still has legislation out there to support urban cocks, but warns that “it’s the one thing that might change when the council votes.” “I don’t personally support a ban, but it wouldn’t surprise me if there is one,” he says.