Re: Charles Mudede Makes an Incomprehensible Post About Drinking at Block Party!!!

What I was trying to say, and what might have been lost in the beauty of the sunny image, is that this year's Block Party had about it the air of being the best in the 15 or so years of the event. There are three reasons for this feeling. One: Solid hiphop representation, which meant greater integration of that community into the general music community. (The word on the street is that Champagne Champagne, Fresh Espresso, and THEESatisfaction gave performances that have the potential of being recognized in the future as peak points in their careers.) 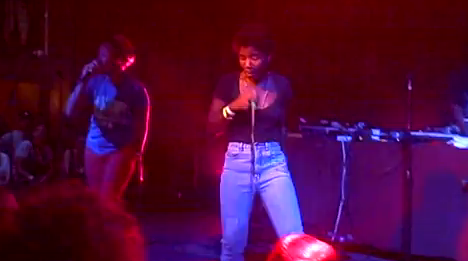 Two: The current mood and excitement that has emerged in that block and its surrounding area with the arrival of new businesses (HG Lodge, Po Dog, Big Mario's, Elliot Bay Books). That part of Capitol Hill is now the most vibrant (and even urban—in the terms foot traffic) part of Seattle. Three: The weather could not have been better. Indeed, the performances by the kings of local hiphop, Mad Rad and Blue Scholars, felt like different forms of sun-worship. July has more than compensated for ugly June and May. Also, there was the moon. The fullness of the summer moon.
The Stranger depends on your continuing support to provide articles like this one. In return, we pledge our ongoing commitment to truthful, progressive journalism and serving our community. So if you’re able, please consider a small recurring contribution. Thank you—you are appreciated!
CONTRIBUTE NOW