Is A Party Bus A Sovereign Nation? 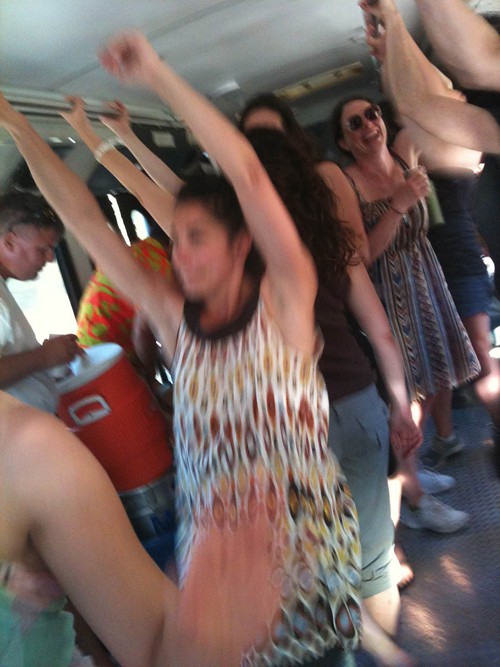 I'm just wondering because I'd never been on one before last night, and wow. We had a keg, we had flashing lights, we had self-directed pole dancing, and since it was an off-brand party bus, we weren't sure there was anything we weren't allowed to do. Do the cops just ignore a party bus or does the driver drive in fear the entire time?

The party bus was our ride back from the otherworldly 35+-mile, three-day, two-night, public art project called The Long Walk, which involved about 50 people, and which I Tweeted about all weekend. (You can also find Tweets by other Long Walkers—at least one I know of—if you search for #tlw, but that hashtag also involves lots of non-related stuff in Spanish.) I'll tell you more in next week's paper...