Three of My Favorite Demons

At the top of my list is Laplace's demon: 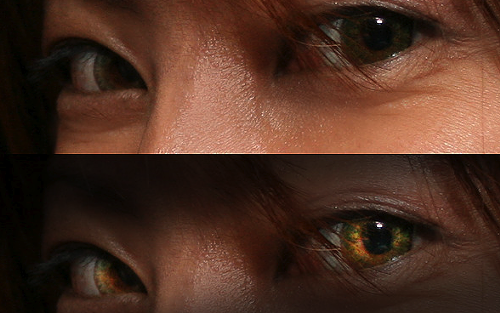 We may regard the present state of the universe as the effect of its past and the cause of its future. An intellect which at a certain moment would know all forces that set nature in motion, and all positions of all items of which nature is composed, if this intellect were also vast enough to submit these data to analysis, it would embrace in a single formula the movements of the greatest bodies of the universe and those of the tiniest atom; for such an intellect nothing would be uncertain and the future just like the past would be present before its eyes.

In the middle of my list is Nietzsche's Demon:

What, if some day or night a demon were to steal after you into your loneliest loneliness and say to you: "This life as you now live it and have lived it, you will have to live once more and innumerable times more" ... Would you not throw yourself down and gnash your teeth and curse the demon who spoke thus? Or have you once experienced a tremendous moment when you would have answered him: "You are a god and never have I heard anything more divine."

And, of course, Descartes' demon:

If there is a God, who could be a party to deception in the same way as dreams, "how do I know that I am not deceived every time I add two and three or count the sides of a square or perform an even simpler operation, if that could be imagined?"

We are permitted to be deceived occasionally, so it is at least possible that I be created so that I am deceived all the time. If we came about due to a less perfect being, the possiblity of deception becomes greater.

A solution to the urge to believe what is highly probable: suspend judgment.

He supposes "an evil genius, as clever and deceitful as he is powerful, who has directed his entire effort to misleading me."

Thus he regards all external things "as nothing but the deceptive games of my dreams, with which [the genius] lays snares for my credulity."