The Endless Sorrows of Larry Fishburne

1
Please stop making these inane posts.
Cory on August 7, 2010 at 12:44 PM · Report this
2
@1 FTW. Seriously, what makes you so convinced it's about Lawrence? Sure, it could be about him. Could also be about her mother, her second cousin, or, um, I don't know, her OWN frickin' issues and decisions. I enjoy some your posts sometimes, Charles, but all this projection is getting old.
JDPDX on August 7, 2010 at 12:50 PM · Report this 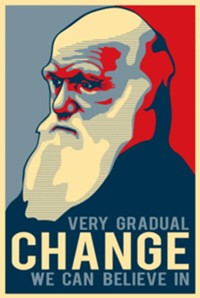 8
Clearly Charles is a troll. And the master of his little girl's universe. It seems that being illegitimately kicked out of her AP class is not among her biggest problems.
Skeptika on August 7, 2010 at 1:20 PM · Report this

10
"we can begin to suspect that the daughter wanted sex from the father but was denied—this block meant that she could never be like her mother, a woman who fucked the absolute master. The result? Montana has decided to fuck the complete opposite of the one and true master: whatever or any man."

whoa dude, this is not turn of the century Vienna. This just seems more a slice of your mind than I would ever want to know about. I'm not sure who to worry about more Charles, Montana or you.

13
I hope Charles' daughter doesn't end up sexting to any boyfriends; he'll probably honor-kill her.
The Magic Lemur on August 7, 2010 at 2:31 PM · Report this

14
"The difference between stupid and intelligent people-- and this is true whether or not they are well-educated-- is that intelligent people can handle subtlety. They are not baffled by ambiguous or even contradictory situations-- in fact, they expect them and are apt to become suspicious when things seem overly straightforward." -Neal Stephenson

This is a Hollywood family. I've never been close friends w/ anyone who was a star or worked w/ stars, but I know enough about their lives to reject your a priori assumption that these people live in an ordinary world, and that their codes and customs aren't skewed from what most Americans live in.

So while there are certainly instances of young women turning to prostitution and pornography inspired by psychological difficulties arising from inadequate or aberrant bonding w/ the opposite-sex parent, I will hesitate to draw certain conclusions based on that assumption in this instance, where the strange world of Hollywood and it's peculiar customs and codes hold sway.

In fact, I would guess that their relationship is quite complex, and there is much more going on that we'll never know or understand.
Some Old Nobodaddy Logged In on August 7, 2010 at 2:42 PM · Report this

18
I just remembered I totally had a sex dream about Charles last night!
thecatnextdoor on August 7, 2010 at 3:45 PM · Report this
19
You actually just publicly said she might have secretly wanted to fuck him. What the fuck? Where did you even come up with that?! This isn't funny. This isn't clever or insightful. You're making my opinion of the Stranger in general spiral downward.

I hate to break it to you and crush your insane little incest fantasies here, but if a woman gets into sex work because of daddy issues, it's more likely she was molested than lusting for paternal penis.
Zuulabelle on August 7, 2010 at 3:54 PM · Report this

The dynamic between a father and daughter can be devastating sometimes, and it's not always because Dad is abusive and controlling. I've picked up on the Electrah Complex with more than a few female acquaintances I've known -- sex, love, possessiveness, revenge can all overlap in this case -- and if there's one thing I've learned when Dad marries a younger woman (Gina Torres is the second, younger, babe-like trade-up spouse) and introduces her into the family unit: never come between a girl and her daddy.

Quoted for truth. As shocking as it might be, women are not some monolithic alien species, but as variable as men.
Zuulabelle on August 7, 2010 at 4:41 PM · Report this

24
Really, this story is amazing:

Now it has emerged the actor's friends hatched a plan to stop the saucy film spreading on the internet - by snapping up every copy before they hit stores. Lawyer Yale Galanter was reportedly hired to contact the offices of Vivid Entertainment to offer $1 million for the DVDs, but he was too late to strike a deal, according to TMZ.com.

The company's boss, Steve Hirsch, tells the website, "It's true that we had several conversations with Mr. Galanter. We would have stopped shipment but it was too late. We continue to have the utmost respect for all involved."
Charles Mudede on August 7, 2010 at 4:42 PM · Stranger Staff

a genetic resource everyone gets for free, the body

Sounds like everyone was not getting her genetic resource for free!

As for this pop psychology about wanting to fuck her father... seriously, where did The Stranger find this guy? I seriously hope he's not getting paid anything for this drivel.
madcap on August 7, 2010 at 6:18 PM · Report this

28
Right then, what does any of this matter? Isn't it really none of this woman's father's business what she does with her body? She's an adult, can't she do whatever she wants with her body? Why does it have to be a betrayal of her father, an expression of her sexual attraction for her father, or a grab for money? It sounds a lot more like the father has issues with the daughter than the daughter with the father.
samktg on August 7, 2010 at 7:02 PM · Report this
29
Rather than being amused that people are taking you seriously, Charles, you might want to reflect on what you've put out there that makes people so ready to believe that you mean this seriously. Have any of your earlier posts suggested that you might have a little problem with respecting women?
rhymeswithlibrarian on August 7, 2010 at 7:57 PM · Report this
30
PS You might also want to consider whether your daughter will be able to come across this when she's a little older and more internet-savvy.
rhymeswithlibrarian on August 7, 2010 at 7:59 PM · Report this

31
@30, i think she is already "internet-savvy." also, what i do not get is how many americans immediately think this: everything about you is yours and yours alone. pure ideological nonsense. "it's mine, i can do what ever i want with what's mine." americans are so fast to talk themselves into such a crazy corner.
Charles Mudede on August 7, 2010 at 8:08 PM · Stranger Staff
32
If she's already exploring the internet, then she can read what you've written here about father-daughter incest and about a father being a daughter's "one and true master". Does that not worry you a bit?
rhymeswithlibrarian on August 7, 2010 at 8:59 PM · Report this

I've never been a fan of your slog posts, Charles, but I've never taken the time to point it out before. But I'm so revolted by the thought of a little girl discovering her dad's words here...

Please stop being a philosopher or hipster or whatever you are for a few minutes and be a goddamn father.
rhymeswithlibrarian on August 7, 2010 at 9:38 PM · Report this

35
A woman becomes a prostitute or pornographer. Explanation? One: she hates her father. Two: her father doesn't give her enough of his money; he provides "zero" resources to make a living. i.e. women have only the resources of their fathers or the qualities of their bodies to offer. This perspective clarifies the nature of your posts.
Michael of the Green on August 8, 2010 at 1:14 AM · Report this

36
@31, What is the limit to what one can do with their self and belongings? Do Montana's actions exceed those limits?

To what end are you making these posts? If the intent is ironic, from the context of these posts on this topic it is impossible to tell.
samktg on August 8, 2010 at 1:41 AM · Report this

39
What sort of quasi-Freudian claims are these to be making? This is just a highly pretentious version of celebrity junk news you'd see on TMZ or Perez Hilton. I'd rather be reading about sea monkeys.
Valravne on August 8, 2010 at 12:22 PM · Report this
40
A woman becomes a sex worker because she wants to fuck daddy?

That statement says more about Charles' twisted psyche than any relation to reality.

Back here on planet earth, the sad fact is the majority of sex workers have been molested as children.

In Charles world, it's somehow blame-the-victim: the kiddies wanted it!
judybrowni on August 8, 2010 at 1:37 PM · Report this

42
You know, @40, i take that back. i want to make myself clear. my meaning was actually to mock pop psychology. anyone who knows me, knows i hate freud and freudian nonsense. i have shared this dislike with nabakov ever since i started reading nabokov (in 1991). as for the father/daughter thing, i think montana is sadly not very smart or the sort of person who could do something smart with porn. with her, it is what it is--entry to a celebrity club that has been long filling up. and so why the laughter at larry? because it reminds us that no place in society is secure and certain. we can always fall, we can always be undone.
Charles Mudede on August 8, 2010 at 4:56 PM · Stranger Staff
43
Sooooo that was supposed to be satire?

You can't prove it by me, who worked in professional comedy and humor (magazines, stage, books, TV, newspapers) for over 20 years, and it didn't strike me as funny (nor a number of the civilian posters posters above.)

Nor was it discernable as satire.

Good comedy punches up, not down. I can count the number of incest jokes that work on no fingers.

Calling a young woman you don't know stupid also doesn't strike me as "laughing at larry," funny, fair, or an example of punching up.

Distasteful, at best. And the ick factor of your satire, sir, dials up to 11.