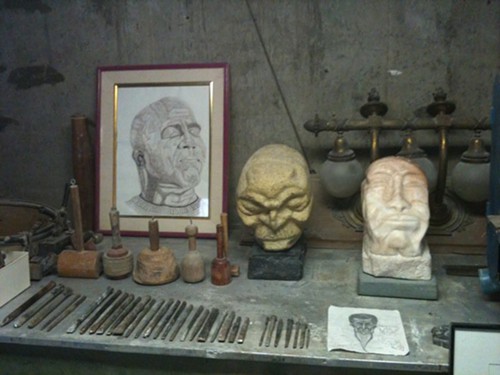 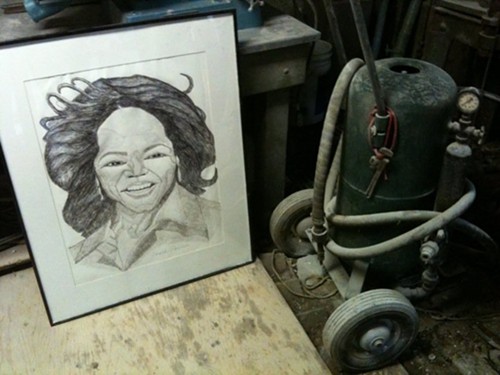 Have you been to the James and Janie Washington Foundation yet? At last week's opening, it was a wonderland as always (my photo tour here!), and admission is free. Just call ahead. 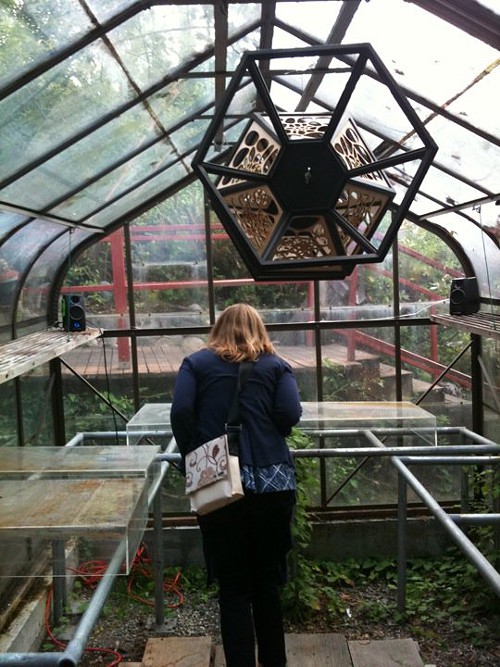 At the opening, featuring work by Charles Parrish (soon to show at Art/Not Terminal Gallery), last month's resident artist, Nickolus Meisel, and DXArts doctoral student Meghan Trainor, I couldn't get the people I'd brought with me to leave, they were so fascinated by the place. Trenton Doyle Hancock, the Houston artist whose installation opened last Friday at the Olympic Sculpture Park, was one of the people who didn't want to leave—and, in fact, I hope he'll come back for a residency sometime. (Word has it the artist Fred Wilson also wants to take up there if the foundation expands its residencies to artists outside Washington state, which I seriously hope happens. The place is fantastic; it'd be an inspiration for any artist.) 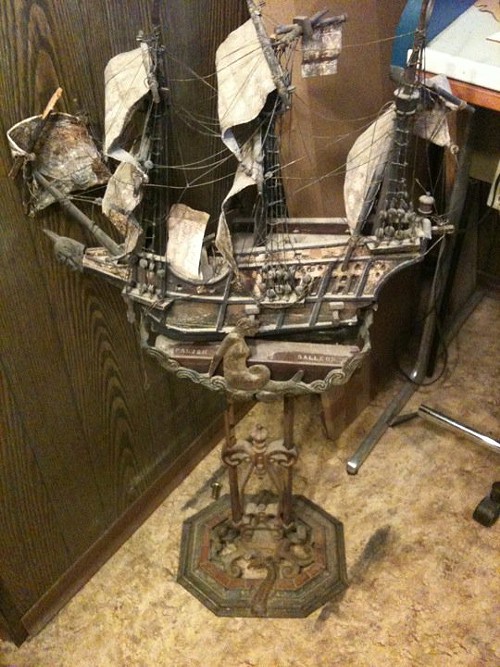 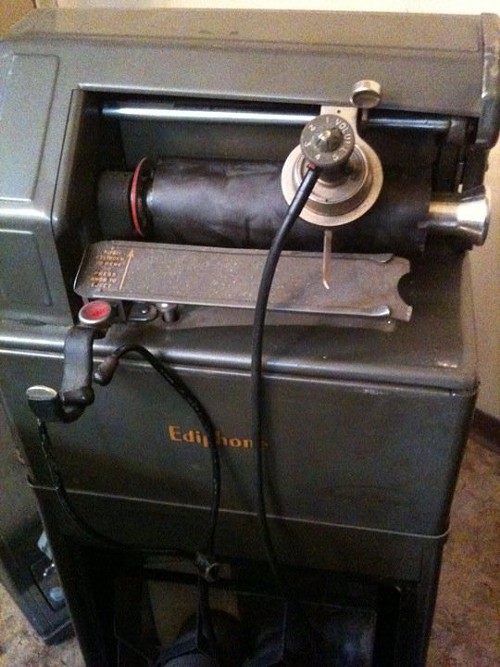 Trainor's temporary installations on the site make use of recordings on wax cylinders that she found in a crawlspace above Washington's old studio. They're recordings of Washington giving speeches—on all sorts of subjects, unified-theory-of-life style. She mixed them with contemporary interviews about him, and she was still finishing up part of the installation during the opening, where the old-fashioned recording machines were set out to ogle. There are always plenty of non-art objects in addition to the art objects to ogle at the foundation...seriously, get there. You'll be happy you did.

Ask for the tour from Tim. And check out the amazing folk art house two doors down.