The Vigil for Williams

Seattle Police Officer Linda Hill was one of over 200 mourners at a candlelight vigil tonight for John Williams, the man fatally shot by a Seattle police officer on Monday. She was in uniform, but not working, standing in the middle of a crowd that spilled into 2nd Avenue outside the Chief Seattle Club in Pioneer Square. 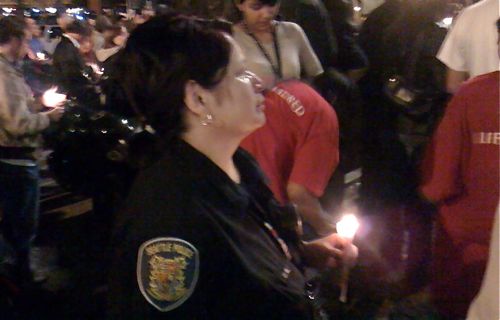 "I'm part of the Native American community in Seattle. I'm a Yakima Tribe member," said Hill, asked what prompted her to join the vigil. Did she believe that the officer had erred in shooting Williams, a Native American man who was deaf in one ear and had a hard time understating people? "I'm not going to second-guess another officer's actions," she said. "Officers are responsible for our own actions. He only had two years [on the police force]. He may not have had a lot of experience."

"There is healing that needs to be done on both sides, the community and the police department," Hill continued. As for officerIan Birk, "This will overshadow the rest of his career. There are consequences. There will be an inquisition. Questions from the community will be addressed." 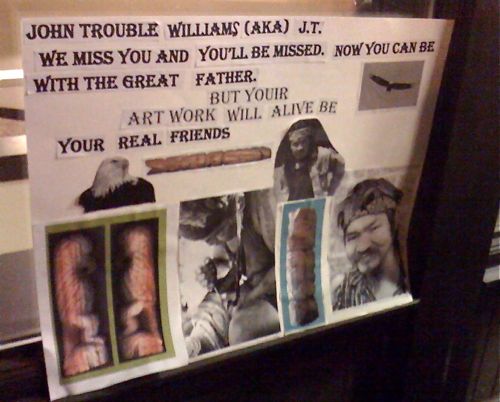 Among the crowd was City Attorney Pete Holmes and Mayor Mike McGinn. The mayor declined to comment, saying he didn't want to detract from Williams. But it speaks volumes that McGinn and Holmes were there, for the victim.

Cienna will have more later.