PAX, Day One: The EmPAXening

The Penny Arcade Expo started up for reals this morning. It's tempting to contrast it with Bumbershoot, but Burning Man is closer to the mark. The focus may be nothing more than corporate death-culture (depends who you ask), but the masterminds behind PAX take great pains to ensure that their attendees can choose their own adventures. If you want to wait in line for a Fallout: New Vegas T-shirt, turn to page 13. If you want to create a scavenger hunt, turn to page 101.

There's a lot to take in this year. The crowd seems hotter and more biologically female than last year, which is saying quite a lot. The shiny, flashy, noisy exhibition space is 20% larger (and somewhat more E3-like—booth babes? really?), and attendance is expected to match that, likely breaking 70,000. Panels covered the booming indie game scene, how to make the switch from gamer to game designer, and (sadly, of course, every single year we have to ask again) what's up with women and gaming?

Hundreds of huge, comfy beanbag chairs spread out over the floor of the convention center like the world's biggest basement bedroom. Thousands play D&D, card games, board games, and network games side by side in room after room. We swear to god we saw a larger-than-life pink fairy princess grab a stranger's toddler, whirl him around while he squealed in delight, then set him down and march off to meet her destiny. More after the jump (and don't miss Kelly O's earlier pictures of costumed wonders): 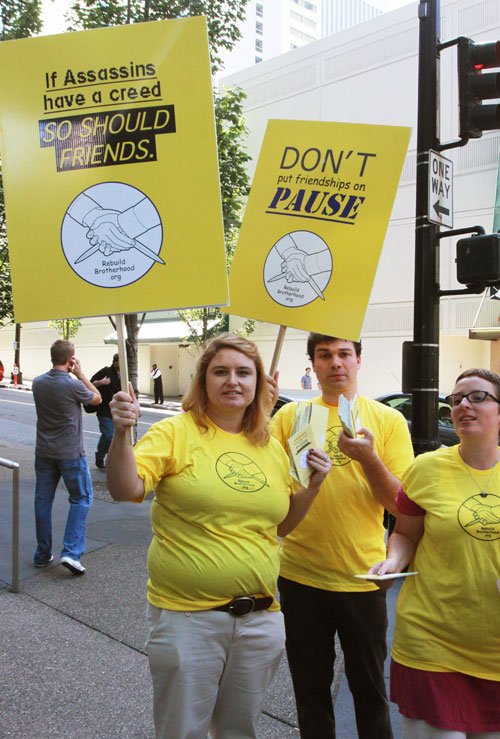 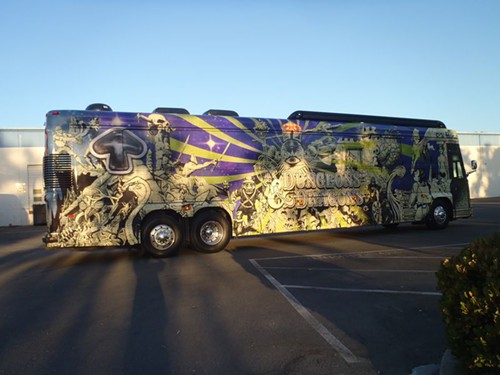 *There is no escape from Mudedism.

The Stranger Testing Department is Rob Lightner and Paul Hughes.