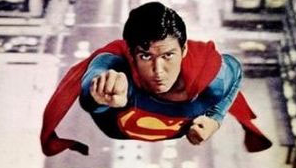 The nerd world has been abuzz for the last 24 hours about the choice of Zack Snyder as director of the Superman movie. I have no problem with the choice: It's true that Snyder has made a couple of movies that were emotionally empty, but he really knows how to throw nerdy gorgeousness up on the screen (although he should quit with the slow motion). I'd be more worried if Christopher Nolan wasn't overseeing the project as a kind of godfather; I have faith that Nolan will bring some depth to the movie.

The thing that worries me is this vague sentence:

[David] Goyer is writing the script, which, like Superman Returns, is rumored to have a connection to Richard Donner’s Superman films. In this case, it’s the villain, General Zod.

Look. You can read this a bunch of ways. (For instance: Maybe Zod as a villain will be the only connection between Snyder's film and Donner's film?) I really liked the Donner Superman movies when I was a kid. They're silly fun when you watch them now. But I don't understand why they are the be-all, end-all cinematic interpretation of Superman.

Did Christopher Nolan have to toss a Tim Burton nod into his Batman movies? No, he did not. For God's sake, the Donner connection murdered Superman Returns in the crib; why would you keep returning to those movies again and again? Tell us something new about Superman. After Charlie Brown and maybe Mickey Mouse, he's the most durable, recognizable cartoon character of the 20th century. There have been thousands of interpretations over the last eight decades; pick another one to make a movie about or, better yet, make your own.