Everybody cheered for Vice President Joe Biden today at a small rally in Tacoma aimed at scaring folks into voting for Democratic Senator Patty Murray. They cheered again for Murray, then for Congressman Adam Smith, and finally for Senator Maria Cantwell. But everybody did not cheer for Gov. Chris Gregoire, who was introduced to scattered boos.

As Gregoire spoke, about 10 green-shirted members of the American Federation of State, County, and Municipal Employees (AFSCME) turned their back on the stage. "She turned her back on us," said Rick Hertzog, an AFSCME member and employee at Western State Hospital, citing a lack of state resources that has resulted in his over-burdened hospital shipping residents to a local shelter.

Anyway, back to captain smiles: 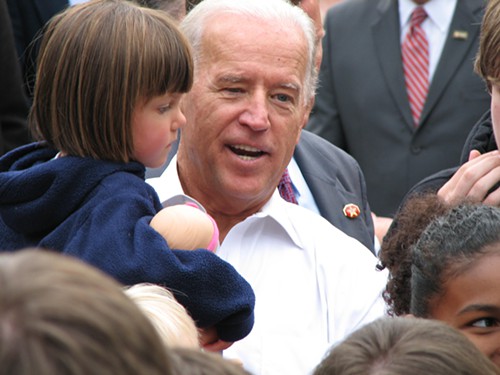 While on stage, Biden's rhetoric sounded like he was still campaigning in 2008. In fact, if you were in Tacoma for Biden's last campaign trip, you might have had déjà vu: criticism of Bush policies, warnings that anything but a Democratic victory would spell a return to deficit spending, and the threat of big tax cuts for the wealthy. Gregoire charged that Wall Street, under Republican reign, was, "playing Russian roulette with our savings."

Murray's opponent, Republican Dino Rossi, was quick to release a broadside in response to the rally. Citing U.S. Dept. of Labor numbers released today showing no change to the national unemployment rate, Rossi had this criticism for Murray: "Washingtonians who are struggling to find good paying jobs and pay their bills are wondering why Senator Murray is rallying with the Vice President who called the stimulus a success and said it had brought about the ‘Recovery Summer’ just a few months ago."

In what might have been the only recognition of the tight race this year, Murray harkened back to her first race for Senate. "I was outspent three to one," she reminded her supporters, possibly addressing her recent fundraising woes. Rossi out-raised Murray by $1 million in the third quarter.

As for the Biden gaffe watch, the Vice President only slipped up once, and made an adorable recovery. Mentioning his wife, Jill Biden, the veep absentmindedly referred to her as the First Lady. Recovering, Biden said, "I'm sorry, Second Lady. She's first lady as far as I'm concerned." Awwwww.

But boy, can that man spin a yarn. Between talking about his working class roots in Scranton, PA, and what it really means to be a middle-class American, he took up more time on the program than all of the other speakers combined. I have to admit, Biden lost me when he started quoting Yeats. But most of Biden's remarks, again, were well worn lines from the campaign trail. "We have seen this movie before, and it is a horror movie," warned Biden. Another favorite from recent weeks: "Don't compare me to the almighty, compare me to the alternative," he said.

In other words, fear is the bi-partisan emotion of choice this election season.

More pictures of Biden talking, glad-handing, and crushing a woman after the jump. 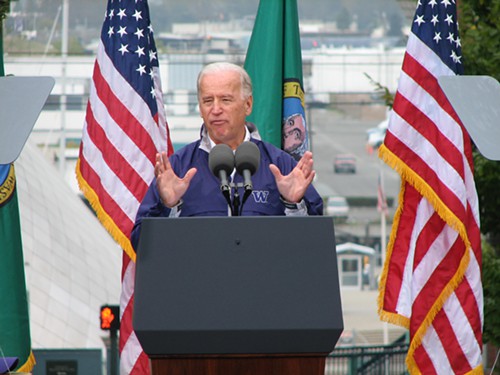 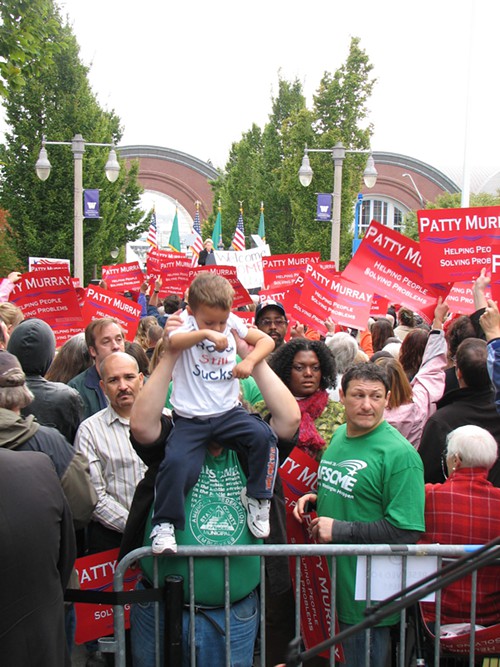 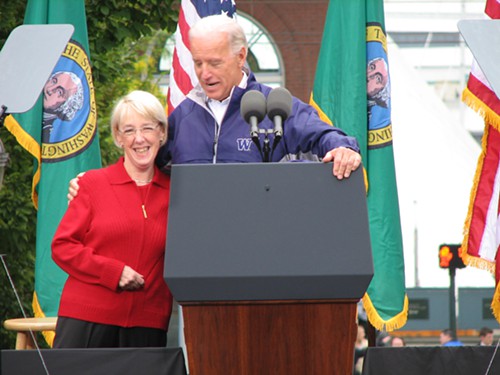 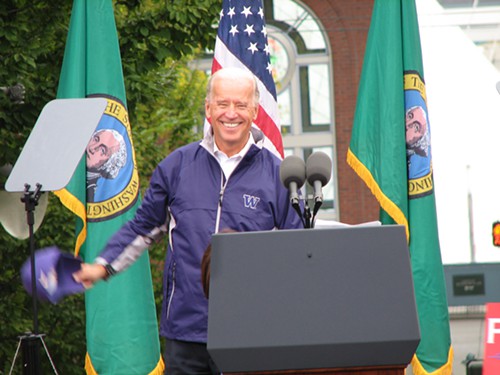 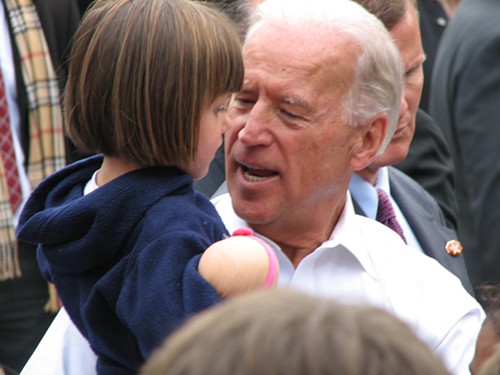 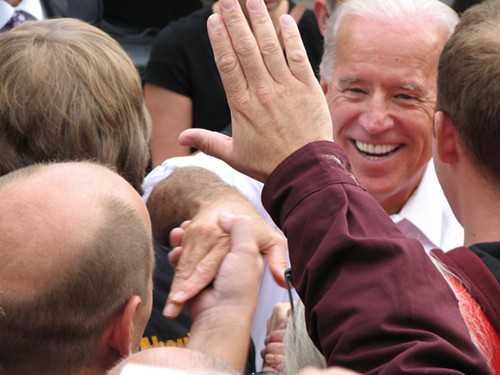 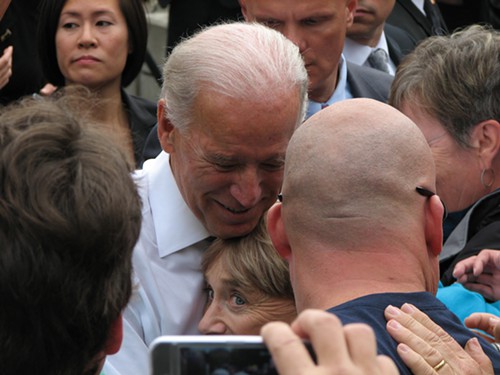